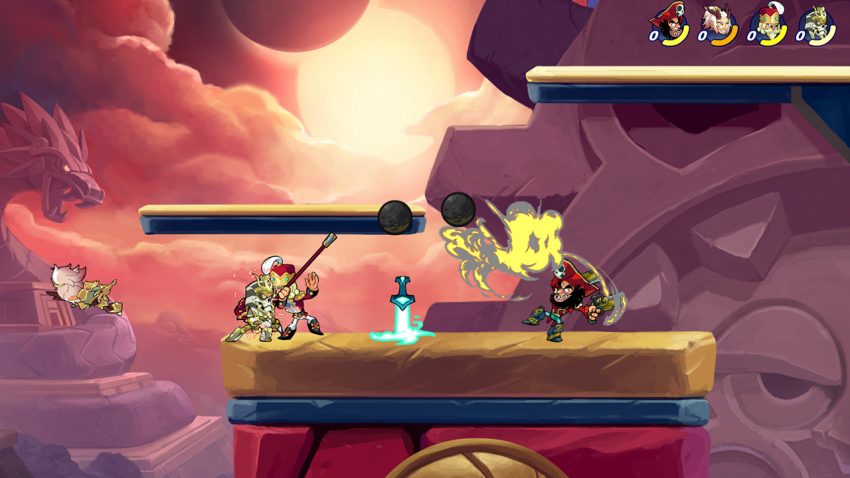 So this elf girl is Ember 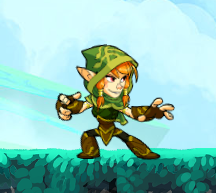 This, this is Ember. She is a character in the game Brawlhalla, both of which I enjoy greatly.

On this edition of Turtle’s Garbage Guides, I will give you the bare minimum of basic sig combos, and generally teach you about my favorite elven archer.

She has two weapons (as every character does.)
Katars and Bow 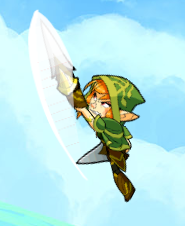 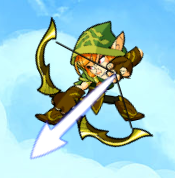 [WARNING!!]
This guide requires you to have basic knowledge of Bow and Katar combos/strings; I am teaching you the character, not the weapons. Anyway, onto the signatures moves, or heavy attacks… Or sigs.

Alright. My personal favorite part of Ember (because I’m mean) is the bow.

First, bow is one of my most favorite weapons. (Katars are as well, but the less favored of the two.)

Second, her signatures are all good (well, except for one, but we’ll get on to that later.)

So, first, is the Neutral Sig.

Ember throws out a little birdie. If said birdie hits someone, Ember then fires an arrow as well, dealing low to high amounts of knockback dependent on damage. This move can be combo’d from a D-light.

Of course, this will not happen at orange to brown damage, as the opponent will be knocked too high for the bird to hit them. 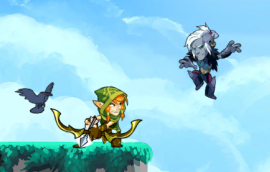 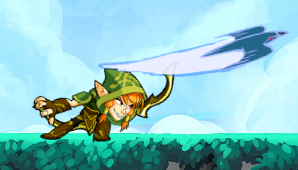 READ:  Brawlhalla: How to Rank Higher

This move can also be used reverse slide-charging off the edge of the map, although be wary: Sometimes the follow-up shot will not hit.

Bow Side Sig (Trigger Warning) and Garbage Down Sig

The most hated move in Ember’s kit, and one of the most hated in the whole game, has to be the elf girl’s bow side sig.

What she does, is she summons a wolf out of the ground, charging forward in a slight arc and shooting a follow-up arrow in a short distance ahead of the wolf. This arrow shot will be fired no matter if a target is hit or not. 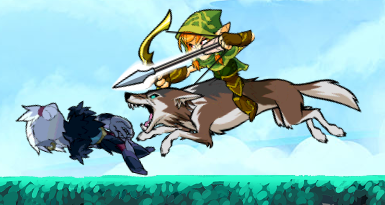 This move deals high knockback, with potential to kill from anywhere between dark orange to brown. It is a good anti-edge guard when GC’d off stage, and will catch close enemies trying to run away from it, if they are close to begin with, due to the follow-up arrow.

Now for the down sig. Okay, I’ll be honest, I used to try and defend this thing, but the hitbox on the arrow is just far too narrow to use effectively. 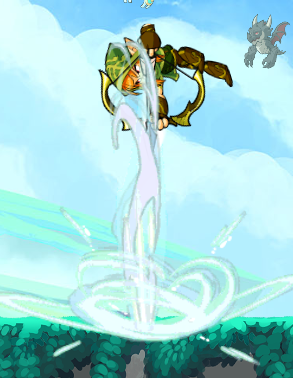 What Ember does is a front flip high into the air, firing an arrow down at a very short distance ahead of where she was standing.

The main issue of this move (as stated before) is the narrow hitbox. Half of the arrow you see here isn’t even counted as a hitbox, and even then, it doesn’t have much force to it.

What it is good at is punishing over-aggressive enemies. Basically, it’s a passive sig.

READ:  Brawlhalla: Step by Step Guide to Be Professional

Due to the low amount of recovery frames, and how high it sends the user into the air, you can easily follow this move up with a jump out of danger, or a Dair to punish someone who dashed or dodged away.

The move isn’t very good on its own, but it can be used to great effect. 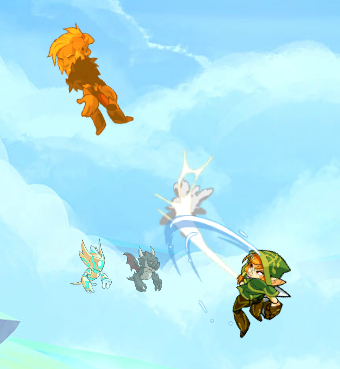 Don’t ask me how.

Don’t ask me why.

But she has knife hands.

These sigs are very simple, so I’ll keep it brief.

Her Katars neutral sig has her jump into the air, spinning around multiple times and finishing the move with a large swing. This move can be combo’d with an N-light on the ground, knocking the enemy up to get hit with this move. It can kill from orange to brown, and isn’t very easily punished. 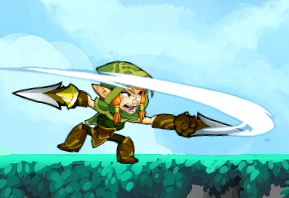 Next, there is the side sig. Ember dashes forward twice, swinging in a large arc with both swings. The moves is best thrown out randomly, and can’t be combo’d into anything besides a Side Light on the ground. It can kill from dark orange to brown, and can be used as an anti-edge-guard to great effect. 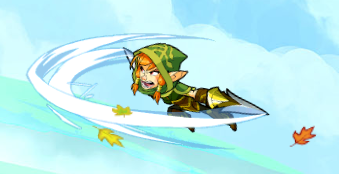 Finally, the down sig. Ember dashes back (PASSIVE SIG), before dashing forward again, sweeping in a massive arc in front of her. This move has incredible force, killing as early as dark yellow in some cases. Said cases are slide-charging off the edge to chase down an enemy in deep.

Not so much conclusion, as much as recommendation
Ember is a good character.
READ:  Brawlhalla: Koji Guide (Combos & Signature Kit)

She’s not broken, but she’s not garbage. She’s in the middle ground, just where I like her.

She has two good weapons, and quite easy weapons for beginners (IN MY OPINION).

Her sigs are good, but easily punished. They most often lack the force necessary to kill easily, leading to chokes a lot unless you’re amazing.

If you haven’t done so already, give Ember a try. She’s a good introduction to Katars and Bow, and a quite fun one at that, it turns out. 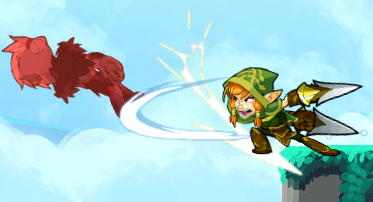 See you heathens next time.