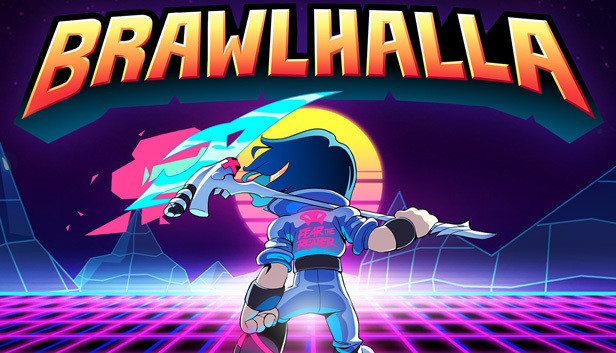 For Brawlhalla begginners, while fighting games are much easier to comprehend on a base level compared to a MOBA, keep hitting someone until they have no health or hitting them until they get knocked off stage, there is a lot of in-depth terminology when it comes to understanding high level play. So, this guide hopes to give you a basic definition for many of the terms you will hear commentators use when casting tournament matches.

When talking about training mode most players don’t actually use it effectively. In all aspects training mode allows players to enter a “flow state” within the game so they can basically do the most optimal things without consciously deciding which exact moves to use.

What is Data Crunching?

Data Crunching in Brawlhalla is not very simple to do but the result is actually amazing.
Imagine playing lets say hammer for example:
Watching countless footage of top players playing the weapon then comparing what works to what doesn’t
Then practice interactions where you can successfully win a “trade” or gain an “advantage state”
Write it down and repeat it until it becomes a muscle memory thing similar to some movement habits you might have picked up.
Not only will this allow you to then focus on other things in the game but the more data you have the better your game plan can be statistically speaking.
That way you can play effectively while also bettering yourself in the process.

What is a frame?

Every attack in a fighting game follows the same pattern of startup, active and recovery. Startup is exactly as it sounds, the period of the attack animation where no hitbox is being projected. Active is where you move projects a hitbox and an enemy can be hit by it. Recovery is where your hitbox has gone and your character is returning to a neutral position.

What is Frame Advantage?

Frame Advantage is where you have more frames to input an action before the opponent can do something. Say your opponent had a move that had 6 frames of startup before the hitbox came out, that means you have 6 frames in which to do something before you are hit by the opponent’s move. So, if you had a move with a 4 frame startup, you would hit the opponent before their move came out and thus have frame advantage. This is a massive part of mastering a weapon in brawlhalla, as you need to learn which of your moves beat out your opponent’s.

What is a Frame Trap?

What is a Hurtbox and Hitbox?

A hitbox is simply an area in which an attack can damage an enemy. Hitboxes will often match up with the animation of a character so if someone is hammer sairing, the hitbox will be along the hammers head. You can also get disjointed hitboxes which is where a hitbox is not attached directly to a character, so at the end of a sword for example. This usually means that a person can attack with this hitbox and not get hurt if it hits an enemy’s move.

Talking about someone who is good at footsies, this means they are good at winning the neutral game and establishing control in the match. Footsies is the phase of a match where players are scoping each other out, usually moving in and out of the range of a sweeping attack, in order to either land an attack or bait their opponent into attacking, so they can swing the momentum in their favor.
The concept of footsies is so huge that you can’t really pin it down in a specific way. It encompasses all of the important fighting game ideas: spacing, baiting, zoning, whiff punishes, corner pressure, the list goes on and on. Your understanding of footsies will only grow as you continue to learn and master various aspects of fighting games.
READ:  Brawlhalla: Koji Guide (Combos & Signature Kit)

What is a whiff and whiff punish?

Whiffing is where you miss a move entirely. Whiff punishes are exactly what they sound like: punishing the opponent for a whiffed move. But there’s a reason why this is so essential to master; when a character throws out a move, their hurt box is extended to the area where they just attacked. If you can time it properly, you can barely dodge an attack and then hit where their attack just was, and it will register as if you hit them normally after that is hit is confirmed you have now successfully attacked an opponent after they have missed a move and then lead it into a combo.

What is playing Passive or Safe?

Putting these together, you can sort of see how a battle for space would play out: two players are moving back and forth, tossing out safe moves to try and bait one another to attack. One player finally commits and either; Lands a hit and goes into advantage or Whiffs and either gets punished/goes into disadvantage, or the situation resets.

Baiting is done through a combination of movement and throwing out quicker, safer moves. The idea is that you want to be in complete control of your character and put yourself in a position where you seem vulnerable. Ideally, your opponent will try to punish you and you’ll be able to avoid it and capitalize on their missed attack.

What is Hit Confirm?

A hit confirm is a method by which a player can discover whether a combo is safe or not. By throwing out a move which is safe in neutral for example, a player can ‘confirm’ in their mind whether they should continue their combo or disengage in order to give themselves enough time to react to an attack from the defending player.

What is a Mixup?

Most players use limited tools in neutral and it hurts them in the game so badly. “In a you vs your opponent” aspect your opponent will eventually pick up on this and choose the options that you simply don’t have the answer for. The solution is mix ups. Mix ups are when an opponent expects you to choose a certain option, either because it’s considered a strong option or because you have previously done it before, and then you choose a different option. Mix ups aren’t always done on reaction. Rather, you get them from recognizing situations over time and also reading what your opponent does and downloading information on them.

Match ups are often the basis for tier lists, as characters with many favourable match ups are regarded as top tier. Match ups are regarded as good or bad based on factors like speed, dexterity, ability to counter the opponent’s play style, strength and so on. Match ups are often talked about in ratios like 7:3 or 65:35, which is what the ratio of wins and losses would be if two players of equal skill played these exact matches a set number of times.
READ:  Brawlhalla: Koji Guide (Combos & Signature Kit)
That’s all we are sharing today in Brawlhalla Basic Guide for Beginners (Learning The Game), if there are anything you want to add please feel free to leave a comment below and we’ll see you soon.
Credit to Cosmic