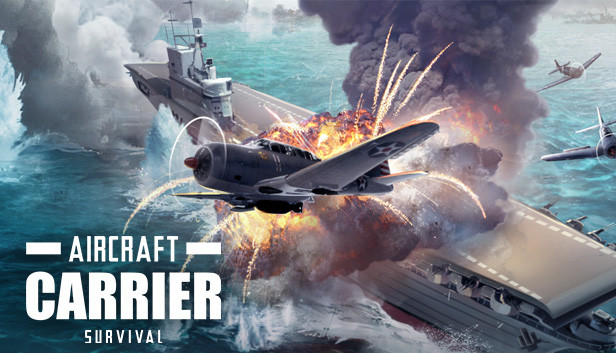 For Aircraft Carrier Survival players, this guide provides a tier list of all escort vessels in the game along with my thoughts on their usefulness.

Generally speaking, those that increase your carrier and escort defenses are the most valuable. Having enough of them allows you to shrug off attacks without having to deploy CAPs or AAs and continue your operations without interruptions. Prioritize your defenses. Everything else comes after.

These are very useful throughout and should be used at all times once you unlock them.

This is the only vessel with Carrier Defense +2 and should be part of all your missions from the mid-game onward. The active ability is rather useless though, as you don’t typically need that much defense vs. land bases, although it could help you deploy fewer planes and save you time.

This is one of three vessels that have a total of +3 defense, two for escort and one for carrier. Unlike Free CAPs, this active ability increases defense by +2 for the entire duration regardless of number of attacks and has a reasonable cooldown – much more useful when it comes to late game. The only drawback is that it only does so for either the carrier or the escort but not both (while CAPs and AAs increase defenses for both).

This vessel also has +3 defense total, and its Free Mission can be used to deploy a CAP, counter submarines, counter scouts, recon, attack a straggler, or most likely – deploy a friendly CAP to protect mission objectives in a pinch. Very versatile.

While lacking in Carrier Defense, the Remote Pick-Up is extremely useful for recovering your massive strike groups which would take forever to land on your main carrier, allowing you to keep your CAPs, anti-scout and anti-submarine operations going, or launch & recover even more attacks. This also allows you to strike beyond your recovery range and avoid putting your carrier in danger.

These are useful but less effective in the late-game.

This is available from the start and remains useful up until around middle game. However, as each CAP only works against one attack, it is considerably less useful toward the end where you’ll have as many as 3-4 incoming attacks going on at once. But it is still somewhat usable as most attack patterns have one very strong attack in the middle of weaker attacks, so you can time the ability to that exact wave and let your residual defense deal with the rest.

It also has only two hit points. In the event that the escorts actually take a hit, it is in considerable danger of sinking.

If all your AAs are out, activating this can give you back those 3-5 defenses. However, like CAPs they are only good for one attack, take up valuable crew transfer time, and have long cooldowns. This is actually quite useful but there is another factor: you also have a commander ability that does exactly the same thing, but doesn’t take up an escort slot. This knocks it down into the B rank. But still, if you lack the commander points or if they’re usually stuck doing Cryptanalysis, then this escort can do it.

Chicopee (Type III)
Supplies Capacity +10%, Active: Reduce the cooldown of another escort by half (6h cooldown)

This synergizes very well with Free Mission and Remote Pick-Up allowing them to be vastly more useful. However, you’re giving up 2-3 defense points which is simply too much and will not work in the late game. It is fun while it lasts though.

These are too situational, few opportunities to be useful.

These three are similar in that they prevent you from being attacked for 2 hours at a time. The duration are just too short to really matter. Eventually you will be attacked (or out of cooldown) and you want to be able to deal with that, rather than counting on not being attacked.

Defensive Strategy doesn’t actually seem to ever work for me – not for preventing attacks from showing up and not for successfully defending against attacks when you don’t have enough defense. At least the Cleveland has good defense values, but you’ll get better mileage out of the Fletcher II or Saipan II.

Decoy and Counter Scout can synergize with the Surprise Attack commander ability, but the opportunity to use it is too few and far between. It’s not completely useless but there are better things to take.

Even in late game, submarines don’t show up all that often. You might go an entire mission without seeing any.

It can save your carrier from a powerful attack in a pinch, but your escorts are quite valuable themselves and you don’t want to get them damaged either. If you have low-hp escorts (like Saipans), they are far more likely to be sunk than your carrier. It’s better to take an escort who can provide CAP or defense instead of just redirecting the hit.

This can be fairly useful in the early game when you need to attack a huge fleet that has a support ship providing some bonuses. However, it takes 2h to execute, and does not guarantee that it’ll hit the one you want. In fact, there are support ships in enemy fleets which actually give YOU bonus offense and you don’t want to hit that. Most of the time it’s too slow and too unpredictable to be really useful. Also, you’re giving up valuable defense.

Radar can be useful when you’re hunting something down and you’re going toward them, but it is not useful at all defensively because enemy attack ranges are huge and, because of how the game works, you are considered detected at all times once the fighting starts. It won’t ever replace Recon. Again, you’re giving up Carrier Defense for this which is usually not worth it.

Once per mission, it can give you two planes you lost and you only get two of the same type. I know people say it saves you supply points, but this was not the case for me as the replenished planes disappear after the mission. You can try it out to see if it works for you. If it does work, 2 points per mission is quite a lot early game, but meaningless late game.

Mid-battle, if you lose a lot of squadrons, this can be your saving grace but generally speaking you should not be taking that kind of losses. It is also less likely to be a problem late-game as you can carry quite a lot into battle.

Again, this is not worth giving up 3 points of defense for.

These are generally never useful.

This gives a small amount of extra defense for your air strikes maneuvers, which can add up if you stack multipliers on them, but you’re also giving up a lot of carrier defense for that. Usually there is enough maneuver defense without the need for this, and when you don’t have enough, it’s usually because an enemy unit is disabling defense in some slots entirely, in which case this won’t help either.

You rarely have any problem with supplies in most missions. You cannot attack at night anyway and the enemy usually will not attack you at night either, which is the perfect time to resupply each day. Heck even if you resupply mid-day, it’s rarely a problem. These two also have no active abilities to speak of.

DCs already work very quickly even at their default speed. Even if you need more speed, that need tends to be temporary, which is what crews are for. It’s not worth giving up an escort slot for what one experienced crew can do.

Escort ship repair is not completely useless, but it’s better to prevent that damage from happening in the first place by deploying escorts with better defenses.

Temporary DC team can be useful if your carrier is heavily damaged and some slots in the DC department are disabled and the crews are injured. But you know what’s better at this point: having enough carrier defense so you never get into that situation in the first place.

That’s all we are sharing today in Aircraft Carrier Survival Escort Vessels Tier List, if you have anything to add, please feel free to leave a comment below, you can also read the original article here, all the credits goes to the original author Mizstik