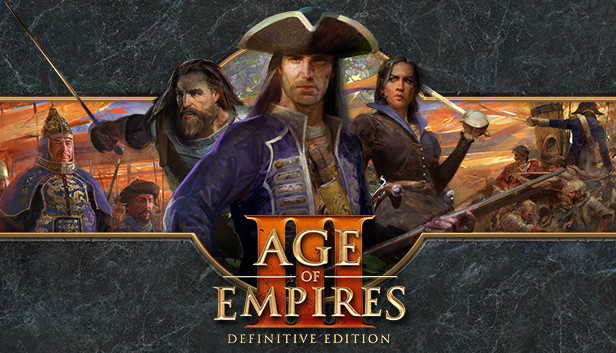 For Age of Empires III: Definitive Edition players, this guide provides the achievement list and the guide of how to unlock them, let’s check it out.

Note: all achievements can be obtained using cheats and taking advantage of the scenario editor unless stated otherwise in the description.

What a beautiful city
Customize any Home City

See My Vest!
Unlock all Cosmetics of any Civilization:
Unlock everything for a home city, requires a pretty high level.

You don’t need wings to fly
Deploy an Advanced Balloon:
Equip the above card from the European civs’ Trading Company and ship it.

The comforts of home
Receive at least 100 shipments total from your home city in any mode
Cumulative between games.

To the seas!
Deploy ‘3 Galleys’ from your shipments as the Ottomans:
Equip the above card from the Harbor in your deck and ship it at age III.

War Wagons
Deploy ‘4 War Wagons + 4 Uhlans’ from your shipments as the Germans:
Equip the above card from the Military Academy in your deck and ship it at age IV.

Fierce Cavalrymen of Tartars
Deploy ‘9 Cavalry Archery’ from your shipments as the Russians:
Equip the above card from the Military Academy in your deck and ship it at age IV.

Big Brothers
Deploy ‘6 Cuirassier’ from your shipments as the French:
Equip the above card from the Military Academy in your deck and ship it at age IV.

Pike and Shot!
Deploy ’24 Pikeman’ from your shipments as the Spanish:
Equip the above card from the Torre del Oro in your deck and ship it at age IV.

Congreve Rockets
Deploy ‘2 Rockets’ from your shipments as the British:
This refers to the purple repeatable card from the Military Academy on age IV.

Riders!
Deploy ’17 Ruyters’ from your shipments as the Dutch:
Equip the above card from the Military Academy in your deck and ship it at age IV.

Ribauldequin
Deploy ‘5 Organ Guns’ from your shipments as the Portuguese:
Equip the above card from the Military Academy in your deck and ship it at age IV.

Winning!
Win your first multiplayer reward:
Win an award from the post-game summary after a multiplayer game.

Raising Conquerors
Win your first multiplayer game
For this and the achievement below, any game including scenarios counts.
READ:  Age of Empires III: Definitive Edition How to Automatically Skip Intro Videos

Old fashioned
Win game on Hardest difficulty without upgrading your Town Center:
You cannot start the game any later than Age I and you cannot move to the next age.
The difficulty referred is the one called “Hardest”, which ironically is not the hardest.

No Mains
Win all Skirmish games with all Civilizations in Hardest difficulty:
To be detailed.

Budget Cut
Win a Skirmish game without requesting any Shipments
If struggling, play on lower difficulties for this achievement and the ones below.

Here comes the cavalry!
Win a Skirmish game with only cavalry and artillery units:
Do not use infantry or naval units. You can cheese it with the monster truck.

Whatever the price… I’ll beat it!
Win a Skirmish game with only mercenaries units:
Do not use any military units other than mercenaries trained at the Saloon.

Community
Win either Skirmish or Multiplayer game and have 25 villagers working on the Community: refers to the former Fire Pits from Native civilizations.

Alliance
Win either Skirmish or Multiplayer game and have formed alliances with all native villages: play on a map with few native villages to make it easier.

Trades Master
Win either Skirmish or Multiplayer game and have occupied all trading posts on the map: play on a map with few trading posts to make it easier.

The Earth is flat!!
Explore an entire map in either Skirmish or Multiplayer game:
Actually obtainable by simply opening the scenario editor.

Content Creator
Make your first Scenario in the Scenario Editor:
Head into the scenario editor, click on File at the top left, then Save.

Every moment I live… is agony
Revive your fallen Explorer:
Let your explorer die, let him heal, and walk to him with any unit to revive him.

Imperial Age
Advance to the Imperial Age with any Civilization:
Simply go to Age V.

Strike!
Kill at least 10 enemy troops from a rolling cannonball:
To be detailed.

We need more wood!
Build every building:
To be detailed.

My Hero
Rescue 100 People in need of help:
Kill guardians holding people hostage from the treasures scattered around every map.

READ:  Age of Empires III: Definitive Edition The Art of War - How to Obtain All Gold Medals

They belong in a museum!
Collect at least 100 treasure objects from maps in any mode:
Collect treasures objects scattered around every map.

A Pirate’s Life for Me
Destroy at least 100 ships in any mode:
Use a heavily naval map like Ceylon to speed this one up.

Wonders
Build all 15 Wonders:
Build each of the 5 Wonders from each Asian civ, you can only build 4 in one game.

Faith
Convert 100 neutral or enemy units:
Use the War Chiefs’ or the Incas’ priestesses’ convert power.

Elephant in the Room
Build 100 Elephant units in a single game:
Available only to Indians and you’ll have to make a lot die to train 100 of them.

Animal Whisperer
Control all pets:
Use a War Chief to convert treasure guardians into pets, list of what you need:

Axehilt the Tame Tiger:
– Found in nearly every Asian map.
– Deployed from the Indian home city.

Kermond the Pet Monitor Lizard:
– Found on Asian maps (Indochina, Borneo) as a Komodo Dragon.
– Deployed from the Japanese home city.
– Rescued from treasures in Yellow River and Silk Road.

Pete-Pete the the Pet Panda:
– Found in Yellow River and Silk Road.

Duber the Pet Monkey:
– Rescued from treasures in Siberia.

Freitag the Pet Macaque:
– Rescued from treasures in Indochina and the Himalayas.

If you have no honor and really wish to cheese this achievement instead of hunting every animal down, you can choose to head into the scenario editor, go to Objects, Place Object, Units category, and then scroll for all the units that start with ‘Pet’. Place them all on the map as Player 1 and you will obtain the achievement.

READ:  Age of Empires III: Definitive Edition How to Start with Revolution Decks.

Animal hunter
Hunt all animal species:
Currently this achievement has a 0/500 counter that never progresses and makes no sense. I have also tried to hunt every animal that gives food and every fish-whale to no avail so far.

That’s all we are sharing today in Age of Empires III: Definitive Edition Achievements List & Guide, if there are anything you want to add please feel free to leave a comment below and we’ll see you soon.