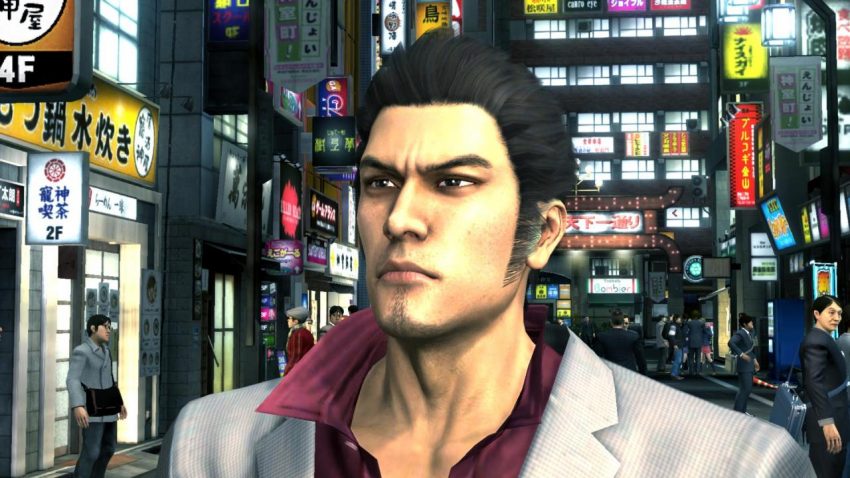 Kiryu will run into a reoccurring character throughout the Yakuza series, Mack Shinozuka at the end of Chapter 4. They are pretty funny and are par for the course with the humor we know and love from this series so def check them out. Each revelation will be preceded from a text/email by Mack telling you about what he is seeing for Kiryu to check out throughout both Kamurocho and Okinawa. So if you never got a text from him describing the event, it cannot be acquired at that time. They are easy to find, just look for something that is “out of place” in your surroundings.

You will need to go into first person mode to trigger the QTE for you to react to. Once you take your 3 pictures you are asked to select a caption which if you get the correct one, you will get a new move set whether it be a heat action or a finisher. (if you fail, you will have to do it again from the start). You will know if you get it right if there is a quick cutscene of Kiryu acting out the move in a black/white fight scene.

Note: there is no achievement triggered for this event. It’s mainly there to increase your combat options and the Soul Stone which is really useful if you’re playing on Legendary.
While these will help you with normal and boss fights, mainly they are for the coliseum battles where you need to vary up your move set to increase your popularity with the crowd to progress through that quest.

While you can get these revelations at any time during the game (after they have unlocked) please note the time of day restrictions.

Note: there is no achievment triggered for doing all of this. The main reason is to increase your combat options and to get the soul stone which can come in handy if you’re playing on legendary. Also the QTE are pretty funny.

Use Caption: “Leap, flip, and stick the landing. Magnificent.”

Location: At the end of Chapter 4 – Kamurochu – (during the night) – Tenkaichi St. (across from Stardust)

Notes: Look for a man is being “aggressive” towards a school girl near New Serena, across from Stardust.

Use Caption: “Amazing dance. Can I use my legs like that, too?”

Notes: You will need to be solo during this so you need to dismiss any companions you have with you. Go into the bikini bar (watch the show (you can hit “select” and quit out to skip)). Now exit the bar back onto the street. The Salary man will be above you on a lamp post with a crowd watching him from below.

Notes: There are multiple steps to this and the main requirement is opening up access to the “The Dragon Palace.” and learn a prior skill from Komaki. Do the following.

1) Complete the substory “Return to the Dragon Palace”
2) After you have access to Dragon Palace, go to Stardust and a homeless man will run up to you saying that Komaki (your master and another reoccurring character in the series) wants to meet up with you. Go to the Dragon Palace Dojo and he will ask you to defeat his former pupils. He will tell you where they’re located and then the quest begins.
3) Pupil locations:

4) Return to Komaki and fight his latest pupil. After he will teach you “Daruma Tumbler”
5) Go to the batting cages and look at he girl watching her boyfriend inside one of the batting cages.

Use Caption: “You could knock down everything with a ball his size.”

Notes: Once Rikiya texts you that he’s at a park go inside Mach Bowl and focus on the 3 guys on the right side.

Location: End of Chapter 6 – Kamurocho – (during the night) – South Senyo Ave – (at the end dead end alley that leads to the east edge of the map)

Use Caption: “If only he hadn’t been holding that soba…”

Notes: At the end of the alley, you’ll see the soba delivery driver on motor bike, holding a bunch of trays with one hand.

Use Caption: “He underestimated his son because he was lying down.”

Notes: You’ll see a child and his father in front of a store arguing over the dad not buying his son a “toy.”

Location: Chapter 9 – Kamurocho – (during the day) – Nakamichi St (south side)

Use Caption: “Fleet feet are the secret to dealing with crowds.”

Notes: You’ll see a female barker bending over looking into a box.

Use Caption: “Poor guy just had some tough luck.”

Notes: You’ll see a salary man in a black suit with his head looking towards the ground.

Location: Chapter 10 – Okinawa – (during the evening/night) – crossroads in the middle of Hatsumachi

Use Caption: “The alcohol made him limber and streamlined his power.”

Notes: Go to Hatsumachi and the two guys will be standing in the dead end road near the hostess club. You can have Haruka with you and don’t need to dismiss her.

After finding all of the revelations you will get an email/text from Mack saying that he’s proud of you and that a third reoccurring character, Bob Utsunomiya, has your reward (a sacrifice stone). Now all you have to do is find him. If you don’t know who that is, he’s dressed like a clown. When you talk to him, you will get into a mildly entertaining back and forth.

In Okinawa he’s on the street opposite the metro station near the pawn shop.

In Kamurocho he’s on the southern end of Tenkaichi St entrance.

That’s all we are sharing today in Yakuza 3 Remastered Revelations Locations for Both Kamurocho and Okinawa if you have anything to add, please feel free to leave a comment below, and we’ll see you soon.
Credit to Brick Frog