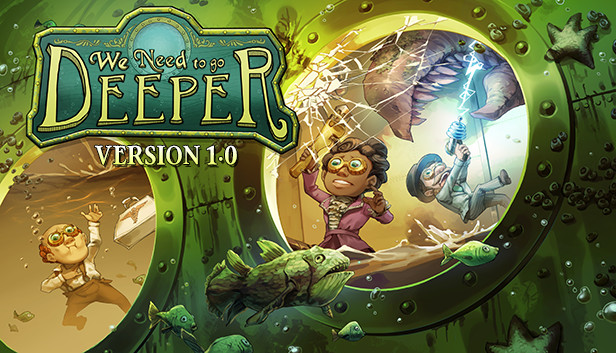 This guide will be focusing on the changes from the hard mode / awakened mode, however of course it hasn’t got everything like the new monsters.

The information by the update notes states the following:

-Gamemode only playable after beating the game once (you then have to buy the lantern in the shop, you can use it in the lobby to make the game hard mode if you are the host, then you have to buy it again)

-No midgame joining, however this seems to be broken

Don’t forget that every time you launch hard mode you have to buy the lantern again (1000 Gold), so make sure you got a good crew that can play the entire game long. You can find such people either on the steam forums or on the Discord server.

Perma death ain’t a joke – once you are dead you remain a spectator.

Several new enemies, the most important one being the Shambler / Ghost.

All new enemies really stand out and are easy to spot.

A ghost that will randomly appear on the submarine. It will target one player and attack them. An attacked player will be teleported into an alternate world and will have to try to escape.

He has a tendency of getting stuck and usually disappears after 7 secounds, however don’t let his “harmless” behaviour fool you – being in an alternate dimension at the wrong time can be a death sentence.

Note: I have only been teleported to one so far.

An alternate dimension will usually include several strong enemies including the ones the time traveller can spawn, be underwater / no air, and several confusing background elements.

This creature seems simmilar if not replaces the swordfish in the normal depths. It can be very annoying so make sure to dispose of it early.

Worm, Threat: Low?
A green worm-ish creature that can spawn inside the dark depths. It will try to come near your submarine and grab it, however it dosen’t always hit. Concequences of a grab are unknown to me. 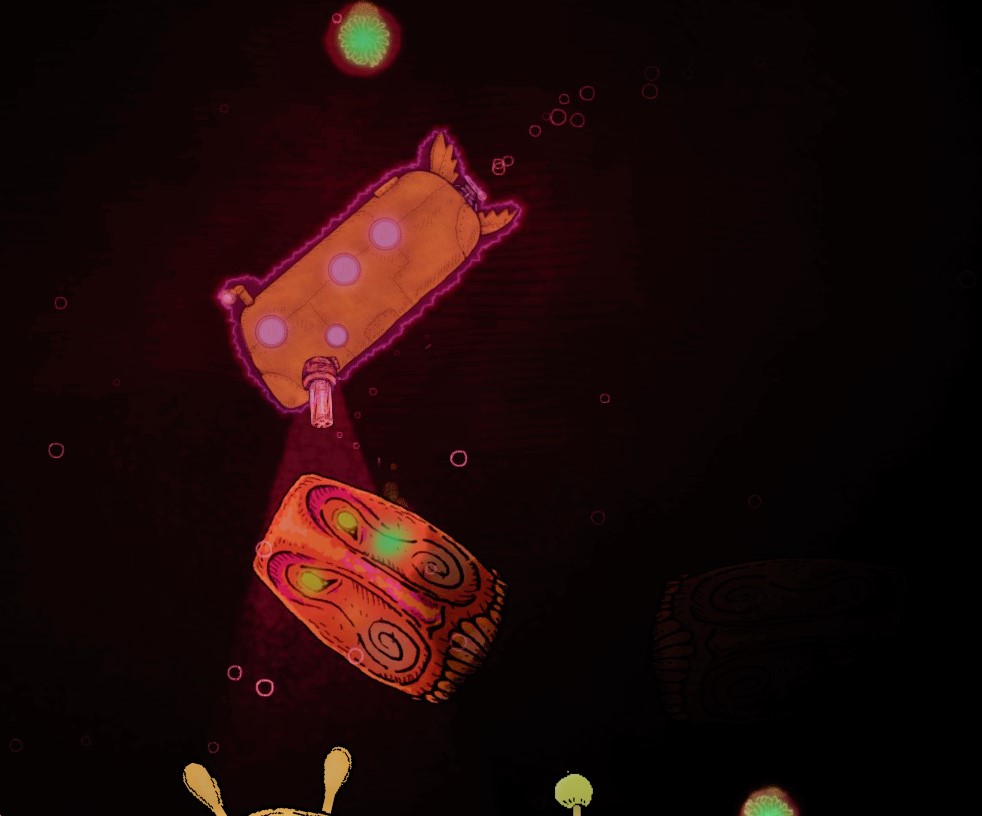 Green Tiki-ish heads that spawn in the volcanic depths. They follow the submarine at slow speed and spawn green orbs, however colliding with the heads has no effect, neither does destroying them. You can either kill them just in case or leave them be for possibly less enemy creature spawns. 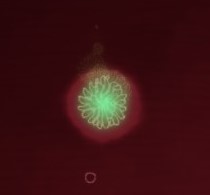 Green orbs that spawn from the spawners. They have no known gameplay effect. It is suspected that travelling trough biomes does not make them dissappear, which would explain why they re-appear in later biomes without any spawners. Their emitted light could be considered helpfull.

Any other entities not listed:, Threat: Yes

There may be more entinites not listed, so be aware.

The most important advice I can give you is to respect perma death and to avoid any possible risks. The recommendations below are purely theoretical and may not be the optimal playstyle for hard mode.

Best Submarine: Crevette
Players: 3-4, experienced, in voicechat, all have time
Gear: 1 normal wrench, 2 normal/pipe wrenches, 1 optimal item (recommended: Medkit)
Avoid attacking civs unless you have got gun, then you could maybe pick a fight with most.
Go for a balanaced power build, always have a shield.
Save batteries / EMPs / fuel for diffilcult battles.
Don’t die.