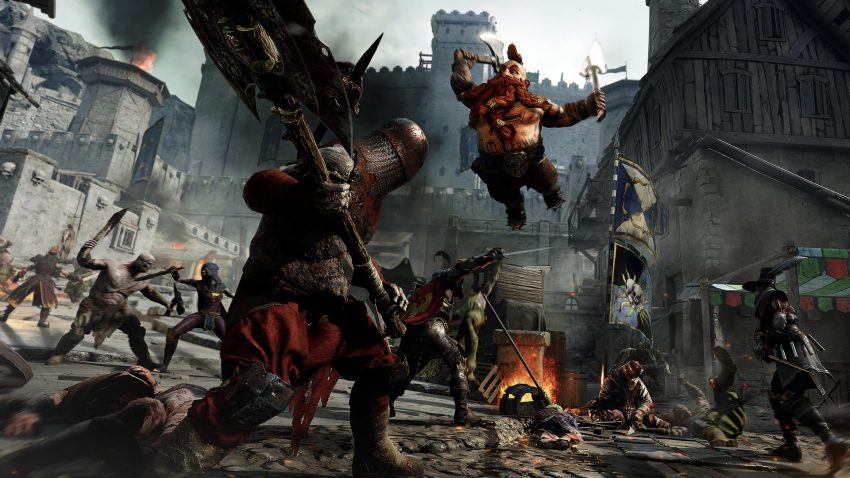 All you need to know about fighting bosses in the game.

Every single boss has its unique BGM. Listen carefully so that you can predict the next boss you are going to fight.

When you are fighting Boss + multiple units (hordes, elites), leave the boss and deal with rest of them first. If you have the agro from the boss, just focus on kiting.

Here is the basic agro mechanic of all boss. Some special cases will be analysed in next sections.

II. The ways to loss agro value are: losing agro with time, losing agro after you are controlled by specials, losing agro when you are hit by boss’s sweep attack (that sends you away).

III. Any stun (both bombs and career skill like Morale Boost) will rest the agro of boss.
Due to these items/abilities are also determined as an “attack”, you will most likely gain the agro of boss. So don’t stun the boss if you aren’t ready or your teammates can kite them very well.

IV: Overall, if you want to lose agro: get away from boss, stop dealing damage, take boss’s sweep attack. If you want to gain agro: get closer to boss, dealing higher damage than your teammates, use stun items/abilities.

DO NOT KITING BOSS BY SPINNING AROUND HIM
Some bosses, especially rat orge and chaos spawn, can turning around very quickly. Kiting by spinning around them is not safe, and they also can accidentally hit your teammates. If you don’t know how to properly kite them, just block and run away.

1. Storm Fiend tend to keep distance from players, and then spray fire.
The fire has long reach, cannot be blocked, deals constant DoT damage.
It also releases a flame trail on the ground. The flame trail also deals DoT damage, but can be avoided by jumping over them.
Both of these attacks can deal damage to enemy units, helping players to clean hordes sometimes, so unless you are cornered by him, it is an easy boss to fight.

2. When players getting to close to Storm Fiend, he will run away, or do a melee sweep.
The sweep has mid reach, can be blocked, will send players away.
Since the sweep attack comes out very slow, you can easily block them. Just always be aware of your location since it can push you into the river/cliff and instantly kill you.

3. When the Storm Fiend has around 30% HP, he will start to do charging attack.
The charging can be blocked, will send players away.
Same as sweep, just pay attentation to the terrain.

4. Storm Fiend is surrounded with armor except the control room on the back. The control room is treated as “head” in the game. Waystalker and WHC headshot bonus talent can help you deal higher damage. However Conservative Shooter and other headshot talent/traits cannot be triggered.

5. When the control room is attacked by several times, the Strom Fiend will transfer agro. It is the best way to gain agro except stun the boss.

How to deal damage：

When you are fighting it solo, try to dodge into its back. If your weapons have low dodge counts, just headshot him. Block the melee sweep and charging attacks.
When you are fighting it with team, separate your team into two groups (one from face and one from back). Since Storm Fiend will transfer agro automatically, players just need to stay at fixed orientations and everyone will have chances to deal damage to the control room.

Since Storm Fiend can clean the field and stay away from players, you don’t need to pay attentation to him if there are other units in the field. Predict its movement is also very simple. Block melee attacks and jump over the fire and it is the easiest boss.

3. When players are far away from Rat Ogre, he will us jump attack.
The jump attack has long reach, deals 0 damage and can be blocked, will send players

4. All these attacks can deal similar effect/damage to enemy units, so Rat Ogre can clean the field.
Notice Rat Ogre will also send enemy units away. Some of them may land behind you and damage you from behind. Pay attentation to them and change your kiting direction.

How to deal damage:

When you are fighting it solo, you need to know how to properly kite it first and then find the window to deal damage. We will talk about it more in the kiting section.
When you are fighting it with team, one person needs to kite it at the front and rest of team damage it at the back. If the boss transfers its agro, after clarifying who got the argo, re-group and keep the “one at from rest at back” mode.

If you are low health/not confident, the best way to kite is just blocking and run/dodge backward.
The proper way is: getting close to the boss→bait the low reach attacks→ dodge backward→ getting close to the boss→ bait again. When you are familiar with the time window, you can mix some attacks in the kiting.
Also, if you are going to be surrounded by other units, you can use a technique called “catapult” (by j_sat) : bait the running attack→block and jump. It will send you quite far away from boss.

1.When players getting close to Chaos Spawn, he will use arm slam, tentacle sweep and tentacle grab.
The arm slam has short reach, cannot be blocked.
The tentacle sweep has mid reach, can be blocked, will send player away.
The tentacle grab has long reach, cannot be blocked, but blocking can remove the first grab damage.
Tentacle grab deals one grab damage first, and then several deals bite damage. While dealing bite damage, the Chaos Spawn will regen his HP. If the player survived the grab damage, Chaos Spawn will slam this player on the ground several times and send him away after the bite damage. The last slam phase will not deal damage to the player get grabbed, but deal blockable damage to surrounding players.

3. Unlike Rat Orge, if the Chaos Spawn doesn’t hit the player after several close range attacks, he will go into continuous slam attacks mode no matter the distance between him and players. Keep an eye how much space you have.

4. All these attacks except the tentacle grab can deal similar effect/damage to enemy units, so Chaos Spawn can clean the field.
Notice Chaos Spawn will also send enemy units away. Some of them may land behind you and damage you from behind. Pay attentation to them and change your kiting direction.

How to deal damage:

Similar to Rat Ogre. One thing to know is that the head of Chaos Spawn is his “mouth”.

Similar to Rat Ogre. However Chaos Spawn will use continuous attacks after several successful baits, so pay attentation to how much room you have.
If you know you are going to run out of space, getting closer→bait a continuous slam attack→block and turn.
Catapult effect can also be used against him.

2.When players getting away from Bile Troll, he will use running axe slam attack.
The running axe slam has long reach, cannot be blocked, block can reduce part of damage.
However you will not receive damage from this attack if you are very close to the troll, making it very weird to dodge.

3. After a period of time or when the Bile Troll spawns, it will spit bile.
The spit bile has long reach, cannot be blocked, deals constant DoT damage.
If you touched the bile on the ground, you will receive DoT damage, movement speed slow debuff and your stamina will be drained. If you are directly hit by the bile, in addition to these effects mentioned above, you will be blinded.

4. After taking certain amount of damage (50% of current max RED health), Bile Troll will go down, and transfer 50% of current max RED health into YELLOW health. If you DPS is not high enough to take all yellow health away in certain amount of time, Bile Troll will transfer all remaining yellow health into red health. He will continue this circle until the red health is below certain number (around 200?).
Also, if the Bile Troll does not receive any damage in 3 seconds, he will start to regen naturally.

5. Unlike other bosses, the Bile Troll has poor tracking, meaning he will most likely swing at a completely irrelevant direction if you use dodge. This makes it harder for player to determine which player gains the agro sometimes.

How to deal damage：

Similar to Rat Ogre and Chaos Spawn.
Due to its specials went-down mechanism and natural regen, it is very hard for one or two players to take down Bile Troll. Help your team to clean the field and kill it together is the most efficient way.
Since the Bile Troll has lower max health than other bosses (1500 vs 2100) and the went-down mechanism, high DPS character can rarely gain the agro form troll due to the damage they dealt. So DPS character should avoid gain the agro when the Bile Troll spawn, and then you have high chance not to have the agro during the whole boss fight.

How to properly kite：

If you are low health/not confident, the best way to kite is just blocking and run/dodge backward. Since Bile Troll is the slowest boss, it is easy to get far away from him. You need to pay attentation to the spit bile attack, since you need to dodge left or right instead of back to avoid the slow and damage, which are critical for kiting.
The proper way is: getting close to the boss→bait the low reach attacks→ dodge backward→ getting close to the boss→ bait again. When you are familiar with the time window, you can mix some attacks in the kiting. However the close range attacks of the Bile Troll have quite different time window. You need some practice to be familiar with them.
Dodge left or right when the spit bile attack comes out. After a successful dodge, the Bile Troll will most likely lose its target. So you need to hold the block and get close to him to make sure you gain the agro, and then enter the bait cycle again.

Written by Royale with Cheese