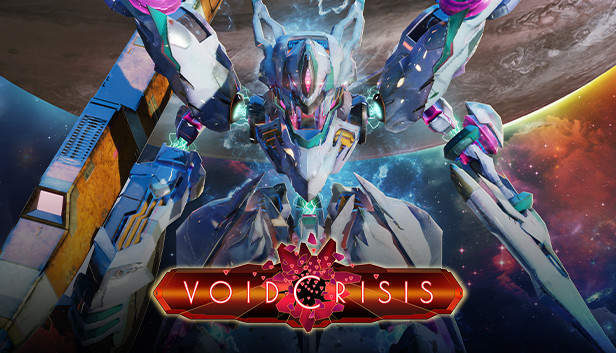 For new players of VOIDCRISIS who want to have a good start, this is a basic guide which will help you play the game. 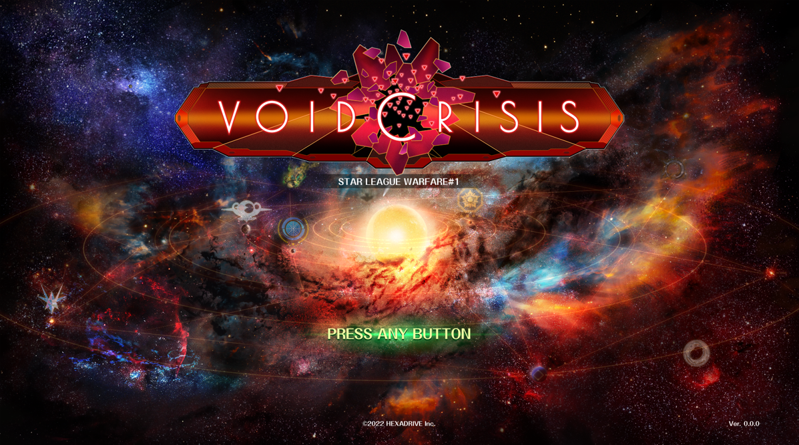 ②MODE SELECT screen
Select Multiplayer or Single-player (from the beginning).
Set the number of players, difficulty level, and password, and create a room.

③Create a room.
The number of players indicates the maximum number of players.
Basically, the default setting of 4 players is fine, and CPU can be set even with 4 players.
If you want to set a password, set the password to ON and press
Set the password using the keyboard in the input area below.
Finally, a room can be created by selecting the Create Room button.
After creating a room, you will be redirected to the MULTI PLAY screen.

④MULTI PLAY or SINGLE PLAY screen
Selecting the “+” mark moves to the VA CUSTOMIZE screen.
VA can be released.
In case of MULTI PLAY, players may enter the other 3 slots.

The number of tune-ups increases with the number of times you pay for each tune-up.
Therefore, selecting an item with fewer tune-ups will give you the best value for your money.
Tune-ups are tied to the VA, so they will not be carried over if the VA is changed.

⑦Preparation complete
When TP is gone, return to the MULTI PLAY or SINGLE PLAY screen and
Select the READY button.

⑧Scenario
While loading, you can check the scenario.
Left-click to send a page.

⑨Event
The start event will proceed when you enter the game.
You can SKIP by left-clicking and holding.

⑩Game Rules
VOIDCRISIS is a game in which the global core is not destroyed.
The game is cleared when the boss is defeated without destroying the global core.
However, there are phantom turrets on the way to the boss.
It is difficult to challenge the boss out of the blue.
You need to defeat the enemies, equip yourself, become stronger, destroy the phantom turrets, and then
You need to be ready to challenge the boss.

⑪Ex Matrix
By pressing the F key at the starting point of the game, you can convert the equipment called “Ex Matrix”.
Matrix” is an equipment conversion tool.

At the beginning of the game, there are three types of materials available (200 each), which can be used to convert equipment.
You can convert your equipment.
In addition to SPEED and ATTACK, you can also scroll through
DEFENSE, and ENERGY.
Once the equipment has been converted, press F or ESC to exit.

⑫Strategy in the early stages
After a short time, enemies will be rushing toward the global core.
Defeat the enemies while being careful of the phantom turrets.

Basically, it is recommended to enhance the automatic metamaterial acquisition function.
The global core auto-recovery function is used when the global core is severely damaged.

Defeat enemies, upgrade and
Entangle Cube to enhance the metamaterial auto-acquisition function.
This is the strategy for the early stages of the game.

⑬Middle stage strategy
When the grade has been raised to a certain level, start to attack the phantom turrets with your allies.
The phantom turret targets one person and keeps aiming with missiles.
The missiles are fired at regular intervals and can be avoided by moving left or right.

The missiles have a very high offensive power.
If targeted, it is recommended to focus on evasion.

⑭Final Phase Strategy
Once all the phantom turrets have been destroyed
attack the boss.

However, since it is tough with no energy, return once and
Clear the WAVE quickly and challenge the boss in a perfect condition.

The boss, like the phantom turret, targets and attacks one person.
The boss is very aggressive, so if you are targeted
Check the preliminary movement carefully and use left/right movement or boost to avoid the boss.

After the attack, there will be a gap, so launch your attack.
If you run out of energy or if the defense of the WAVE is thin.
Do not force the return.

⑮ Destroying the boss
When the boss is destroyed, a destruction event will occur.
You can also SKIP the boss by left-clicking and holding.

Finally, you can select Adjust Effect.
You can select 3 random buff effects.
The effect will continue until stage 4.

That’s all we are sharing today in VOIDCRISIS Basic Guide for Beginner, if you have anything to add, please feel free to leave a comment below, you can also read the original article here, all the credits goes to the original author ponzen