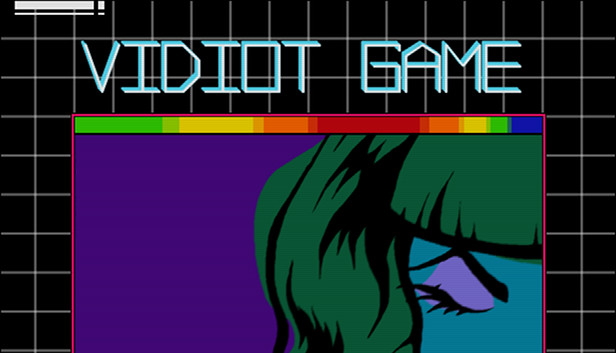 If you play Vidiot Game and want to get all achievements in the game, this guide will show you how to unlock 100% achievement, let’s check it out.

These achievements require you to beat the game with each character, those being: Potato, Fungus (the mushroom), and Utensil (the pan). Beating the game, in this case, means clearing a number of screens (I didn’t count how many, but I believe it’s around 10) without getting a game over. You get a game over by either failing in a minigame or picking a wrong choice in the multiple choice screens. This guide won’t include a list of every answer, but there’s not that many and it shouldn’t take long to memorize. 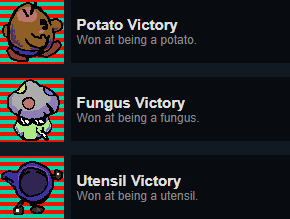 At some point in your playthrough, you’ll come across a variation of the room in the screenshot below. You have to pick up everything and exit before the time runs out. Depending on the variation, the timer can be pretty tight, but it comes up often enough that it shouldn’t take too long.

When you come to the screen with a wormhole, choose to jump in/surrender to it. 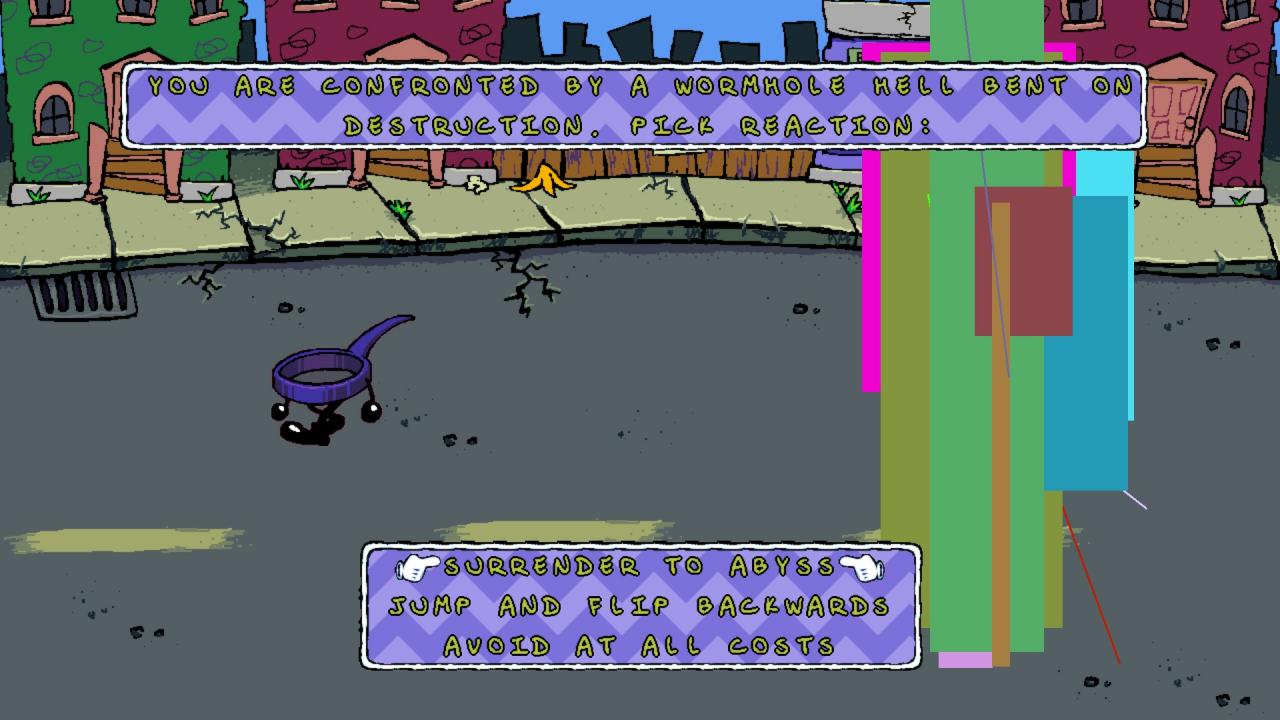 When you come to the screen when the wheel you can spin, try to land on the Maraca. 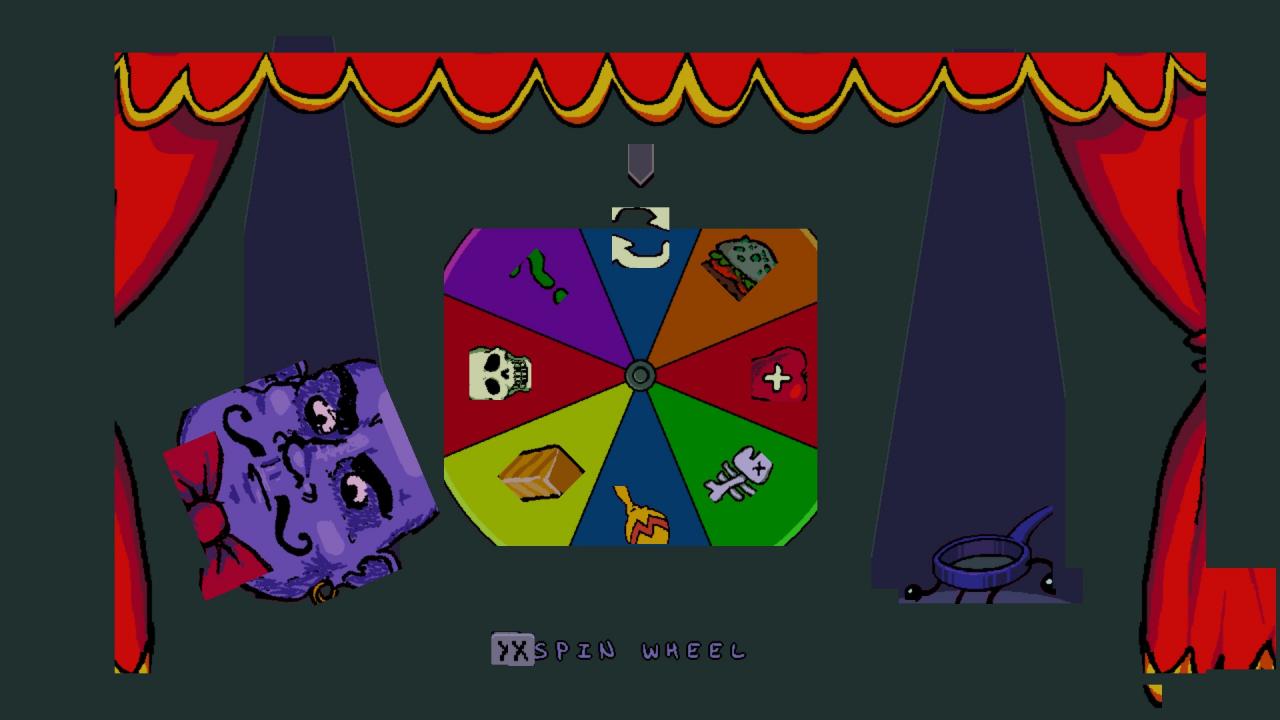 When you happen upon Bigfoot, kill him (you monster). 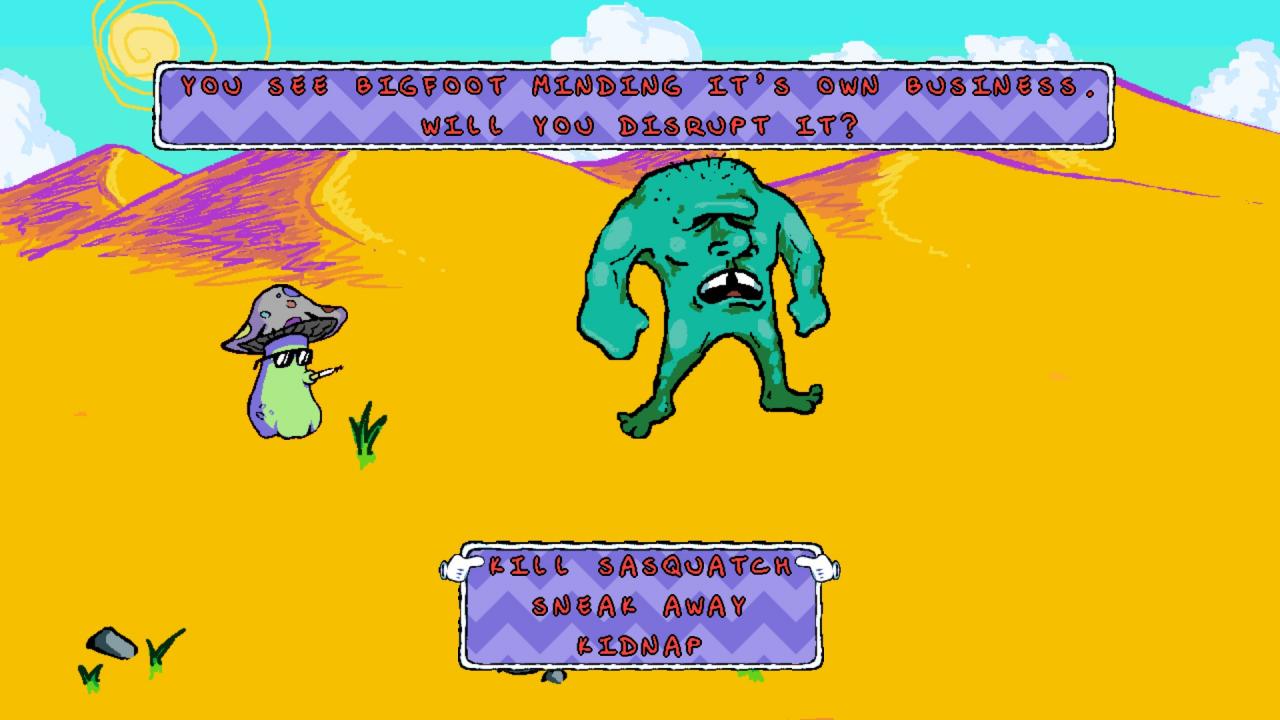 When you meet the swarm of bees, become one with them. 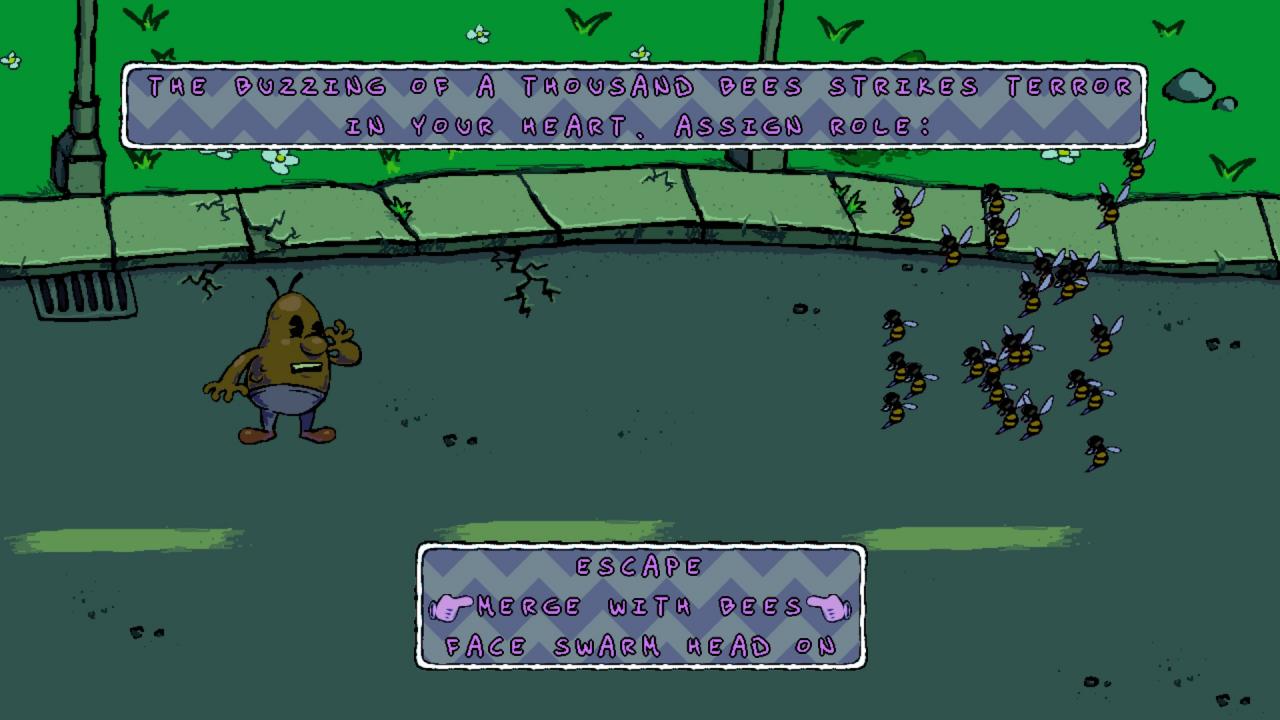 Once the Genie rolls up on you, attempt to destroy him. 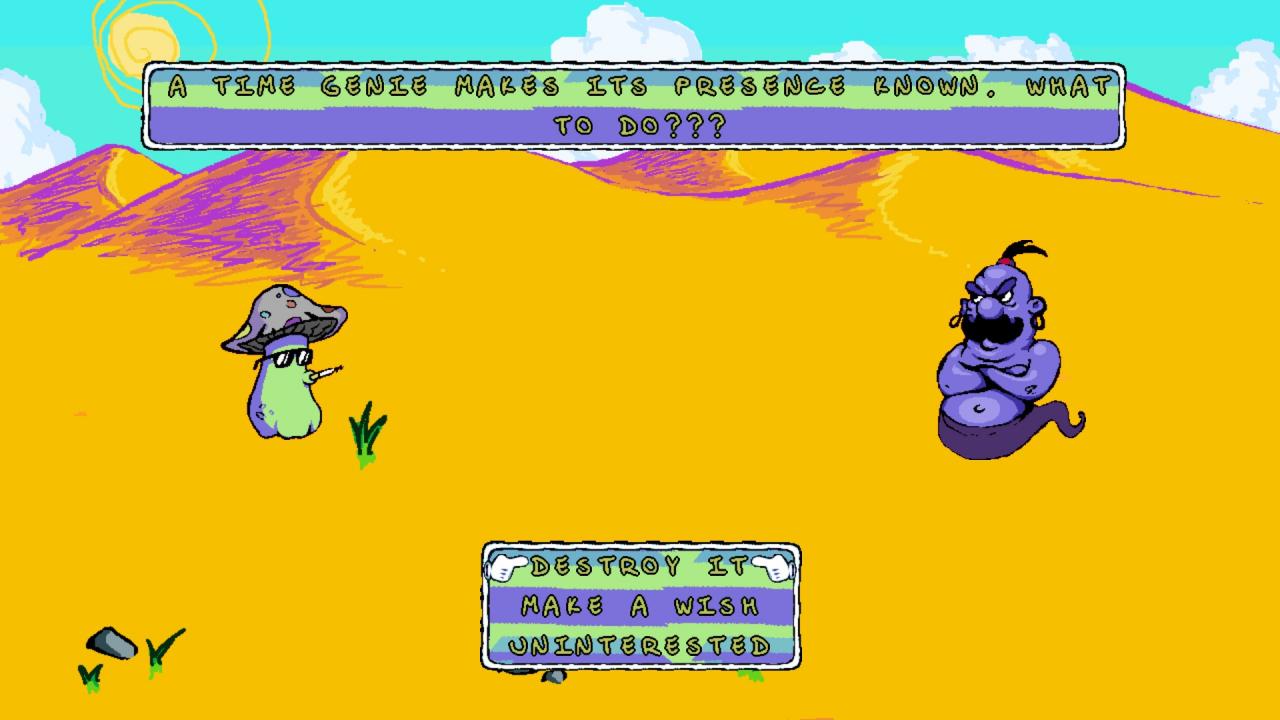 To unlock Vidiot Mode, you must beat the game once. Vidiot Mode makes the game much glitchier and it lasts throughout the whole run. The minigames and answers to choices remain the same.

I got this just by playing Vidiot Mode, so it will come naturally while going for Vidiot Master.

That’s all we are sharing today in Vidiot Game 100% Achievement Guide, if there are anything you want to add please feel free to leave a comment below and we’ll see you soon.