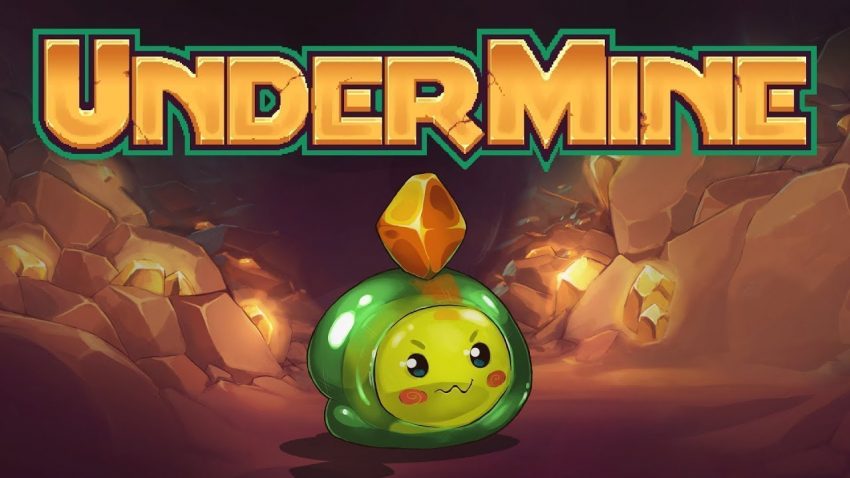 Hello this guide covers these major aspects of the Undermine game.

1.Bosses in Undermine- Attacks, how to defeat
2.NPC’s you will meet

Bosses, Boss fights and attacks, and tips for defeating them. This section will help you with the most important part of the game , the gatekeeper that holds your progress in it’s hand. Advancing through each boss fight opens up new unlocks and completes sections of the game. Currently in it’s early access stage their are 5 bosses.

This is a mini boss that you will encounter fairly early on in your Undermine journey in the mines. You will find him when you hit a rock that has gold in it and he will pop out of the rock. However if you are witty enough you can place a bomb next to the rock and he will take a lot of damage even before he does the animation and begins the fight. Try to save a bomb so that you can use it for this occasion as when the fight starts it will be very difficult to place a bomb and do damage without taking damage yourself as he does a lot of moving around.

Attack #1- He has a rolling attack. He turns into a ball of a rock and tries to roll into you. You can still do damage to him in this phase, though if he touches you you will loose HP.

Attack #2- He drops rocks from above. You can simply dodge these and move out of the way. This is the best time to get some hits on him as you can hit and do damage faster than the rocks fall and hit you so long as you dodge appropriately.

Attack #3- H hits the ground with his hands spewing a trail of dust that can hurt you if you don’t dodge it. You will want to jump over or out of the way of these.

This is the second boss you will encounter and the difficulty really ramps up on this one. He is a very difficult boss to defeat and expect to spend many tries on trying to get him to die. This is a large worm-like boss, something in the vein of the Eater of Worlds from Terraria.

Attack #1- Selt moves through the arena and after stopping shoots out his children; Eggs that hatch larva that will shoot at you. You can destroy the eggs and prevent them from spawning. This is a good idea to at least try to get a few as the screen will start to get covered up with them really fast and it’ll be difficult to focus on the boss if you don’t at least get a few. Also try to get a good amount of hits on Selt’s tail after getting a few eggs as this will be the time when Selt is still for a good amount of time.

Attack #2- Selt moves in a circle chasing his tail. During the process Trails of Dust/rocks shoot out at even intervals all around him making this attack fairly easy to dodge after learning this pattern so long as you are not too close and can move out of the way fast enough. There is nothing you can do but dodge here as you cannot do damage and dodge at the same time here.

READ:  UnderMine How to Farm Gold Easily And Get Infinite Gold Guide

Attack #3- In this attack Selt goes under grown for a period of time while the player has a target on him. Eggs will spawn and a prison of rocks will encircle the player. The Collector Update 0.2.1 made it so the player can jump out of this prison. This is a much needed change as before Selt would simply smash into you the player and deal almost unavoidable damage.

How to counter Selt- Whenever you get a chance to hit him aim at his tail. This is the only part that will take damage and trying to put down bombs is difficult with a fast moving boss but still can be a good strategy to reduce at least some of his health. You will have periods where Selt is in limbo and you can place a good amount of hits on the tail before he starts moving again. This is your time to get the damage in.

Third Boss(Mini-Boss)-Stone Gargoyles: These Gargoyles will be the next major battle you will face. They will be in a locked room with a key in the center of the room. Upon trying to go up to get the key a prison of stone will rise up to guard the key and 4 statues of Gargoyles will awake out of their sleep. These key guardians are a very powerful enemy.

Attack #1- Fire attack which is one directional; Only initiated if player is directly in front of Gargoyle.

Attack #2- Gargoyles return to their stone state to regenerate health. They can still be damaged with a bomb. When you first enter this room you can kill at least one Gargoyle by dropping a bomb before waking up to the key and initiating the cut scene and fight. This will make the fight somewhat easier.

Mortar is a rock-like creature with a rock body, head, and hands. He has blue orbs that circle around him. You can hit him between the Orbs as well which will damage him instead of the orbs. The orbs can be destroyed as well.

Attack #1- Mortar’s stone hands come down at the player over and over trying to hit him.

Attack #2-Blue orbs circling Mortar go out unto the arena and 2 will move an electrical laser beam through the arena from one end to the other either horizontally or vertically. This can be dodged by simply jumping up or to the side.

Attack #3-Mortar sends the blue ball-like orbs out on the arena while he is in the middle. They do damage when on the returning arc. During this time Mortar is defenseless and you the player should be able to do the most damage during this phase.

Noori is the final boss in the game and is found in the final room in the Halls of Din. Noori looks like a black and purple circle of death. He does no contact damage to the player. Damage taken is proportional to the number of purple flames in the room IF there are no lit purple flames then Noori will not take damage so it is important to keep this in mind during the fight. With the right relic you can also send the orbs Noori shoots out right back at him.

Attack #1- Noori tries to grab you with his hand which comes out of the ground. If Noori succeeds he does a large amount of damage to you. Try to avoid this attack at all costs. Most of the fight will be spend trying to dodge these hands and light fires that have extinguished.

Attack #2-Noori teleports to a corner and shoots waves of orbs at the player. This attack can be easily dodged you simply jump at the right moment.

Attack #3-Noori in this attack centers himself in the top middle of the room. He then sends out guiding orbs that will try to follow the player. These disappear after a time.

Character NPC’s You Will Unlock/ Encounter:

1.Wayland the Blacksmith- This is the first NPC character you will encounter in the game. You will find him stuck in the mines. After you rescue him you can access his shop above on the hub world at the start of each new run. The same is true for all NPC’s who open a shop in the hub world. He is the blacksmith of the game. Walking into his forge you will notice upgrades you can buy. These change the stat values of your pickaxe. The range, damage , throw damage, as well as your tonic or HP can all be upgraded here. The gold back is also an upgrade. This is important to upgrade as you will lose less gold after dying if you have this upgraded. Wayland can take the blueprints you discover and craft them into future runs. These are permanent unlocks. The crafting comes at the cost of purple rubies which you can find in your runs. These are most often found in secret rooms but can also be found in crawl spaces as well as well as regular rooms.

2.Baba The Alchimist (Potion Lady)- She will move to the area above the mines as a permanent NPC after you complete a quest for a secret character. IE: Collecting mushrooms. Any potion related artifact you discover will be crafted here at which point it is then permanently unlocked for you for future runs. You can also buy upgrades to your potions here such as extending the duration of your potion or giving you more potion slots.

3.Lillyth- Unlocked after beating the Gargoyles and taking their key. She is guarded by a night and a priestess. You can fight them to unlock her or you can open her with the key. She is a permanent NPC in the hub world. She offers upgrades to the Blessing/Curse Mechanic in the game. After rescuing her all future runs will have an alter appear on every floor. This altar can be prayed at and 3 options are given. One removes a curse at the cost of HP. The others give a random curse for a blessing of your choice. Sometimes All three are cure for blessing of your choice.

Dibble (Key/Bomb Seller)- Rescued in the Dungeons. He sells keys, bombs or bunches of them which you can buy before entering the mines. He is very useful to have around as after you upgrade your tools you often have gold left over and keys especially are often hard to come by in the mines.

5.The Collector- This is a secret NPC who after finding him you will unlock him unto the hub above the mines. He is a collector of familiars. You can collect eggs in the game which he will then take and hatch into familiars that you can use in future runs.

6.Black Rabbit- She is someone who gives you offers in runs. Certain rooms will have her selling you items like keys for hp, bombs for keys, keys for bombs, etc. She is a merchant of sorts. She also does games where you can take your chance in a guessing game ,weather you come out richer or not is up to you.

Most of these are self explanatory so I won’t spend any more time then I need to explaining any of these to you. However what you need to know is pick up most of the relics except 2- The oil boots that allow you to walk on oil, and the item called cursed apple which turns all your food into gold. Basically all your food gets stolen so you don’t have any way to heal in a run. This can really end your run quickly so if you see cursed apple don’t pick it up. The oil boots are dangerous because when you jump they leave oil and there are a lot of items that will cause fire and there is fire in the game, enemies that shoot fire, etc so you will quickly loose a lot of your hp if you pick these up.
Written by icePhoenix