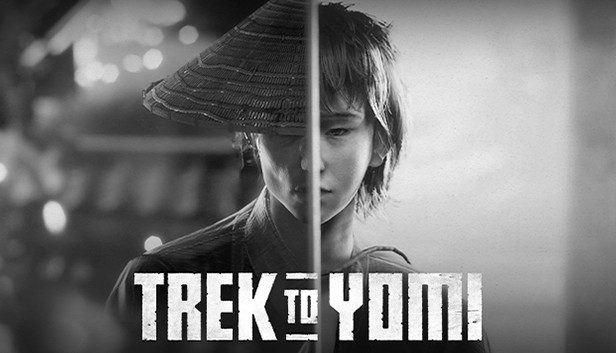 For achievement hunter of Trek to Yomi, this guide will show you how to get every achievement in game, let’s check it out.

The Trek to Yomi is a short 2.5D side scroller game.

Before we start the guide, I would encourage you to play through the first playthrough blind as to 100% the game it will take a minimum of three (3) playthroughs (without save manipulating).

There are only three endings (and a secret one) that can be obtained in each playthrough. To be optimal I would recommend doing your first and blind playthrough on Ronin (hard) difficultly, otherwise, you may have to do a fourth playthrough.

The game isn’t too difficult and is quite forgiving making the Trek To Yomi an achievable 100%.

Rough Estimate Time to 100%: 12 Hours
The estimate is based off three (3) playthroughs. The first being the blind Ronin (Hard) playthrough. The second I would recommend is the one-hit playthrough and the last playthrough on any difficultly of your choosing collecting all the collectables and upgrades.

Unbowed, Unbent, Unbroken– Complete the game in Ronin mode.
This is hard mode and many encounters in the game are much more difficult

READ:  Trek to Yomi How to Fix Stuttering for Steam Deck

No, that’s not possible… – Kill Kagerou Shogun without getting hit in Chapter 3.
I would recommend to manually backup the game before attempting this challenge as once you die you will be sent to chapter 4.

READ:  Trek to Yomi How to Fix Stuttering for Steam Deck

I used this guide to get the achievements:

I recommend being thorough as you cannot level select or NG+ any missing items and will require a new game and to collect every item again.
Miscellaneous Achievements

This will come in handy – Collect your first upgrade.
Men-Kaeshi-Dou – Execute 50 successful counters
Bloodlust – Perform 50 finishers. This is a staple on Ronin difficultly.

Malicious mischief – Kill 10 enemies without using any weapon. These are just environmental kills. This will come through naturally

Big Bertha – Kill 3 enemies at once with the Ozutsu. There will be parts of chapter 4 where there are enemies who are all in a line. I would recommend doing this either in Easy or Kensei.

Untouchable – Complete a whole chapter without dying and using a shrine. Self-explanatory, although I would attempt this on the easiest difficultly in chapter 2. Chapter 1 has a shrine that cannot be avoided.

That’s all we are sharing today in Trek to Yomi 100% Achievement Guide, if you have anything to add, please feel free to leave a comment below, you can also read the original article here, all the credits goes to the original author TonyCrossbow