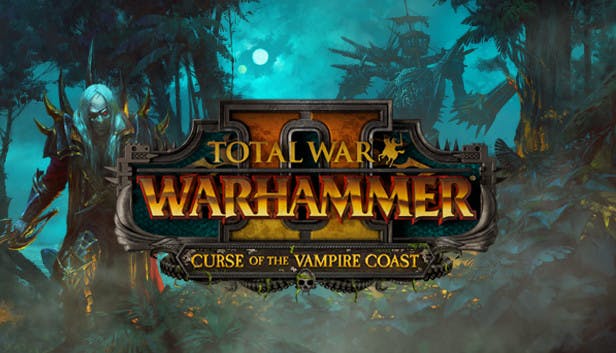 Here is a guide on how to use every spell in the Lore of Light.

Welcome to my guide for the Lore of Light. This is part of a new series that will go over the different Lores of magic and all their spells including any that are unique to certain lords or factions.

The lore of light and all it’s spells including the passive and active effects they have on the battlefield for both allies and enemies.

The Lore of Light is exclusive to the Empire and has a wide array of effects for both your unit and the enemies. It’s particularly good at countering the undead due to the passive which makes total sense based on the lore. The lore of the empire not the lore of light.
With all that being said let’s get to the spells.
First up is the passive of the Lore of Light which is called Exorcism. It activates whenever the wizard casts a spell from the same lore and it give a -8 leadership penalty to undead units for 25 seconds across the entire map. This is very useful when clearing up the vampires in the empire campaign [Empire guide 1 card] as casting even a cheap spell on a single unit will give their entire army debuffs and make it easier for your armies to break them down. It can also force you into being patient with your spells and picking when to use them more as to get the most effect out of the debuff. For example, it might be worth waiting until the front lines are about to clash before you cast so that your melee troops get the most use out of the advantage.

1st up to the block of active spells is Pha’s Protection. It costs 5 winds of magic in its base form and is an augment spell that can affect 1 friendly unit at a time. It has a 200-metre range and grants the affected unit +30 armour and +27 melee defence for 22 seconds and has a 29 second cooldown. Overcasting this spell changes it to have a 40 metre area of effect and allows you to cast it on the ground to affect the most units at once. This comes at the cost of increasing the winds of magic cost to 20 and a 50% miscast chance. This is a great defensive spell that can be used to boost the survivability of any of your weaker or less armoured units such as Flagellants [Put Empire Guide 2 card here] and is best used just before the front lines clash so that you get the most protection from both the initial charge and the sustained melee damage.

Shem’s Burning Gaze is up next and this one is a little more exciting. It costs 6 winds of magic in its base form and is a magic missiles spell that sends out 6 projectiles towards one enemy unit. According to the wiki, each of these missiles do 176 armour piercing damage and then a further 105 armour piercing damage in the explosion once they hit. It has a range of 10-250 metres so is great for chipping away at any particularly tough units from far away before they get to close to your own units. The explosion can also cause some disruption to enemy formations and even punch a hole through the line if you get a good angle meaning it’s very effective against clumps of infantry. Overcasting increases the damage of both the missiles and the following explosion while increasing the cost to 10 winds of magic and adding the 50% miscast chance.

The Net of Amyntok is the next spell on our list and it our first Hex. It costs 9 winds of magic and targets individual units of enemies with an immobilising net that prevents them from moving for 20 seconds. It has a 100-metre range and a 38 second cooldown. Overcasting increases the cost to 18 winds of magic and gives the spell a 30-metre area of affect meaning you can cast it on the ground to affect the most enemies at one. Again, this does come with the added risk of a 50% miscast chance. This spell is useful for freezing units in place while you get yours into position, for example, to prevent a cavalry charge into exposed ranged units or simply to let you easily surround a particularly tough unit.

Light of Battle is another Augment spell and it causes all units in the affected radius to become unbreakable for 22 seconds. It costs 7 winds of magic and has a 43 second cooldown so it isn’t like you can make your entire army unbreakable for the entire battle and you have to actually choose when to use it. It has a cast range of 200 metres and a 40 metre area of effect so you can get quite a few units in its radius if you use it in the right spot. Overcasting causes the cost to increase to 11 and doubles the duration of the effect to be 44s but of course carries the 50% risk of a miscast. All in all its a great spell that can really save your front lines from collapsing when they get overwhelmed and it gives you time to send support over before a hole is created for enemies to pour through. Just make sure you time it well so that you aren’t buffing confident or shattered troops.

The Final augment if Briona’s Timewarp. It costs 11 winds of magic, has a 47 cooldown and affects friendly troops in a 40 metre area of effect. It grants them +24% move speed and +26 melee attack for 50 seconds and can be cast from 200 metres away. Overcasting the spell increases the cost to 15 and the area of affect to 55 metres and of course has a 50% risk of miscasting. This is a great buffing spell for when your units are just about to engage in melee or are chasing units down as it will allow them to catch up faster and deal more damage when they do. It’s a great spell to use on some melee cavalry as the increased speed will make their charge even more disruptive to enemy formations.

Finally we come to the final, and most exciting, spell from the Lore of Light. Banishment is a vortex spell and costs 18 winds of magic and has a 54 second cooldown. It creates a randomly moving area of effect that causes damage to any unit caught inside as well as throwing them around the battlefield a little bit. It has a range of 150 metres and an area of effect of 11 metres which lasts 18 seconds. It must be cast on the ground and cannot used on walls. It causes 12 armour piercing magical damage per second and has a 1.5 metres per second move speed. When overcast it increases in cost to 24 and gains increased damage and of course gets a 50% miscast chance.