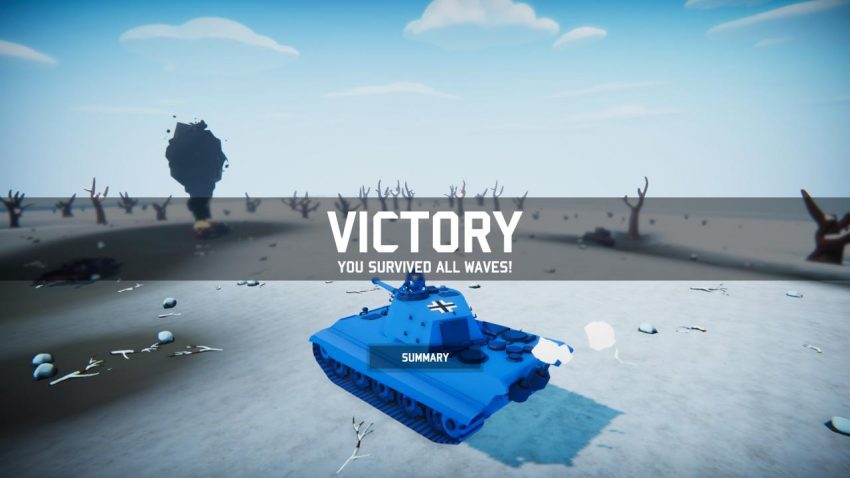 For Total Tank Simulator players, this is a Tier List for all the Super Weapons in the game (All Transport Planes are grouped together because they are pretty much the same)(T-42 and AT dogs are also together as well)

Wawel- This is an obvious S Tier because it has cluster artillery that is great at destroying any ground vehicles. It also has the AA turret on top which can shot down many planes and is effective at taking out infantry. Finally it has the flamethrower which is not as powerful as the other weapons on the Wawel but it can still kill things very well. The only downside is it has limited artillery ammo but that is not that bad.

Radar- This weapon is very effective at taking down large amounts of planes and can even harm ground units just not as well. It is also very cost effective at doing this being able to take down much more money worth of planes compared to itself.

Ho 229- This is basically a really fast tactical bomber. It can be very strong because most fighters or AA cant really take it out. It also does tons of damage too ground units and is surprisingly accurate . The only downside is that even though it is a fighter bomber I have not seen it shot down another plane yet.

Maginot Line- This bunker complex is really strong because its AA cannon can really destroy both planes and tanks which is slightly broken. It can really work against many different kinds of enemies and can take a lot of damage. The only thing that is bad about it is that artillery and rocket artillery will destroy the Maginot Line rather quickly.

Ratte- This tank is very strong and has lots of armor however it is very vulnerable to Planes, artillery, and infantry because its AA is not very accurate and it can still be bombed. It is very slow as well so you can not really use it for a Blitzkrieg.

Triebflugel- This is basically a Radar that flies, it is weaker because planes can shot it down. The only better thing about it is that it can move forward towards the enemy while the Radar has to wait for the planes to approach it.

All Paratrooper Planes- These are only useful for taking out spawners and artillery or bunkers. It is much better if you control the plane or infantry because you can do much more damage too the enemy.

Trinity Base- Very good because it will automatically win the game and it has a large amount of AA on it the only problem is that it has to be heavily protected from enemy AA and fighters.

Bear- The bear is actually decent because it has a KV-2 turret strapped to its back it does a lot of damage which can take out tanks and is cheaper than other tanks. It is otherwise rather weak because it has no protection from pretty much everything except for other tanks and armored cars.

T-42 – This tank is essentially the Ratte that has no AA which makes it weak to planes. The only benefit that it has over the Ratte is that it spawns AT dogs which are not that good because they are really easy to get destroyed by a tank or infantry man.

Die Glocke- This is a glass cannon it can do large amounts of damage with its wave attack but tanks, artillery, and planes can easily destroy it. It is way to expensive for what it does because even an infantry man can kill it with the right situations.

A-40 KT- This is a version of the transport plane that carries 1 tank. It is only a light tank that is not even as good at taking out weak targets behind enemy lines like paratroopers. Not recommended I have not really found a good use for it before.

Grand Slam- The AI is so incompetent with this weapon because it almost never drops the bomb and even if it does it barely does any damage to the enemy. Do not place this weapon unless you are going to control it because otherwise it is useless.

Pegasus Military Base- This spawner is really bad because it is so expensive and creates bad units. The Jet does nothing it does not fire missiles at ground units, and never shots down enemy planes. The tank is not even that good compared to other heavy tanks in the game. The APC is just a slightly stronger armored car which is not even that good.

That’s all we are sharing today in Total Tank Simulator Classified Weapons Tier List, if there are anything you want to add please feel free to leave a comment below and we’ll see you soon.