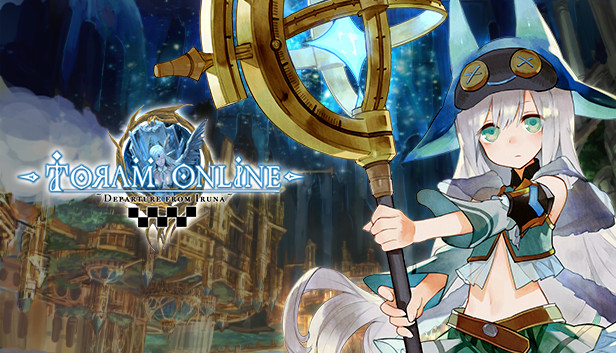 For Toram Online players, this guide will show you how to customize your equipment with the Synthesis skill. Synthesis will let you do customization to your equipment such as: Changing the appearance of your piece, adding or changing dyes, and transferring Gear Stats to another accordingly.

Go to Sofya City Library and learn the “Alchemy” skill tree in the Others section: 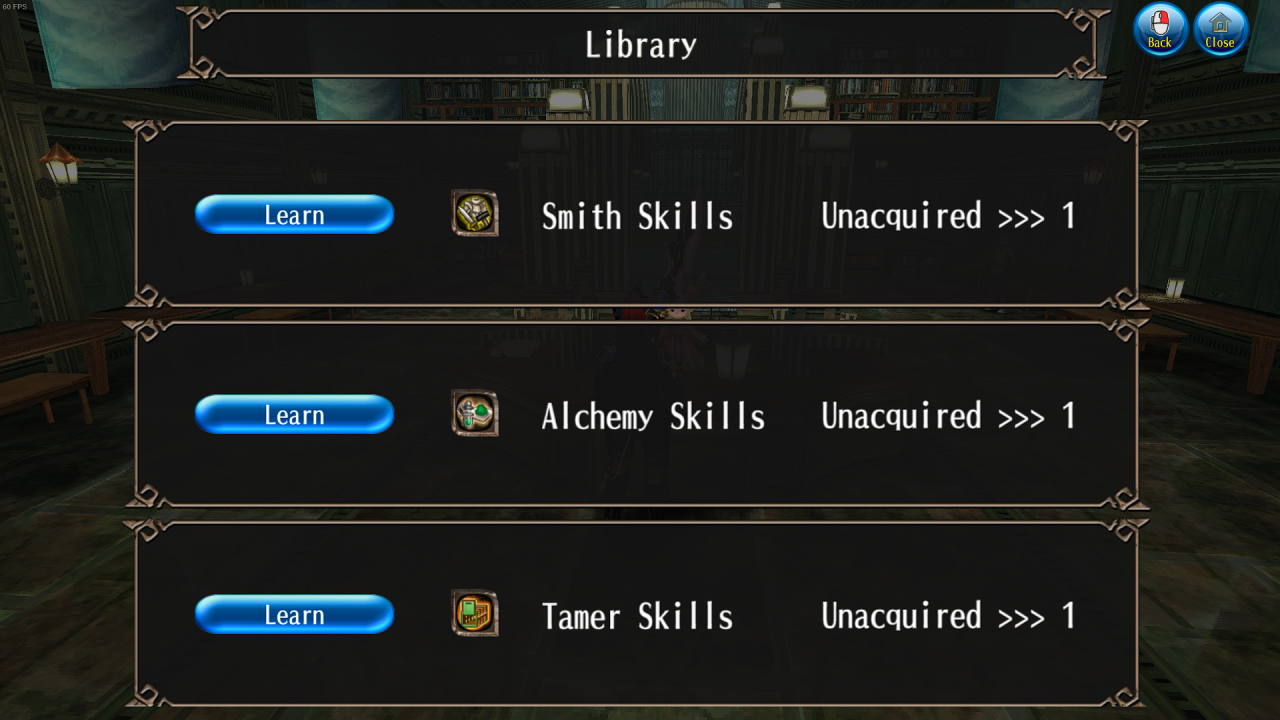 You will be able to learn up to different Tier of the Skill Tree depending on the Maximum Level you have on a character.While you can also do it in Synthesis Shops in towns, but it is VERY expensive.

After learning the skill, you will be greeted with this skill tree: 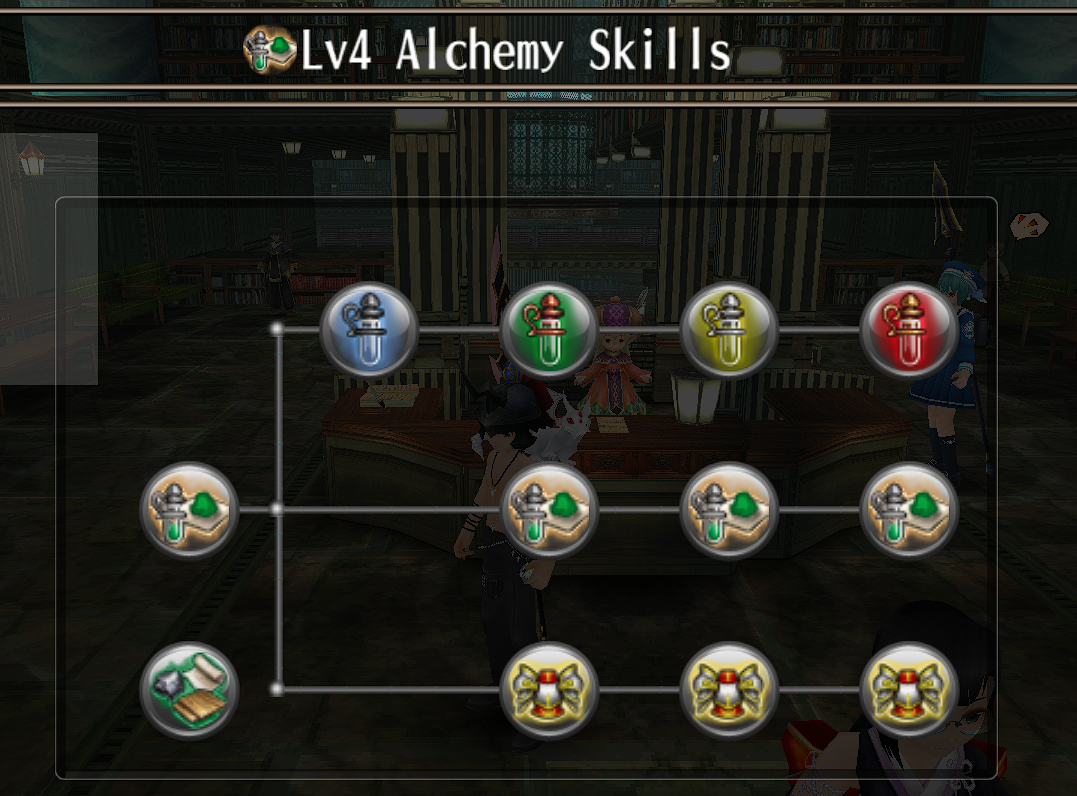 The 1st row focuses on the Alchemist Proficiency Level
The 2nd row lets you craft consumables and improve the success of crafting.
Disregarding Process material skill, the 3rd row lets you to Synthesize your armor.Again depending on your max level, some skills here may still be locked. 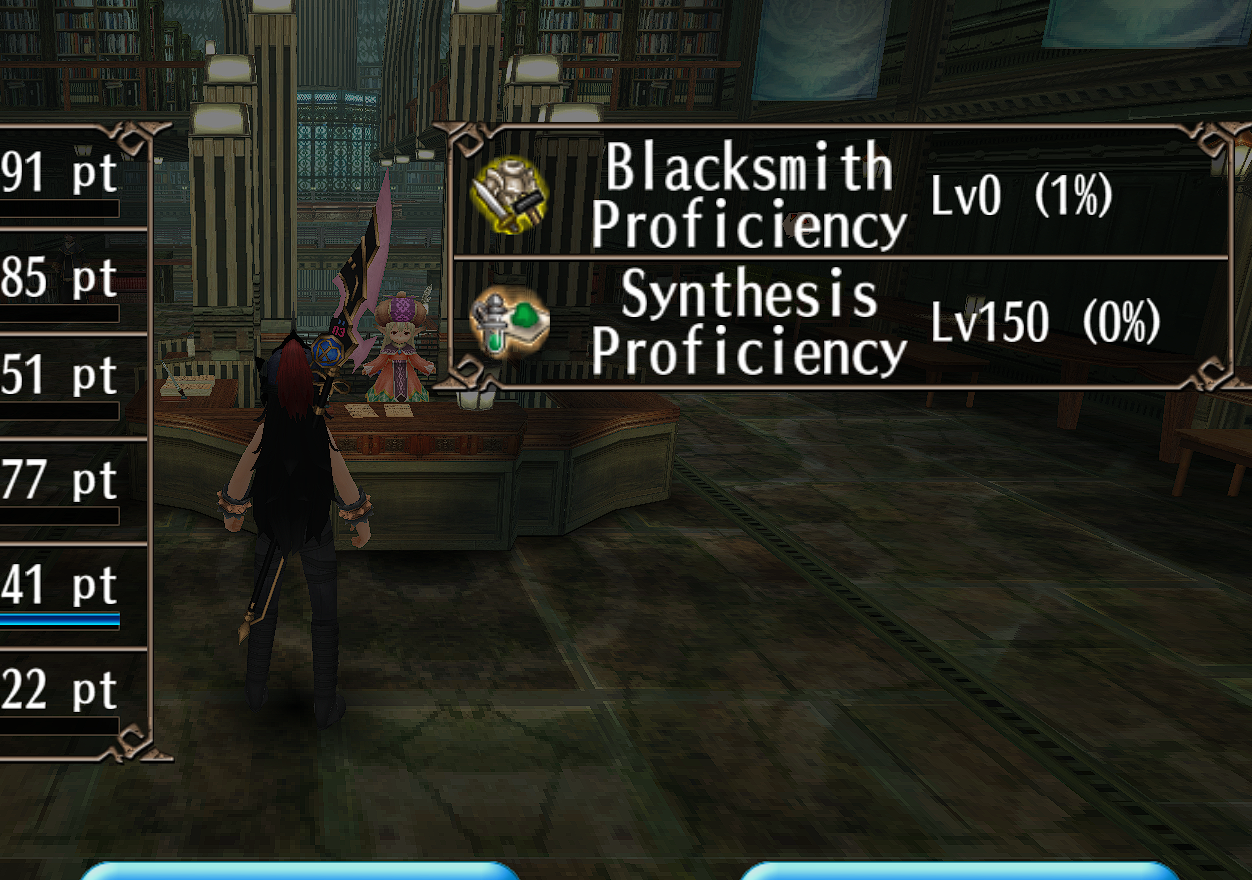 Your “Synthesis Proficiency” Level determines the customization limit you can do to your gear. The limit increases for each 50 levels of your Proficiency.
Thus:
Default : 1
Level 50 = Limit: 2
Level 100 = Limit: 3
Level 150 = Limit: 4
And so on….
These values explained more later.Chances of Success:
Your Chance of success to customize the piece is determined by two factors.

A. Personal Stat: TEC
The Technique increases the chance of success of your overall crafting, refining, and synthesis skills. Can be unlocked when Level 40 is reached through Player ~> Status ~> Build Character 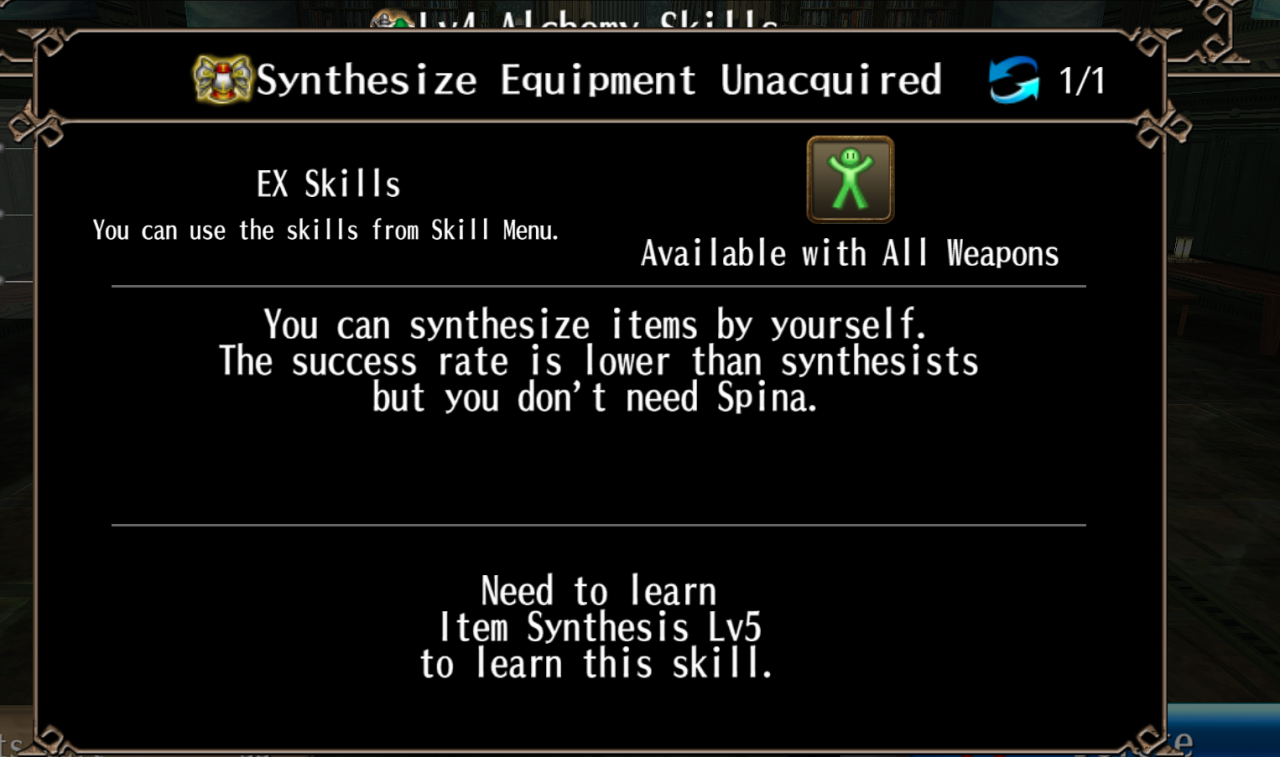 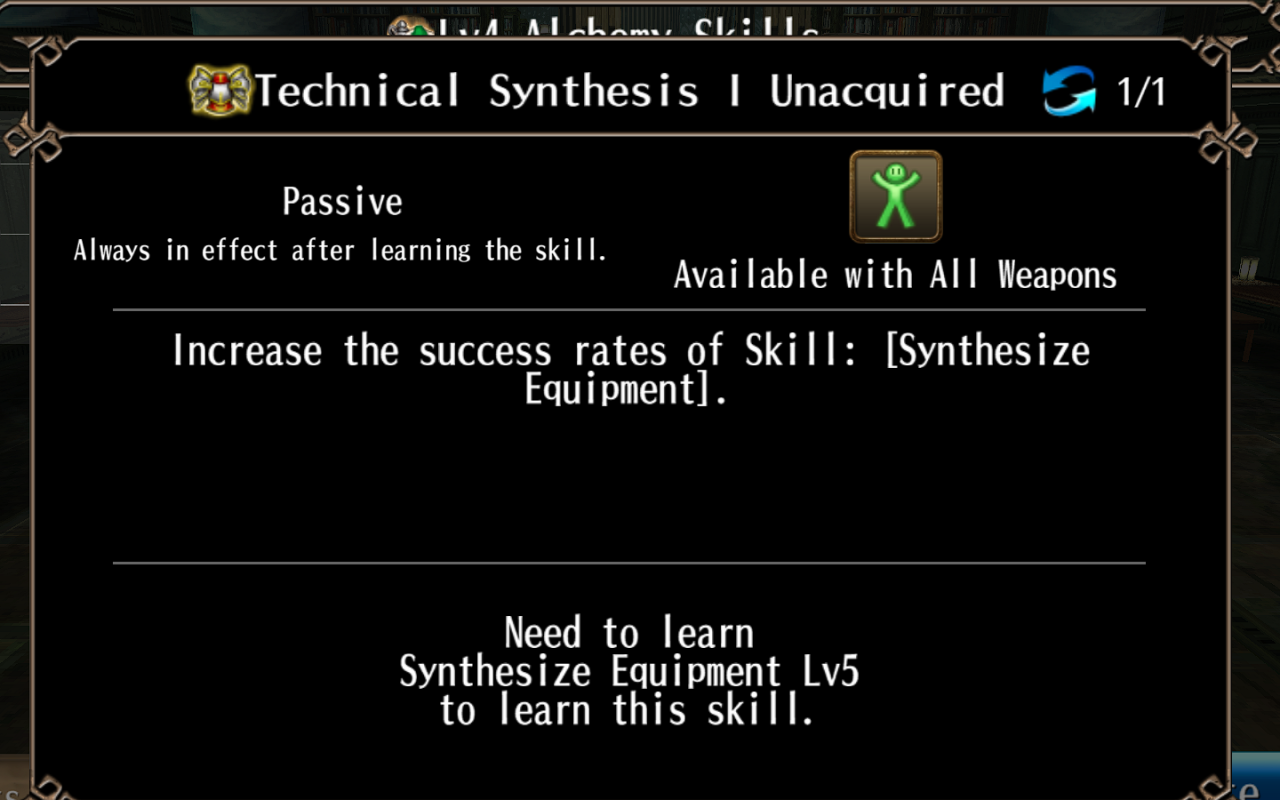 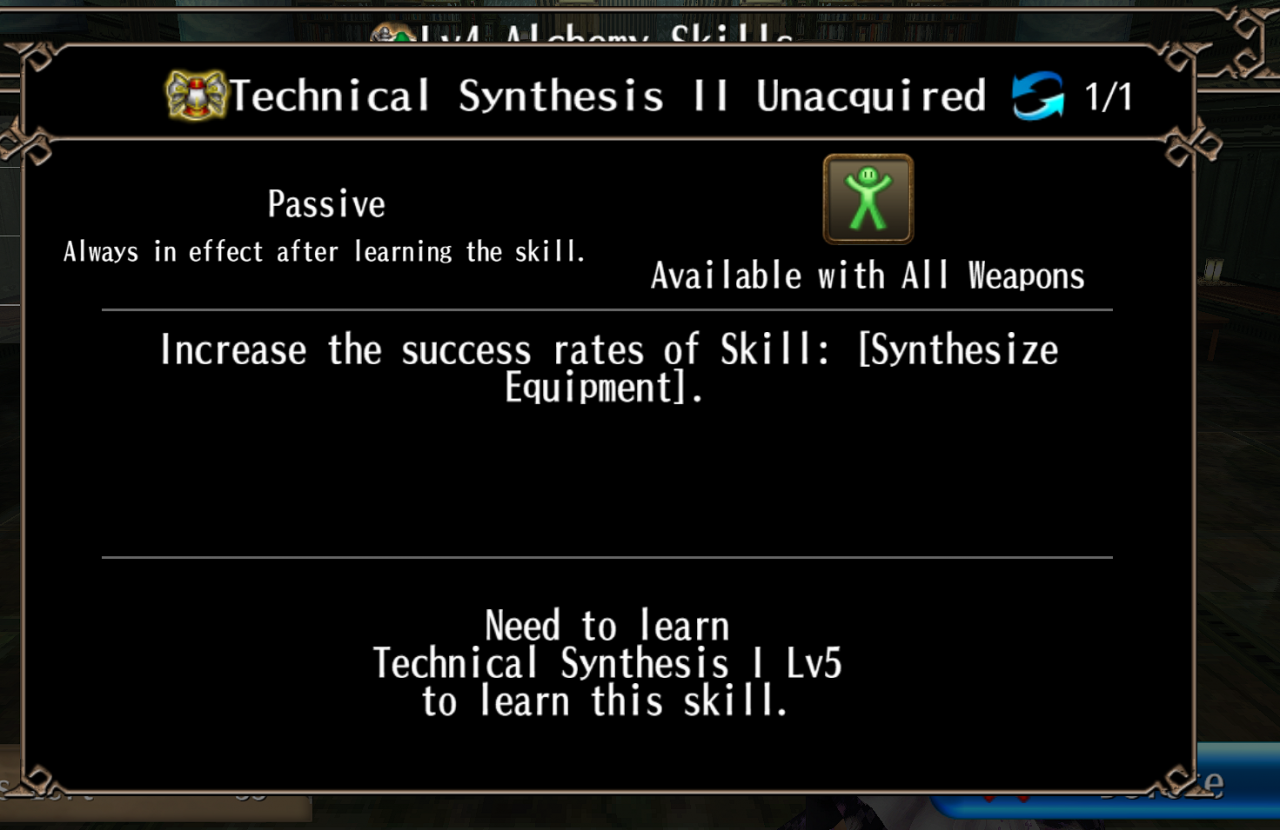 The level of each of these skills determines the success rate of the customization.

Aigh’t
To Synthesize your equipment, head to
Skills ~> EX Skills ~> Synthesize EquipmentFirst you’ll be prompted the two pieces to be combined:

Only one piece will remain after customization and can no longer be retrieved, thus be careful on synthesizing. As for example, Dyes are quite expensive.

Apperance:
You’ll be asked which piece appearance will retain. For this example, I’ll choose my B*rney costume 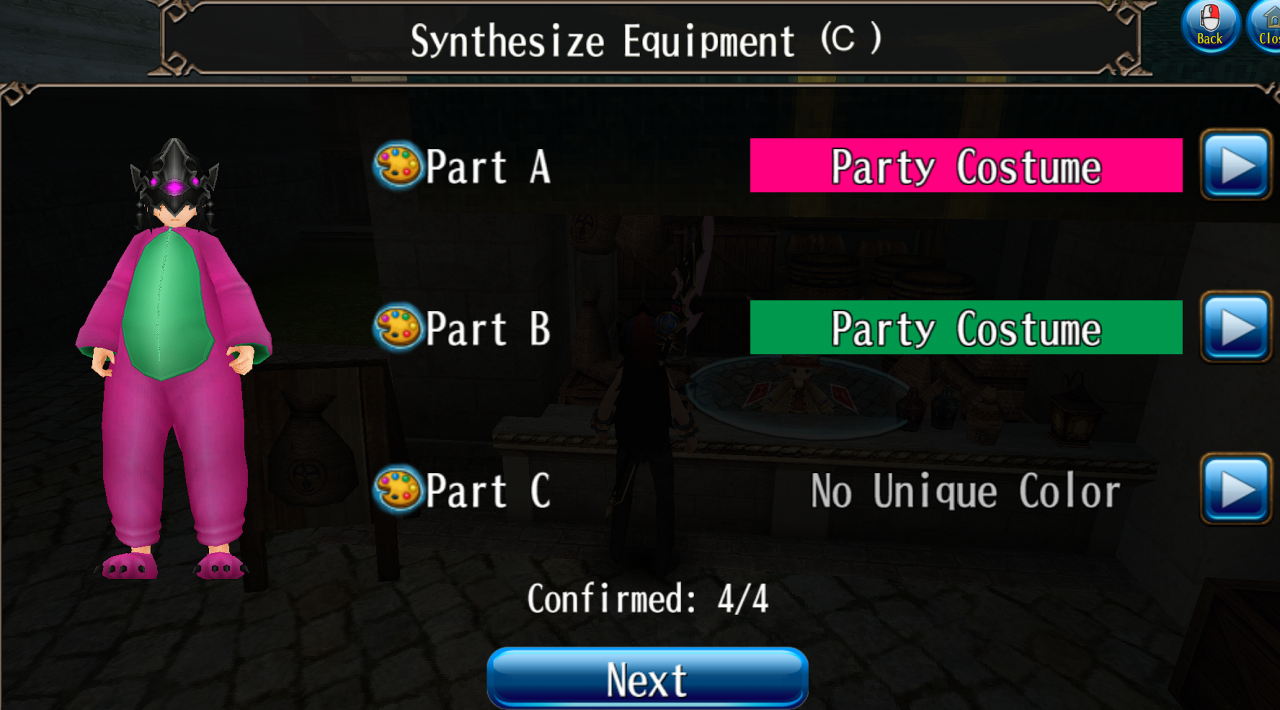 After choosing your preferred piece appearance, you’ll be lead to the page to dye your piece. If one or two of your piece, you are able to select either or one. Dyes A, B , and C refers to the parts of your piece with respect to its part.
Each dye selection will consume 1pt of the limit.

Armor Status:
Next off, you will select which piece status will retain. This feature is useful for selling costumes or piece appearances. As only crafted equipment can only be traded or sold for Weapon and Armors, you’ll be sell the appearance an untradable piece by synthesizing it with even a cheap crafted one for the sake of being able to trade.

READ:  Toram Online How to Fix Crashing in the Main City 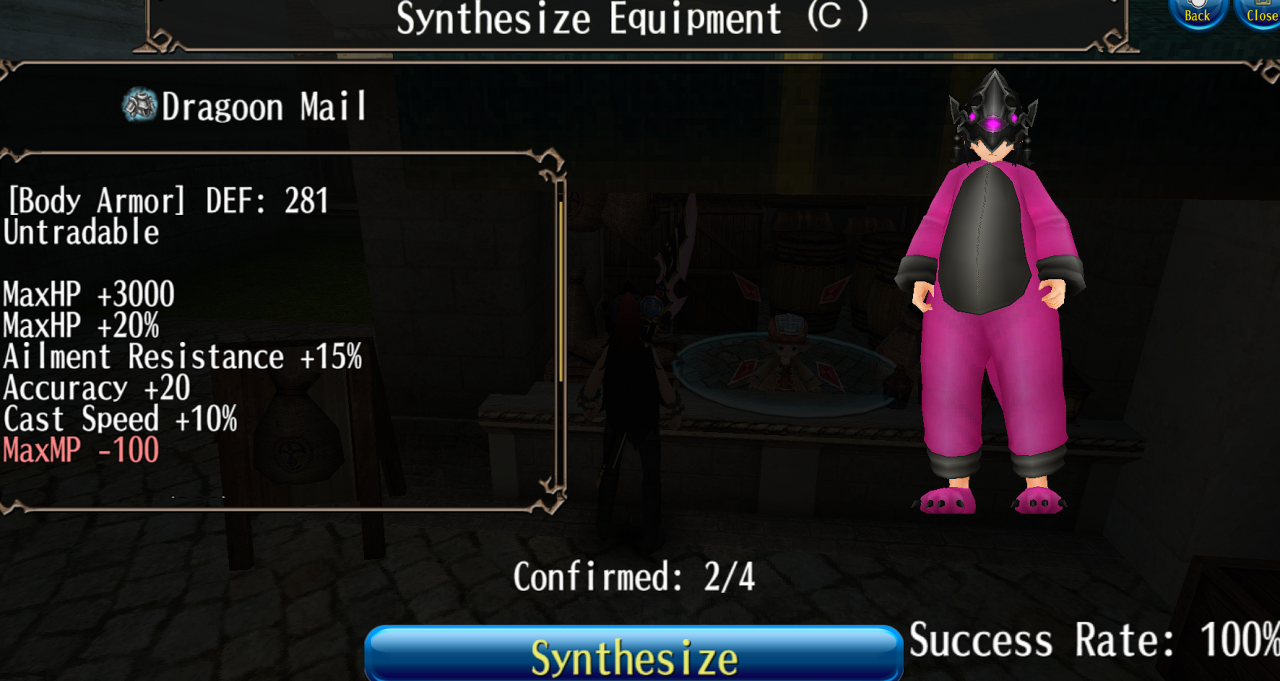 You are able to see the preview of the changes you’ve made and Success Rate of the Synthesis before hitting the “Synthesize” button. If a piece option is not locked or selected, for example appearance, it will randomly select between the appearance of the two piece to be synthesized.

That’s all we are sharing today in Toram Online How to Customizing your Gear with Synthesis, if you have anything to add, please feel free to leave a comment below, you can also read the original article here, all the credits goes to the original author Cy