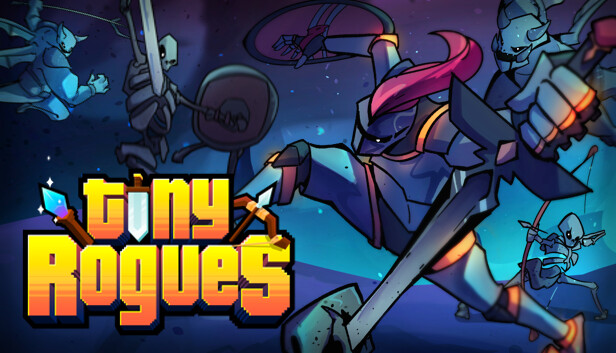 For Tiny Rogues players, this guide provides the explanation of how weapon damage and letter grades work.

Weapon damage is something I was confused about and I saw that a lot of other people were also on the message boards, so here is what I have learned.

Weapons have letters below them to indicate damage scaling.

The color of the letter indicates what stat it scales with. The column that the letter is in also does this. Leftmost column is always a red letter and is always strength scaling. Dex is middle and green. Int is blue and rightmost. 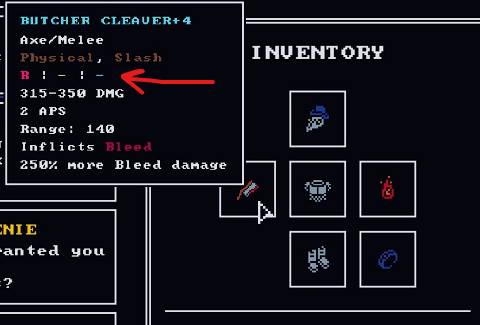 The order from best to worst is:

If a weapon has 2 letters than the damage scales with both stats. Not the highest of the 2.

Hold shift when mousing over a weapon to expand the tooltip. Mostly useful when you see words like bleed, poison, etc.

(Attacks per second) * (damage) can give you a rough idea of how much DPS the item will deal, but many weapons fire multiple projectiles. Those seem to each deal full damage, so those weapons end up being the real power weapons.

Don’t trust the tooltip of a weapon, fire it once and try to see how many projectiles fire, and how much they spread out.
For example:

To win runs, find weapons that fire tons of missiles and test them out.

Proficiency is a skill you can learn that increases your weapon by 1 letter grade. It is pretty strong if you know what stat weapon you will end up with.

Proficiency stacks if you happen to get the drop that gives +1 to all proficiency you can still get the talent on level up.

That’s all we are sharing today in Tiny Rogues Weapon Damage Grades Guide, if you have anything to add, please feel free to leave a comment below, you can also read the original article here, all the credits goes to the original author Mike