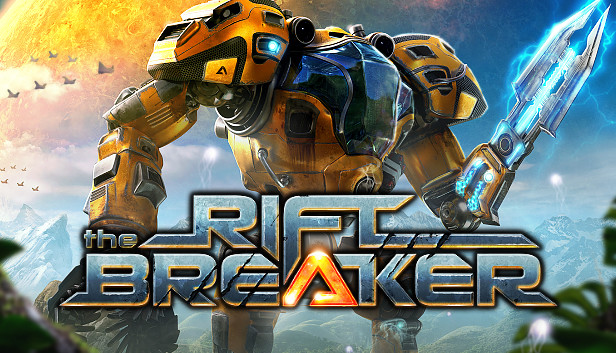 For The Riftbreaker players, this is a little guide that provides you some useful Tips and tricks to fix bugs, let’s check them out now.

First time I’ve ever made a guide and it’s because I feel this game has so much potential and it’s a genre I really enjoy. I loved we are billions, and i love the sci fi element to this game. The upgradeable mech, ton of weapons, and the horde (almost bullet hell) combat combined with a base builder/resource management game.

That being said this game can be a bit of a mess. And I see a lot of people asking similar questions to problems in the discussion forum.

So I thought I’d make this guide to highlight a few issues I’ve had and the fixes I was able to implement. Hopefully they can help anyone having similar issues and save them from throwing away their saves.

To the devs. Absolutely love this game. I’ve been playing almost non stop whenever I’ve had any free time since i got it. But it definitely needs some polish and patches.

These structures can get destroyed during gameplay. Some people say they regrow, but I spent 3 hours looking for another one with the map covered in acidic plants. Was a nightmare. Quick tip to check your map to see where they are, or if indeed there are any present. Use the console commands from the wiki:

The specific command you’re looking for is the toggle minimap reveal command:

The roots will show up as skulls on the map.

You don’t appear to need to toggle this back off before leaving the map. It won’t suddenly reveal your other maps. (It didn’t for me at least).

For those concerned with achievements using this does not appear to void receiving achievements.

If there are no skulls on the map, you can either wait and see if the people saying they respawn are correct, or you need to hope you have another save/can be bothered restarting.

I encountered this bug on the tanzanite harvesting mission. It may happen to people in different places I’m unsure. Hopefully this fix works in those cases too. In my situation, the enemies stopped coming, but the music stayed combat music. Rift travel was stuck as disabled. I tried going to the edge of the map, where the waves spawned, and firing grenades to see if any spawns were stuck off screen. My logic here being to kill/aggro any stuck offscreen, but no success. Multiple reloaded saves at various points of the mission all had the same bug, and ended the same way.

The trick I found to work was again to use one of the console commands from the wiki:

This time the command you want to use is the one to remove all units from the map:

After using the command the map should clear (visible to you if you use the ‘show minimap’ command from the previous tip). This resulted in the wave finally ending for me, and allowing me to finally travel using rift jump again.

READ:  The Riftbreaker Solar in the Desert Guide

I would probably toggle this one back off before leaving the map. I never tested to see if the effect would follow you if you returned to base. To toggle off just use:

Save regularly, and if your base gets hit by hail/tornado/earthquake then reload. As long as the save was made prior to the event triggering it should let you re-roll the event and hopefully get an asteroid or wind/mist/ion storm.

I’ve lost the odd couple of minutes here or there to this method. But I once took about 20 minutes repairing all the damage to a large base manually, only to be hit by another large scale event shortly after. So it’s a massive time saver.

If this helps even 1 person I’m happy. Took me like 10 minutes to knock together and it helps take the sting out of a few annoying aspects of an otherwise great game in my opinion.

That’s all we are sharing today in The Riftbreaker Useful Tips & Bug Fixes, if you have anything to add, please feel free to leave a comment below, you can also read the original article here, all the credits goes to the original author Stu -1