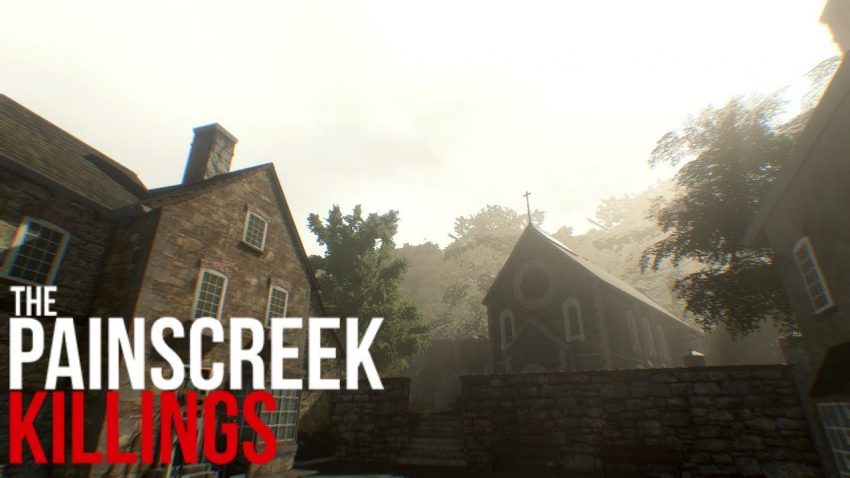 This is just a timeline of all major events of what happened in Painscreek. The dates are ordered as YYYY/MM/DD.

1971/05/02 Matthew recommends Sofia as a maid to Vivian, claiming she is his cousin.

1974/05/03 Vivian was released from the hospital. It’s unknown why she was admitted, but she was heavily pregnant and the time. Charles felt this had changed their relationship, indicating either a sexual issue or possibly physical abuse.

1974/08/16 Vivian hospitalized due to mental breakdown, brought on by Charles’ mother’s demands for a grandson. Her doctor, Henry, recommends six months of recovery. Charles is told his presence makes Vivian’s condition worse, and feels sorry for himself.

1974/10/20 Soon after this day, Matthew goes to Indonesia on a missionary trip. Before leaving, he decides to propose to Sofia.

1975/02/02 Charles rents a house and arranges for Dorothy and Sofia to live there. Dorothy is to care for Sofia during her pregnancy, while Sofia stays out of sight.

1975/06/16 Magdalene, mother of Charles, having learned of Sofia, Charles, and their son, tells Charles she’s going to town. She says Charles must be rid of Sofia, but their son should stay in the Roberts family.

1975/06/18 Henry, knowing that Trisha’s inheritance and Vivian’s relationship are endangered by Sofia and Vincent, warns her of the situation. It’s implied Vivian recently found out about Vincent and Sofia.

1975/06/21 Charles amends his will, cutting out his daughter entirely, leaving his estate solely to Vincent.

1975/06/26 Sofia is confronted by Henry and Vivian. A fight breaks out between the women, and Sofia is killed. Andrew, a gardener, is present. Derrick, the 5-year-old son of a mansion worker, views the murder from his window. On Vivian’s orders, Andrew dumps the body in an old well and takes the baby to Father Calvin.

1975/06/30 Magdalene arrives in Painscreek. She is told that Sofia and Vincent have left town. She doesn’t believe that, and starts investigating.

1975/08/27 Magdalene Roberts is murdered by Vivian and Henry, and made to look like natural causes.

1984/11/01 Father Calvin tells Matthew the truth about Sofia, Charles, and Vincent (now Scott), but doesn’t tell him what happened to Sofia. He implies Vivian kicked Sofia out of Painscreek. Father Calvin encourages Matthew to adopt Scott.

1993/06/18 Matthew forbids Scott from seeing Trisha. This causes a rift to form between them.

1993/09/02 Scott moves out from the church, to a small hunting cabin. He also starts working at the mansion as a gardener.

1993/11/07 Scott begins investigating the circumstances of his birth, and learns he was brought to the orphanage by Father Calvin from Painscreek.

1993/11/20 Andrew, drunk, mentions the name ‘Sofia’ to Scott. Scott begins investigating into her.

1993/12/18 Scott learns Sofia had an affair with Charles, but not about the pregnancy. He is told she left Painscreek soon after.

1994/02/02 Scott gets letter from orphanage answering his questions. He’s told Calvin brought there. It included his baby blanket.

1994/09/23 Andrew attempts suicide for his part in Sofia’s death. Scott finds him and gets him to a hospital.

1994/09/28 Andrew tells Scott about Sofia’s son, Vincent, and Sofia’s murder. Neither know that Scott is Vincent.

1995/02/13 Scott sees a photo of Sofia holding Vincent. He recognizes the blanket Vincent is wrapped in, and realizes his own identity. He begins avoiding Trisha, but doesn’t tell her why.

1995/04/04 Scott, having learned of Sofia’s location from Andrew, retrieves her body and buries it.

1995/05/13 Matthew learns from Scott that Sofia was murdered by Vivian and Henry while Andrew watched.

1995/06/08 Matthew burns down Andrews house, with Andrew’s body still inside.

1995/06/29 Matthew lures Henry to the well where Sofia was dumped and murders him. He dumps Henry’s body in his car in a lake.

1995/07/18 Matthew lures Vivian to the well where Sofia was dumped and murders her. He drags her body to the front of the mansion, for all to see.

1995/07/26 Scott is arrested for the murder of Vivian. Witnesses saw him arguing with her a few hours before her death. Derrick saw him leave the area before Vivian was killed but, hoping to keep Scott from Trisha, doesn’t tell the police that Scott is innocent.

1995/07/27 Trisha is hospitalized for a nervous breakdown. She is released before Scott is.

1995/12/26 Trisha commits suicide by jumping off the hospital roof.

1997/03/13 Dorothy sends an anonymous letter to Steven, asking him to investigate Vivian’s death

1999/08/03 Janet Arrives in Painscreek. Matthew attempts to murder Janet. He is indirectly killed by the ghost of Sofia.