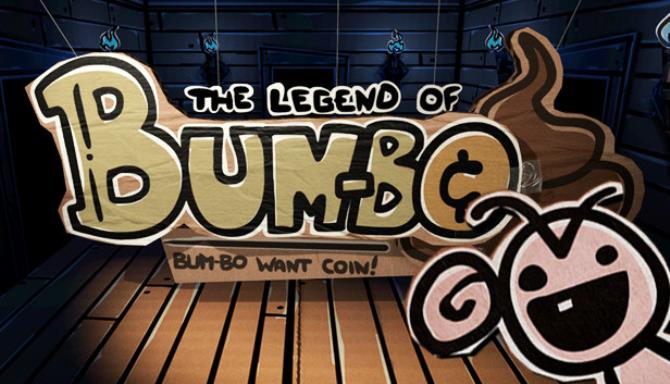 This is a very basic character guide for the legend of bum-bo, to help new players progress through the game with the strategies I used to beat the game with each of the characters.

Bum-bo the Brave is by far the most simple character I’ve played, which makes sense, since he is the first one you play. His starting spell attack is augmented by his high starting 3 spell damage, but it costs bone mana to cast. Combine that with his unique effect being higher damage at low health and his other spell costing teeth to cast and it’s clear that Bum-bo the Brave has a focus on offense, and as a result can tend to struggle with defense. An effective but unreliable strategy is to focus completely on offense, picking up reductions for your attack spell cost and increases in attack spell damage, as well as choosing spells and trinkets that provide additional attacks or effects granted by attacking. Such trinkets can have a chance to give you energy on attack or give you life steal on kill, which are both amazing for helping Bum-bo the Brave make up for his lack of defense. Another option is to pick defensive spells and trinkets and diversify your spells’ mana types, which is a more strategic and less brute-force approach. While the brute force approach will likely work wonders for just unlocking Bum-bo the Swift, if you choose to play Bum-bo the Brave after you’ve unlocked a few more zones, then the defensive approach is more reliable.

Bum-bo the Nimble is a jarring change of pace from Bum-bo the Brave, requiring much more strategy with no real way to brute force through to the next unlock. His damaging spell now costs urine to cast, and starts at a low 1 damage but has the unique effect of ganing damage with each hit. His other spell seems particularly weak compared to Bum-bo the Brave’s board shuffle for the same cost of 2 teeth, but it can actually be stronger in the right hands. Bum-bo the Nimble is where you must start to learn to manipulate the board to your advantage to succeed, and his unique effect of ganing mana from spell attacks gives you another feature to abuse. As far as spells go you’re going to want to prioritize spells which require bones and teeth to cast to make use of his unique effect, and try to diversify your mana costs as much as possible while also focusing on getting as many ways to gain mana and movement as possible. His starting attacking spell is admittedly quite weak, so you’re going to want other attacks to help it out, especially AoE attacks. In addition, going for spell cost reductions and damage increases in the shop isn’t a bad idea here either, and you should also consider buying item charge decreases if you have a particularly good charge item. As far as gameplay, you should always be paying attention to the tiles above the board, in order to make effective use of your tile removal spell. Its main use will be setting up combos, but it can also remove curse tiles which can be quite useful. Use your starting attack to clear out low health enemies first and to kill bigger enemies later, but remember that its damage will reset to 1 at the start of each room. Try to get defensive trinkets or ones that will help you to make your turns as long as possible, such as ones that provide movement or mana. And if you see the green maggot enemies with big mouths and teeth that take away all your mana, try to focus them as best you can, because they can easily ruin your run. You will likely get stuck on Bum-bo the Nimble for a while, or at least I did. But keep trying to improve and eventually you’ll make it to the end.

Bum-bo the Stout is by far the most overpowered of the characters thus far. His starting abilities costing poop and boogers allows him to focus on both defense and offense at the same time, and tear through any tiles he doesn’t like. His starting attack does 2 damage and knocks whatever you hit back. His second ability will remove a tile and the 4 cardinally adjacent to it, and if it is used on an edge it won’t wrap around. You can try to be clever with this and try to line up combos and stuff, but I find it’s most effective if you just use it to get more poop tiles on the board. His unique effect is that he gains 1.5x the amount of mana from the board, but he loses all of his mana after every turn. While this may sound like a huge downside, it’s actually what makes him so overpowered. Setting up a simple 4 tile combo of poop nets you a 1 hp shield, as well as 2 separate 2 hp attacks, for a cost of as low as 1 energy. Setting up a 4 tile booger combo allows you to stun an enemy and remove 10 tiles that you don’t want, for a cost of as low as 1 energy. What’s even more overpowered is that both of his spells only cost 3 mana, so if you are able to reduce their cost by 1 you can increase this absurdity to 3 2hp attacks per poop combo and the removal of 15 tiles per booger combo, which is just ludicrous. Add ontop of that the ease with which you can get a spell damage up from the shop, allowing you to turn your 4-6 damage per combo into 6-9. The most effective way I found to play Bum-bo the Stout is to prioritize spells that diversify your mana costs, specifically ones that manipulate the board, attacks, and ones that cost urine. Trinkets that give you movement will be especially useful since you lose all of your mana after your turn, such as the one that has a chance to give movement on each attack, which procs incredibly often when you’re attacking 3+ times a turn. Specific spells that I used to steamroll the third chapter were the poison attack, the AoE furthest enemy attack, the ‘turn any tile into a wild card’ for 4 urine spell, the spell which gives you mana = to the most common tile on the board (paper straw I believe), and the d8 which is a charge item that switches around your mana numbers for 0 charge (but can only be used once per turn). It should be noted that using items like the d8 or the paper straw when you have no energy has the chance to end your turn, which isn’t ideal. As far as gameplay you’re pretty much going to want to focus getting poop combos and urine combos for your OP attack and a longer turn, as well as getting booger combos to destroy the board and fill it up with more poop so you can do the same the next turn. It’s helpful to clear out columns so that you can stack up poop and boogers on one or two columns without having to worry about attacks from all 3. The third zone is substantially more difficult than both of the 2 zones before it, so be prepared for that. That’s really the only place you’re going to be dying as Bum-bo the Stout, unless you get an unlucky start to your run. Otherwise, have fun playing this OP character and unlocking the next one.

Just unlocked him, haven’t played him yet. Though from his character screen I can tell you he starts with one heart and one soul heart, one spell damage, two movement, zero luck, and one puzzle damage, with the unique effect of gaining movement on kill. His starting attack costs 3 bones and 3 teeth and it ‘removes tiles and throws them’, which seems like an AoE attack that manipulates the board, which makes sense since he has such low starting spell damage. His other spell costs 4 urine and ‘adds more of a selected tile’, which sounds useful but probably unreliable. Definitely seems like a lot of strategy is going to be needed for this character, but I’ll see tomorrow when I play him.
Written by Adamjack [btg.wtf]