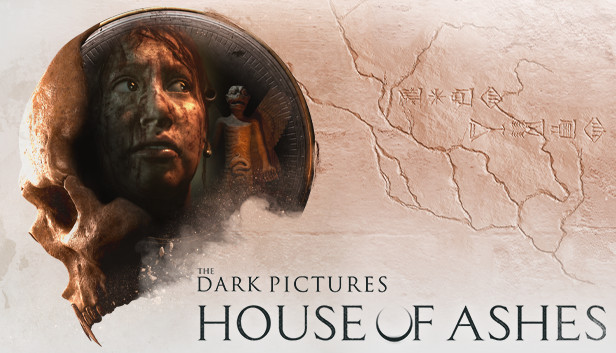 For Achievement hunters of The Dark Pictures Anthology: House of Ashes, this is an 100% achievements guide, which will help you unlock all achievement in game, let’s check it out.
The guide is a current work in progress (WIP).
If you are looking for a specific achievement you can search the guide using
‘Ctrl + F’

A Russian translation is in the works!

-There Is Always Hope:
“Completed the Solo Story”This achievement is rewarded for completing a full playthrough of the singleplayer version of the story from the main menu.

-We Are Not Alone:
“Finished the prologue in Movie Night”

This time around you don’t need to play a full playthrough of Movie Night like you did in ‘Man of Medan’ and ‘Little Hope’. Just play through the prologue. Movie Night is a gamemode under “Don’t Play Alone” – don’t worry you can still do this solo!

-Portents:
“Found all of the White Framed Pictures”

Gold Picture Frame:
Despite not having an achievement this time around, here is the location of the Gold Picture Frame anyway:Chapter: “Strange Aeons“. Name: ‘Hotel’. Found on the floor amongst other secrets.

If you want a video guide check the Secret Collectible achievement section.

-Scratching at the Past:
“Found all of the Secrets”Awarded for collecting all 50 of the secrets. These can be found throughout the game as interactive story collectibles. Make sure to rotate and inspect objects thoroughly.
READ:  The Dark Pictures Anthology House of Ashes Tips for Quick Time Event

Here is a video guide of all 50 secrets and also the paintings. I do not own this video, it belongs to “100% Guides“. Leave a like if you found it helpful.

There are 10 journal pieces to collect. They play a little video after finding them. They are part of the 50 collectible secrets needed for the above achievement. Under the secrets tab they’re the 10 silver circles.

Some of these achievements might move to separate locations if this section becomes to long or if they are wrongly placed!

Awarded for saving the five main characters through the entire story.

-Six Minutes of Night:
“Everyone died in the finale”

-Final Girl:
“Only one character survived the finale”

-Until Death Do Us Part:
“Rachel became infected and killed Eric, or Eric killed her”

-Double Tap:
“Eric and Rachel both died in the same explosion”

During the chapter “Bloodbath” have all characters survive up to this point. Then as Jason choose to put the charges to the side, “Cautious“.

During “The Signal” chapter, while playing as Rachel choose to retreat and then as Nick choose “Stick to the walls!“. This will cause Eric and Rachel to die to the tripwires.

-Climbing out of Hell:
“Rachel survived after rejecting both her lovers”

Reject both Nick and Eric throughout the game and have Rachel survive. MORE INFO SOON!

-Into the Sunset:
“Salim returned home to his son”

For this achievement you must keep Salim alive and have good/okay relationships with the other protagonists.

READ:  The Dark Pictures Anthology: House of Ashes How to Remove Black Bars

When climbing out the chasm as Rachel with Clarice, give Clarice the option to cross over and then accept her being willing to stay behind. (Abandoning her likely works as well).

Later after escaping the city on the elevator have Eric still alive. This works if all protagonists are alive. When Clarice attacks, fail all QTEs and let Eric die.

-Lost in Time:
“Rachel was not rescued from her cocoon”

-Start Thinking Like a Marine:
“Chose only Head decisions”Complete a full playthrough while only picking the Head decisions. Every choice in the game will be marked with a brain (head) icon or a heart icon. If no Head icon is available, pick nothing/wait for time to expire.

NOTE: Unlike previous Dark Picture titles this game doesn’t have an achievement for all Heart Choices.

-Illuminating Evidence:
“Eric discovered the unexpected effects of the UV wand”Unlocked when Eric uses the UV wand on the dead ‘demon’ during the autopsy. It is possible that Salim needs to be kept alive up to this point and have him discover the ‘demons’ weakness to sunlight.

-Let Me Have a Go!:
“Three characters used the UV wand to attack the creatures”

‘The Sword and the Shield’

-The Sword and the Shield:
“Kurum and Balathu chose to fight together”This achievement is obtained in the Prologue. Towards the end of the Prologue choose the option to be ‘Respectful‘ and NOT ‘Arrogant’ when talking with Kurum.

The follow up decision needs to be ‘Fight‘ and you will earn the achievement.

-Chekhov’s Gun:
“Rachel used the machine gun”After Rachel is reunited with the group (after she reascends the cavern after her fall) and is running from the ‘demons’ through the temple chamber with the machine gun, choose to fight. The chapter is “Assault”

‘Vision of the Past’

-Vision of the Past:
“Rachel witnessed the origin of the creatures.”Keep Rachel alive up until chapter “Strange Aeons”. Inside the Star Chamber, after playing with the central machine she will have a vision as a result of her infection.

Rachel must be infected for this to happen. It might be story related that she was infected as long as she survives to this point. If not, when fighting many ‘demons’ in the room where you first face the infected version of the prologue character, while playing as Salim, shoot the ‘demon’ jumping for him and not the one attacking Rachel.

-Semper Fi:
“Jason went back for Salim and they both made it to the elevator”Towards the end of the game choose the heart option ‘Forceful‘ as Jason to go and get Salim. Succeed all QTEs and fight sequences and return with him to the elevator keeping both Jason and Salim alive.

‘So You’re My Technician’

-So You’re My Technician:
“Merwin fixed the radio”MORE INFO SOON!

-Slayer:
“Salim killed five creatures using his spear”Across the game you must use Salim’s metal stake/spear to kill 5 ‘demons’. I got this as Salim fought his way to the elevator near the end of the game.
READ:  The Dark Pictures Anthology: House of Ashes How to Remove Black Bars

Jason didn’t go back for Salim but waited at the elevator for him.

‘Ain’t Got Time to Bleed’

-Ain’t Got Time to Bleed:
“Escaped the vault without any lingering injuries”This only includes any characters surviving at the end of the current playthrough. You must complete the final section with the eclipse without taking any damage (e.g. pass all QTEs).

-The Thing:
“Eric helped Rachel purge her infection”Firstly, have Salim discover that the creatures are reactive to sun light near the start of the game. Keep him alive. Have Nick and Salim tackle the creature without any failed QTEs and assure him he will be okay.

When he is captive he will tell Eric that the creature will react to the UV wand and Eric will discover the creatures weakness to UV light.

While travelling through the city as Jason and Salim, inspect the prologue character covered in yellow goo.

Later in the game when Rachel has her vision, do not knife the phosphor round. Choose dialogue options to avoid being shot by Jason.

They will try and save Rachel by putting her in a cocoon. This will fail and Eric will use the UV light on her granting the achievement.

-Heart to Heart:
“Nick killed the ancient warrior with a stake”MORE INFO SOON!

-Old Dog:
“Balathu made two kills with his spear”During the prologue, kill the woman with the spear while playing as Balathu. (Also choose to ‘Fight‘ later).

For the rest of the playthrough, keep at least Salim, Jason and Nick alive. I would keep every character alive up until the city part for this achievement personally.

Have Nick ‘Retreat‘ when planting the bombs and then as Jason choose ‘Forecful‘ to go rescue Salim. After rescuing Salim fail the next QTE when Balathu throws his spear. This will grant the achievement after Jason dies.

Note: If you have a save file with all characters survived and Balathu killed the woman/stood to fight in the prologue you can just load up the chapter ” ” and then follow the method rather than a full playthrough.

-Oorah:
“Eric and Nick shared a moment in the elevator”MORE INFO SOON!

That’s all we are sharing today in The Dark Pictures Anthology: House of Ashes Complete Achievements Guide, if you have anything to add, please feel free to leave a comment below, you can also read the original article here, all the credits goes to the original author ThePugHybrid