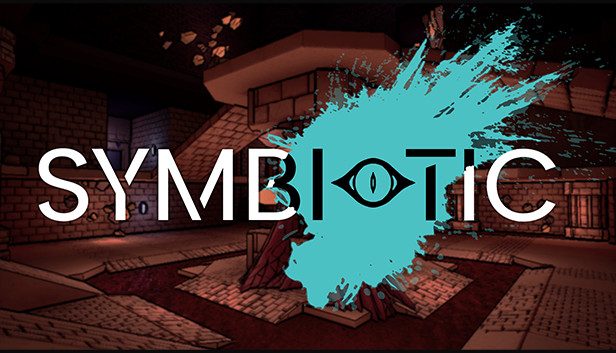 For Symbiotic players, this guide contains in-game information about items and some pictures of levels with some walkthrough advices

Items are giving for gaining XP scale in the left bottom corner.

– one of the most necessary items
Effect: Bullets deal more damage
Rarity: Common
In-game description: The…parasite? Symbiote? Thing on my arm looks just like the SIR, that’s standard infantry rifle for you civvies, that the corps used back on Earth ya know?… where the hell did this thing see of those?

– no negative effect but you can choose something better

Effect: Emoting pushes away nearby enemies (press ‘R’ to hear it)
Rarity: Common
In-game description: Compressed gasses formed from the excretion process can be expelled rapidly to enact concussive force

– as known as ’Bulky Biomass’

– the more enemies the larger explosion

Effect: Emoting damages nearby enemies
Rarity: Common
In-game description: Use of emote expulsion can be used as deterrent for foes in close proximity… try not to get any on you

– this item is not for you, let’s choose another

– choosing this item depends on your playstyle (a.k.a ‘Unnatural Resistance’)

– nah, it’s useful only if double jump is not enough

Effect: Lose max health to gain an extra jump
Rarity: Uncommon
In-game description: I’ve taken some liberties with your bone marrow… Try not to get shot quite as much

Effect: Enemies drop healing orbs on hit
Rarity: Uncommon
In-game description: Through use of sympathic biotransfer, biomass from injured foes can be siphoned back unto the host, and used to facilitate healing processes

Effect: Bullets deal damage in a small area on impact
Rarity: Rare
In-game description: Compressed gasses can be injected into projectiles to fragment and explode upon piercing an enemy

– this is not what we choose (even it’s very rare) 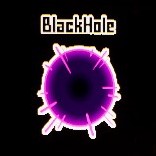 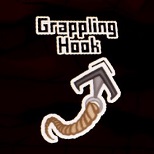 Effect: rapidly grapple to terrain
Type: Active item (right mouse button)
In-game description: Through redistribution of musculature frameworks, a tongueesque organ can be constructed at the base of the esophogal interface, useful for rapid traversal

There’re only three levels with three bosses. Each level contains of two randomly genegated arenas. The game has five types of arenas. 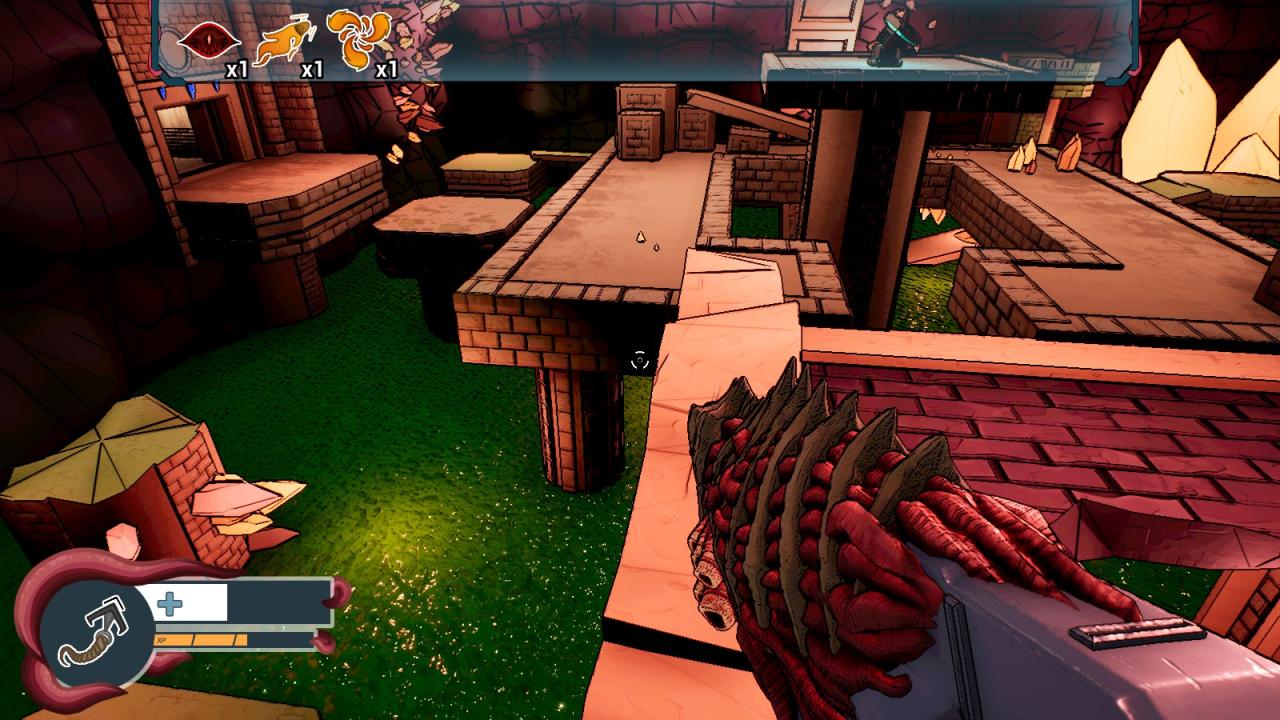 There’s a pool of acid in the bottom of the level that slowly goes up and deals a damage about 10% of HP scale each second. 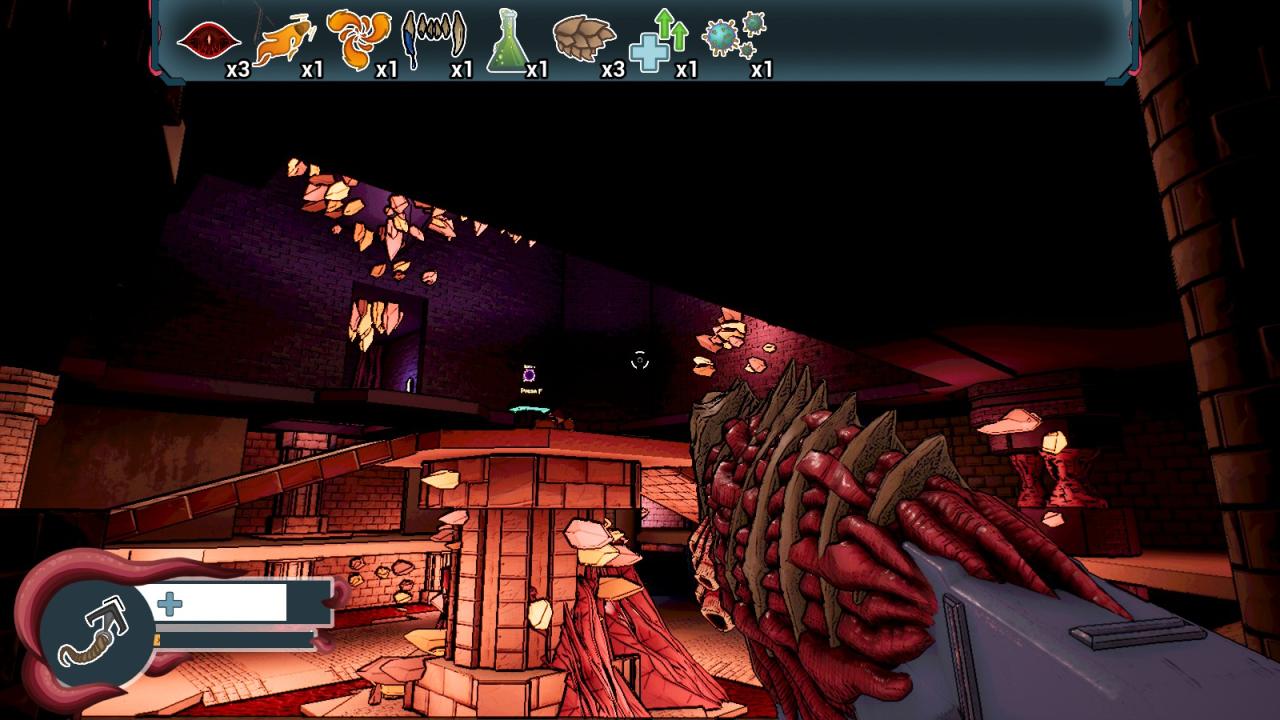 Arena with a giant totem in the center 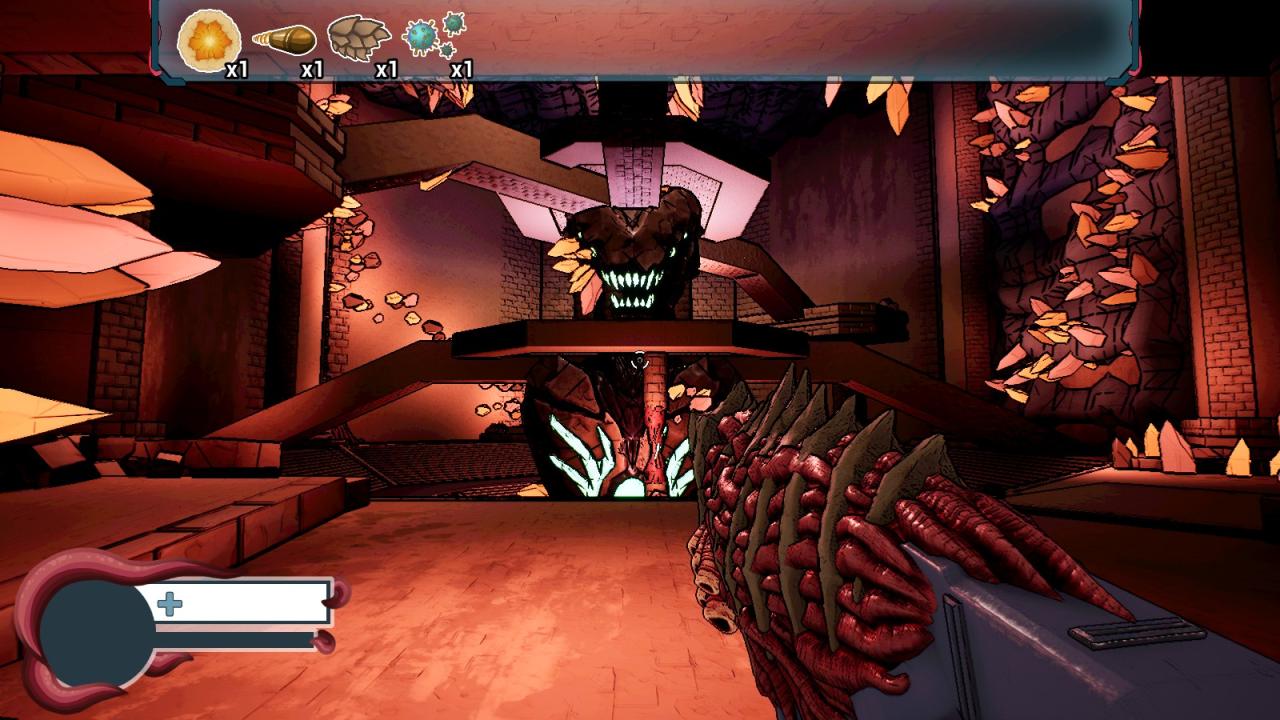 Large spaces allows you to run around the totem and shoot all the enemies falling down. Bonus item is in the highest point of map. 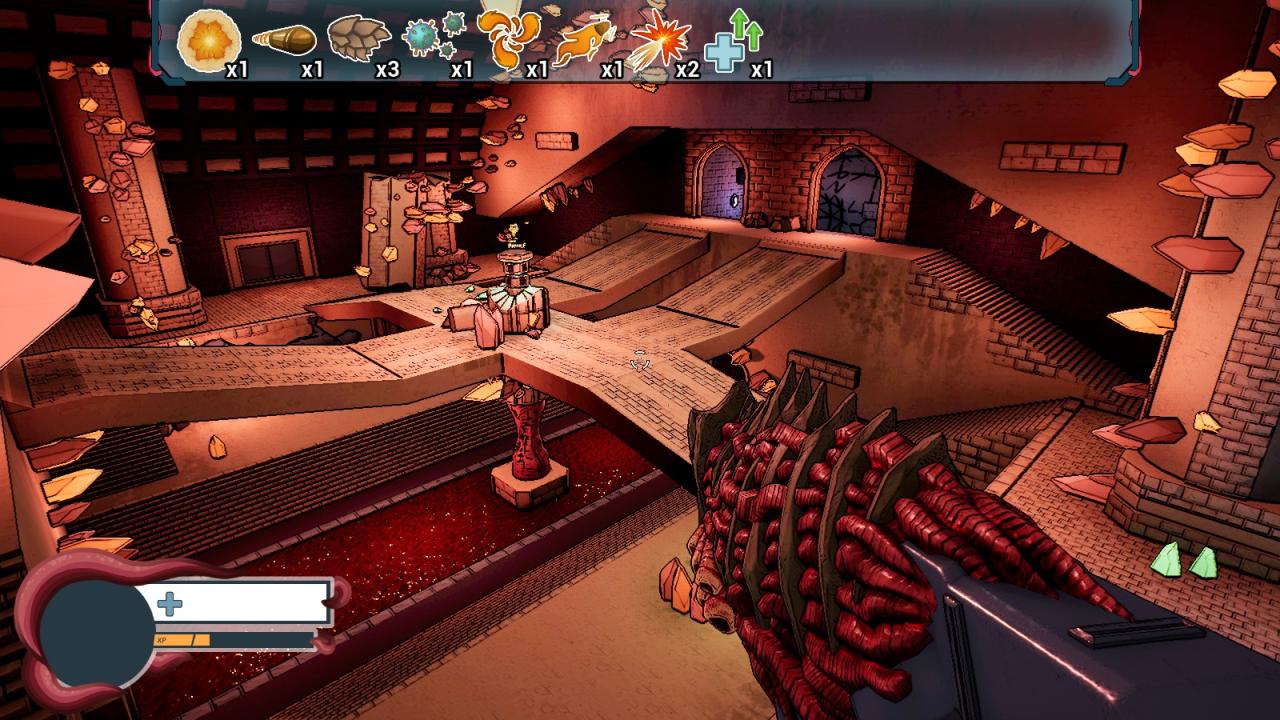 This arena is very comfortable to play with so many high points and a space in center. Also a hook is very useful here. 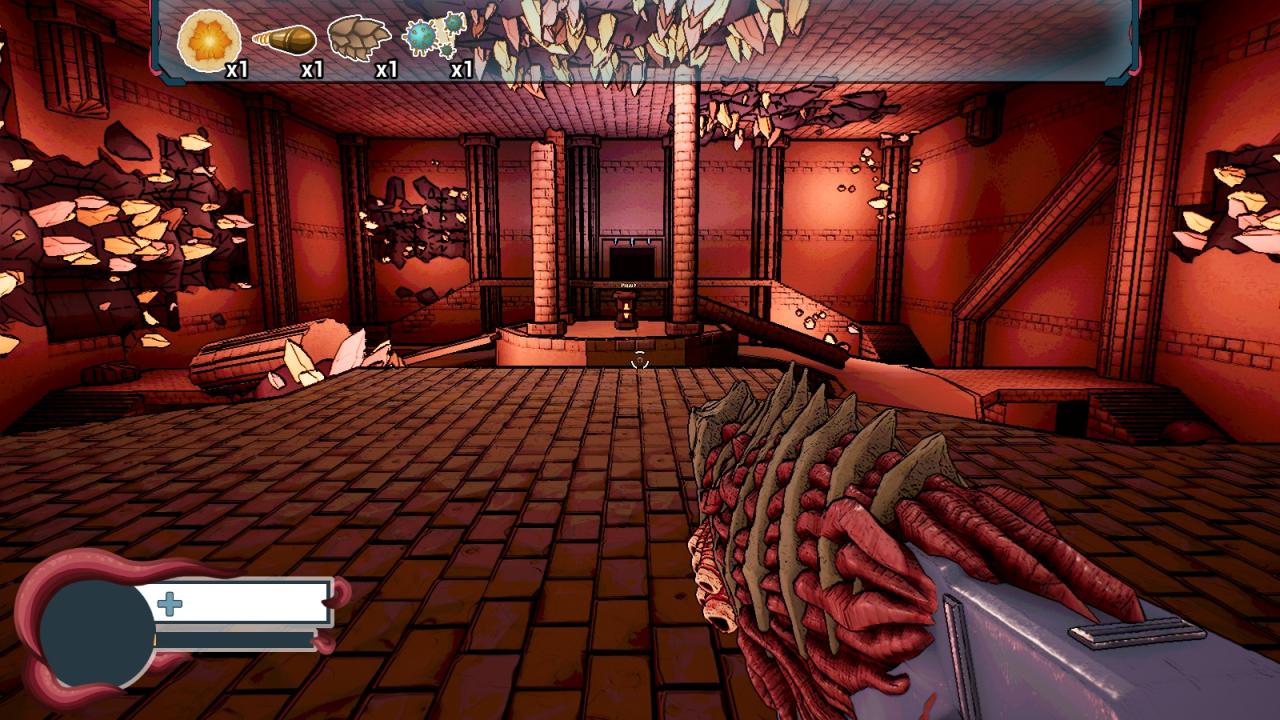 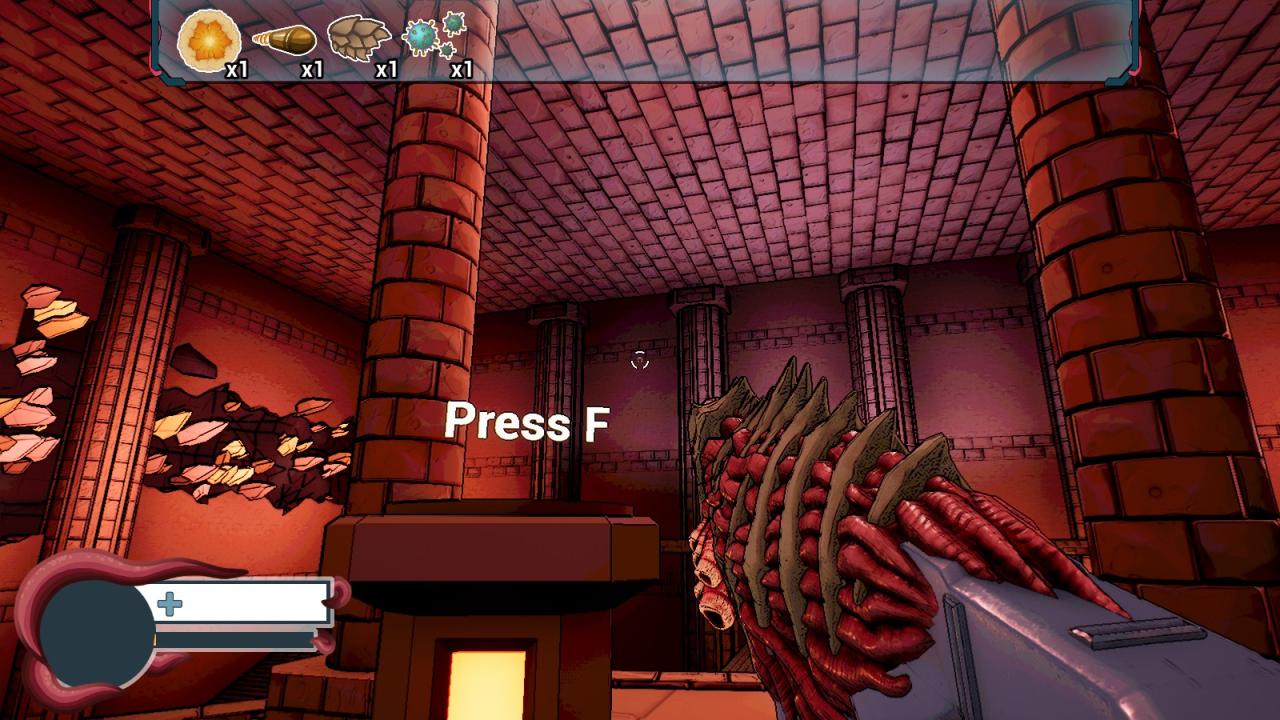 And one more thing. Enemies always stuck in the walls. You can hear them, you can take the damage if you stay close to the wall, you can kill them if you shoot straight through the wall. 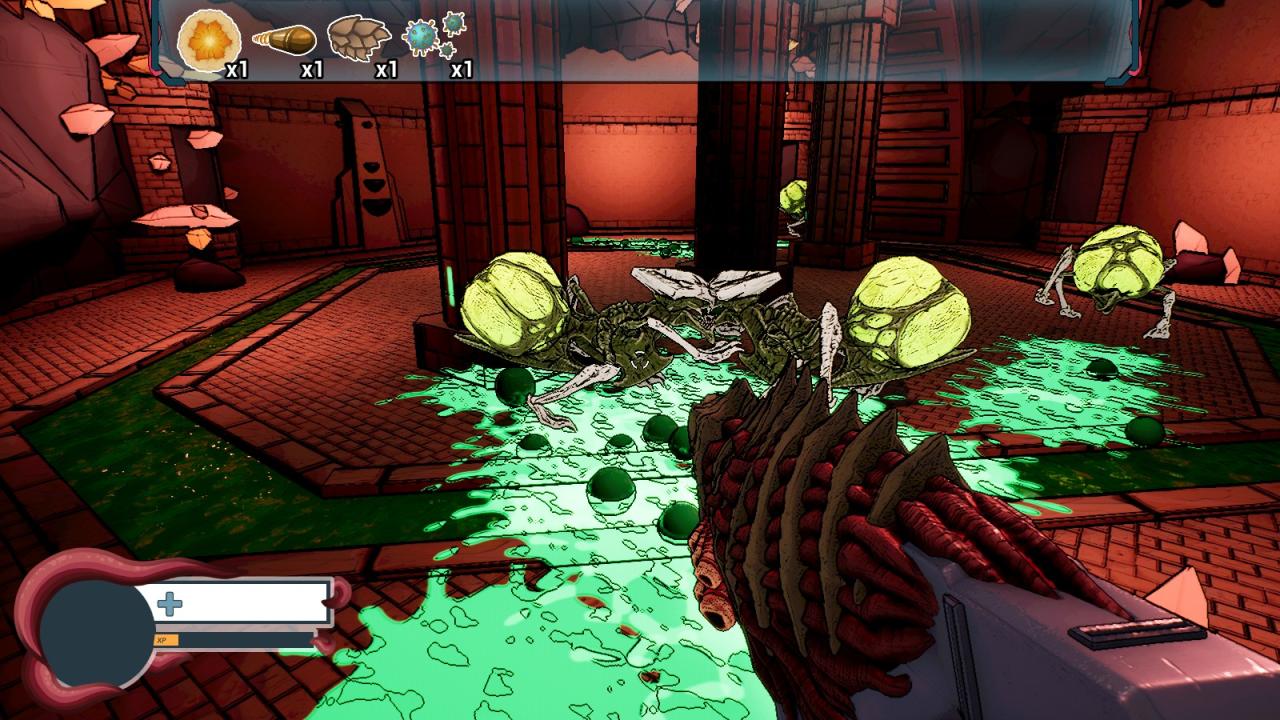 There’s an acid under the floor. When the ant explodes it destroys the floor and the columns and releases six more little ants. So the best way to win is to stay away from explosions or use the black hole to explode four of them together. 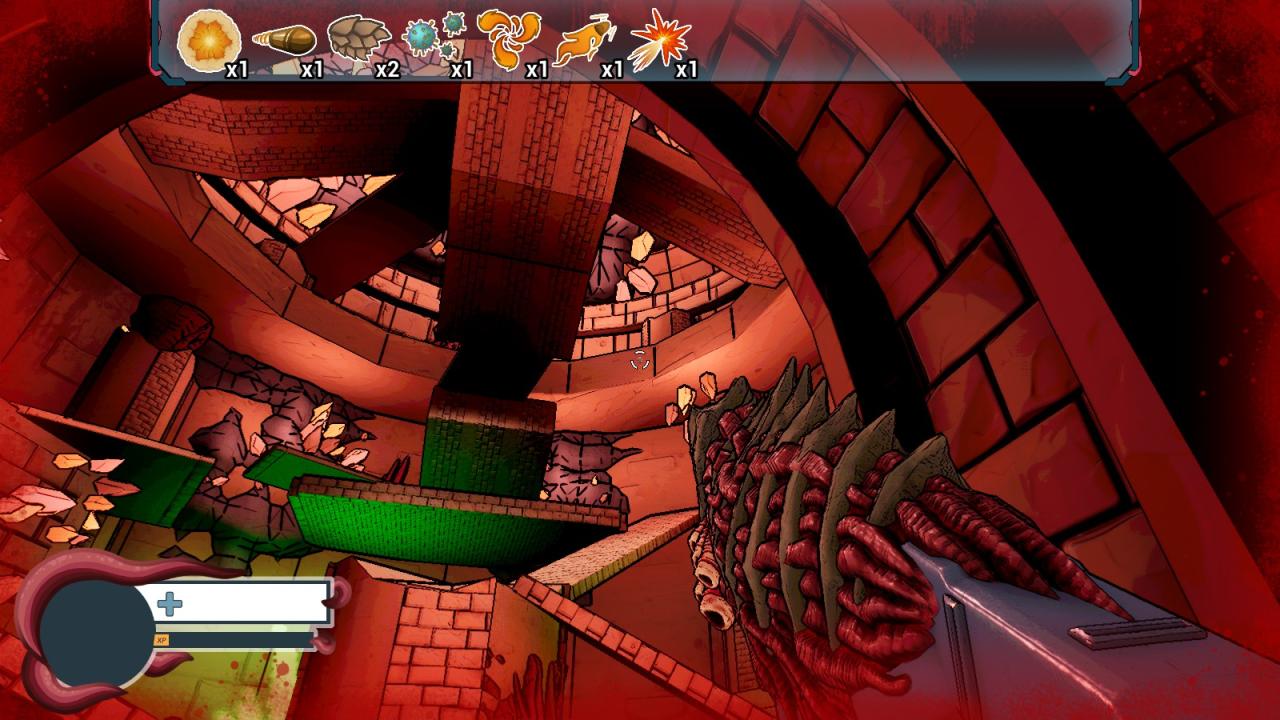 The level is the well with an acid fast filling it from the bottom to the top. There’re two ways to go up – stairs and a ramp. To avoid stings and go up faster use the hook. Exit is in the upper point. 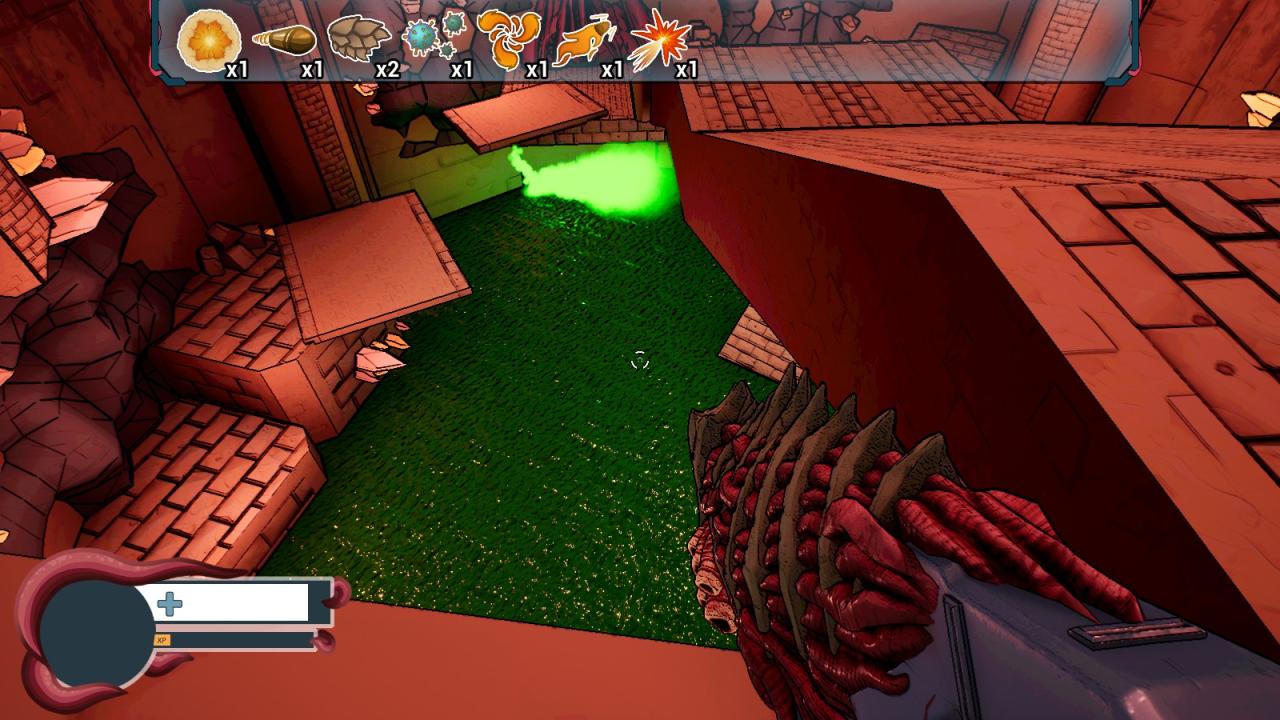 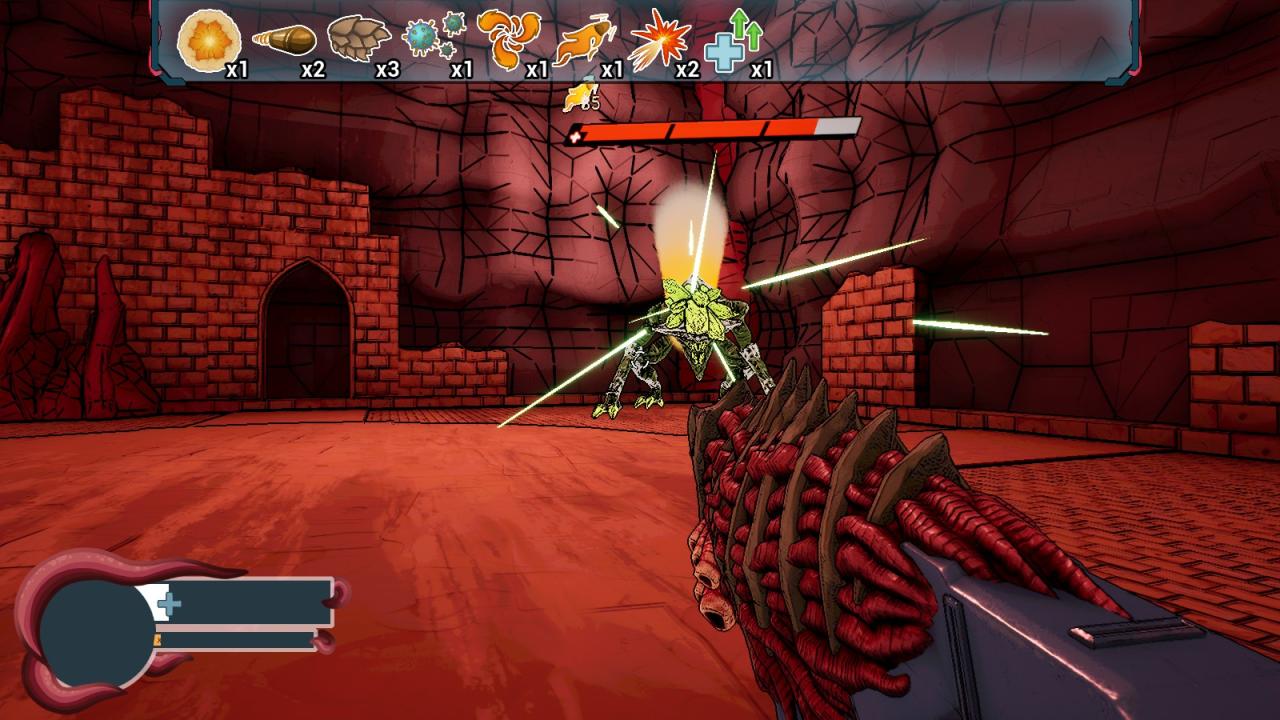 If you don’t get extra health or armor it kills you with a single shot. Be prepared. The hook is recommended but not necessary. Double jump is enough. The best option is to have all the damage boosted items to kill it faster.
Hyena (??) has three phases:
1) shoots three times with a green wave and run straight at you
2) creates some minions and shoots a long and slower wave
3) shoots faster and runs at you more often.

At the end of this level there will be to options: to escape (go to menu) or to continue (new game+).

That’s all we are sharing today in Symbiotic Levels and Items Guide, if you have anything to add, please feel free to leave a comment below, you can also read the original article here, all the credits goes to the original author North_Art