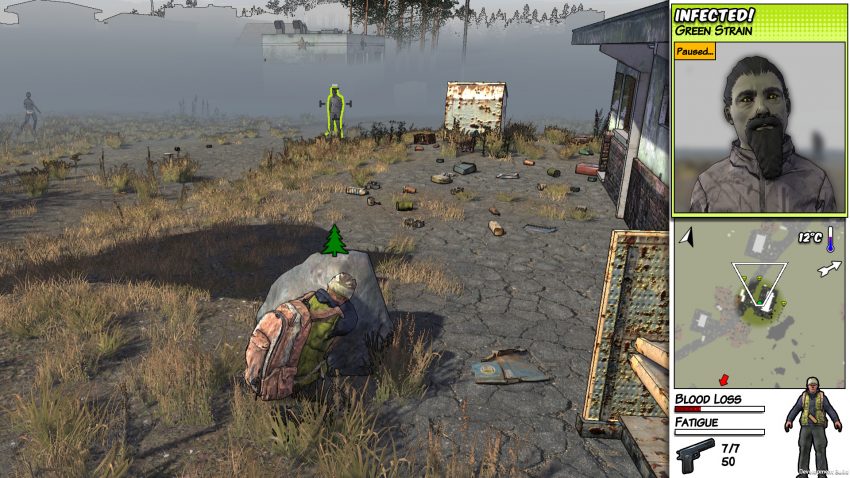 Starting tips to help in dealing with the zombie horde. Early Alpha Sandbox.

The Game is Hard. Well, it doesn’t have to be.

Something that people might say about Invisible Strain, much like the first game, is that it is overly difficult or that it has a steep learning curve. I feel that this is a mischaracterization. The game is surprisingly deep with a lot of systems in play but basic combat is not hard to learn. However, the difference in difficulty between when you don’t really know how to play and when you do is ENORMOUS.

Therefore the goal of this guide is to outline some simple concepts to get people started and avoid rage quitting. This guide was written during early alpha but I suspect that these concepts are general enough to remain relevant as the game continues to develop.

Zombies are FAST!!! As long as they can run…

The zombies are fast. Just as fast as you. And they don’t get tired. They can hear you, smell you, and see you. But seeing you is the important one. If they hear you or smell you, they will slowly begin looking for you. Seeing you is what triggers the chase. And the chase is what you want, as long as it’s only one. Multiple zombies chasing you quite often means game over.

So the first tip is to avoid attacking zombies where they stand. It can be very tempting to sneak up behind a zombie with its back turned to you. Silently assassinating a zombie with the knife in this fashion can be very effective. The danger is that there are likely other zombies just outside your vision that will hear an attack or a botched assassination attempt. They will begin moving towards the sound and if they see you, you’re in trouble.

So you want to get a single zombie to chase you. Once it triggers, simply run directly away to a cleared area and fight it one on one. Rinse and repeat. It can be very easy to get a single zombie to chase you even when they are clumped together. You just need to wait for the closest one to turn and face you. Then get close enough for it to see you. When it triggers, the others will become alerted to the sound but they will not chase you.

The next tip is that zombies aren’t fast if they can’t run. Crippling their legs with arrows or melee attacks reduces the threat to almost nothing as they slowly hobble after you. 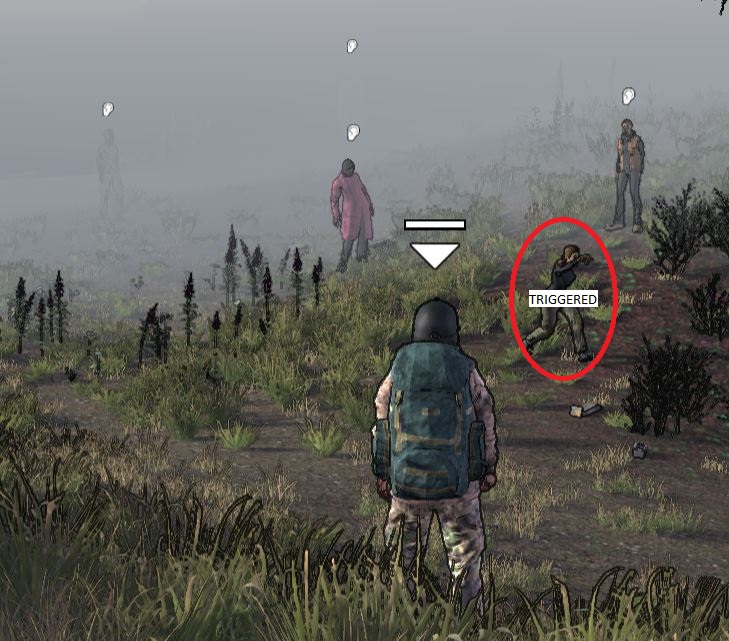 Skills have 5 levels of competency indicated by stars which increase through use. It cannot be overstated the difference in the effectiveness that these skills have based on their number of stars. You can find books which will give you bonuses to your star levels and bonuses from multiple books will stack.

You might notice in the previous section that I did not mention firearms. While firearms can be lethal, the fact is that if you have low skill with guns then you will make a lot of noise with them but you won’t hit much. Stars in firearms not only increases accuracy but also damage. So until I find a couple of gun books I personally avoid guns and save my ammo, unless I’m defending my base and I’m shooting from a watchtower or from behind a chain link fence.

For both bows and guns, accurate targeting is indicated by red cross hairs. If they are white, then you will likely miss. To get them to turn red, you’ve got to be close enough to your target and higher stars will help a lot. Getting close enough means sneaking up behind your target. Stealth skill will not hide you from view if you are in the open. You must either be behind the target or hiding in cover with good stealth skill to get close enough.

You can actually creep right up behind a rabbit and club it as long as it is facing away from you and you are down wind. 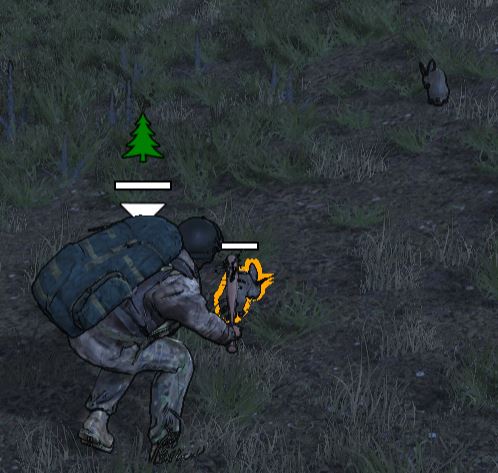 Much More to Learn

Those simple tips should be enough to allow people to survive their initial encounters with the infected. There are many more methods for dealing with threats but this should be enough to get started. As I mentioned at the start there is a lot of depth to this game. Building your community and seeing how personal interactions work is truly amazing. I hope this simple guide will help some people stick with it long enough to see how much this game has to offer. Thank you for reading and stay safe out there.
Written by Valcus