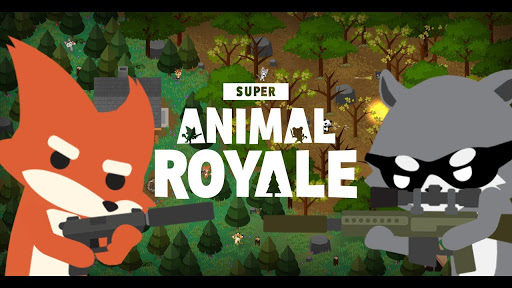 This guide was written with the intention of helping people achieve the ever illusive pacifist victory. This is the strategy I use in most of my pacifist games, and there are some tips that hopefully assist you in your fight to win that fly swatter.

So you want to be a pacifist do you? Pacifists, are what I like to call the “Y” factors in games. Mainly because everyone asks me “why be a pacifist?” Truth be told, trying to get a pacifist win can be really frustrating and at times, almost rage-quit worthy, however I hope that what I have here for you is helpful enough to guide you into a Super Animal Royale Pacifist VICTORY!

Trust me, the first one is the hardest.

First, I’m going to dangle the reward for winning a pacifist victory in your face.

This reward is only given if you pacifist in a solo game. Duos & Squads, while you can play with a pacifist morale technically do not count nor do they currently offer in-game rewards.

It’s important for me to run you through some obvious, and some not-so-obvious things that pacifist can NOT do during a match. If you do any of these, even with a win it technically won’t count as a pacifist win.

Before you start trying this, do note that because we all have different play styles, you may want to adapt this to your personal play style, yet this strategy is a safe-bet as it tends to encompass the idea of safety over risk.

Anywhere you drop has its risks, dropping too early can cloud you very far from the soon-to-be active play zone, but dropping too late can get you mixed in with a lot of pacifist chasing bots. Judge the game when you start by seeing how many people jump out at a time, if nobody jumps at the very start, give that a shot, my personal preference is to look where the plane line crosses the map, and look for somewhere that is just outside of drop reach (you’d have to walk/run to get there) and aim for that – as most people aiming to fight are going to land in plane range for a weapon.

You’ll also want to go for a place that isn’t just open air, or the middle of the road. Pick a place that has some houses,tents, fire pits or other things you can loot and use.

Health Juice and Armour play a vital role in you escaping this match with a victory. Some people place armour at a lower value but honestly when it comes to late game, having a sturdy LV2 or LV3 armor can save your bacon and health bar when you need it the most.
READ:  Super Animal Royale: Weapons Guide

Your first focus in all matches as a pacifist is to scrounge up as much health juice as you possibly can. Break boxes, cut grass, steal from innocent animal homes and get that jug to 200 as fast as you can. The best rate to tell if you’re doing well is to get near a full cup before the gas starts to shrink to the first circle size. If you can manage this, you’re ahead of most players in their health back-up category, and it allows you to free-roam the map to safer spots instead of still dealing with the fear of dying while hunting health juice.

If you were not aware, there is a speed boost available to those who perform a Super Jump Roll. After landing from a Super Jump Roll, you can (with precise timing) perform a second to gain a 10% speed boost. The boost is indicated by a trail of sparkles following behind you, and this is also applicable to super crouch rolls.

That 10% speed boost might not seem like a game changer, but if you’re getting chased or trying to make it to the zone because you fell behind, it can make a world of difference.

How To Protect Yourself

A common misconception of pacifists is that you can’t defend yourself at all, and that’s not entirely true. Indirectly, there are a lot of things you can do to protect yourself, however there is only one direct action you can do towards those pesky people chasing you.

Praise Banan
You’ll want to familiarize yourself with how to praise banan, and how to throw it so it doesn’t bite you in the butt. Most people who play Super Animal Royale are aware that bots don’t actually react to throw-able items, so if you’re being chased by a blood-hungry teddy bear, throw a banana right behind your feet, and you’ll end up with a few more seconds to try to lose that tail of yours (not your actual tail!)
Difficult Protection : Using Others
It sounds sketchy, I know. However players and bots mostly shoot at those posing the biggest threat to them, or in a bot case, they focus mainly on who is closest to them. If you’re confident enough in your wiggles and wobbles that you can run by a bot that you may see in your vision, lure the teddy bear bot chasing you into his path. This can cause a chance at losing health, but I’ve personally had a bot chase me almost across the entire map, so sometimes it’s a needed action.
RUN, Run… and Ruuun
Simple right? RUN. It’s amazing how much players will focus on someone that doesn’t actually pose a threat to them and chase you across maps, again, sometimes you need to draw fire from other players and animals in the game so that they go away however if you react fast enough and start heading away from people as soon as you see them in your visual, you might not get chased to begin with.
Be Sneeky & Hide
Hiding, is a pretty simple strategy in that it doesn’t require movement, however there are a few factors you need to keep in mind. Bots do not care if you’re hidden amazingly behind that rock or not, they’re still going to shoot you. Keep your eyes on the kill feed and player count, once it gets below half, you’ve probably got enough of a player to bot ratio to be able to utilize slowing down your gameplay and playing to the edge of the circle.
Super Skunk Gas
You ever see that green fog coming at you like you forgot to pay it back lunch money from five years ago? Yeah, that gas is actually your best friend in a pacifist game. It’s incredibly hard (kudos to the developers) to actually predict where that game zone is going to end up, but once you’ve got yourself all prepared you can actually use the edge of the circle as your benefit. The majority of the game (for people who don’t get stuck on boxes or go afk) will be spent outside of the gas zones, which means they’re constantly moving into the new play zone when it’s alerted, unless they’re in gun fire. So how does this help you? With your back to the skunk gas, if you slowly advance with it instead of always being in the play zone you can actually stay outside of most player range for the majority of the game which allows you obviously to avoid all the guns.

So, as a pacifist you want to keep your health juice levels at 200, and your health full at all times as anything less could be the 1HP that costs you to lose the drinking contest at the end. There are some things that can help you heal without dipping into that health juice.
READ:  Super Animal Royale: Secret Milestone Guide

Campfires
Campfires are a good solution to a normal problem of being well, shot at by animals. Campfires themselves might not heal you to full health on their own, depending on how low your health is, but they’re a great alternative to spending precious health juice. They also give you another tally in the column to unlock marshmallow sticks from number of campfires used!

So you’ve got all these ideas on how to protect yourself, how to maybe get some health and some armour, you’ve done all that before right? Well let me tell you one of the biggest secrets of being a true pacifist.

Cut some grass.
No seriously, get your sickle out and start cutting grass.

Grass is by far one of the most underrated suppliers of small health juice bottles, super tape and bananas, all of which you need an overabundance of to survive.

Grass, will be and always has been a pacifists secret weapon.

Alright, so you’ve made it to the final 2-3 circles with about 5-6 more animals in your way, and you now realise that it becomes nearly impossible to stay hidden the entire time unless you’re extremely lucky with how the map has played out.

Stick To The Edges
As stated earlier in the guide, hug the edge of that circle as often as you can. Most people will be inside the main circle shooting, or looking for someone to shoot. If you can, hide behind a large rock, a tent or some trees that obstruct other players views.

Move with Caution
Running and jumping in the final circles can really hurt your chance to make it to the end of the game and win. It should be no surprise that the only way to get through some of these circles is to hide and stay silent. You should be crouch walking, or crouch rolling anywhere you go, as speed doesn’t necessarily help you in these situations. Being quiet and letting the animals focus on each-other (the ones being loud making gun noises) is a much safer approach.

Do whatever you possibly can to take the least amount of damage. This is where wearing armour comes in handy as it prevents the others lowering your health bar.

Final Circle Close
When the final circle shrinks, eliminating any safe-zone, you don’t necessarily need to be in the dead centre as that’s likely where the other animal is, but what you do need to do, is make sure you start chugging that juice as soon as you start taking damage, and hopefully you’ve done a good enough job to see the “You’re a WINNER” screen pop up.

If you find yourself getting to that final circle win, or within the top 5 animals every match as a pacifist, don’t give up if you keep losing, there’s a 50/50 shot you win a juice chugging battle. If you’re getting that close, chances are you’re going to win sooner or later, believe in yourself!

I really hope something along this guide helps you learn something that you didn’t know before or maybe gave you a different insight that you didn’t have, and I wish you luck in your journey to winning that elusive pacifist victory. If you’ve already gotten one, I challenge you to get some more!

Pacifist games are a great way to change up how you play the game, and they most definitely improve your escapability strategies when it comes back to a real gun fight. Thank you for taking the time to read through this guide, and go have fun out there ^-^