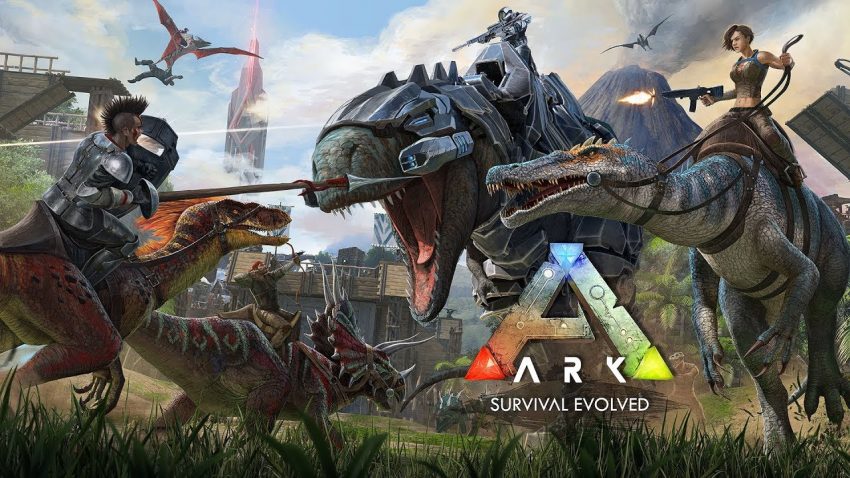 A list of hints for solving every puzzle in Stephen’s Sausage Roll without spoiling too much. For people who would like a little help without ruining it for themselves.

Warm: Spoiler Alter, this guide is still work in progress.

Intro
This guide is meant to be a compendium of hints that can point you in the right direction when trying to complete a level. I’ve tried to design it so that each hint is a little bit more obvious than the previous one, so you should probably only look at them one at a time. I’ve also written a short description for each solution so if you’re completely stumped, you can still try to finish it without just watching someone else do it. I’ve also added some important rules of SSR at the end – I recommend you don’t read them until you’ve completed the relevant world, as it might spoil some mechanics!

Hint 1: Never extend an uncooked sausage over an edge unless there’s an adjoining space for you to push it back.
Solution: Roll the left sausage across the grill, then bring the right sausage around to the other side and grill it the same way.

Hint 1: There are lots of ways to create a failure state in this level. Before you move a sausage onto a grill, think about how you’ll move it back to grill the rest of it later.
Hint 2: Mathematically, there’s only one possible starting move that doesn’t create a failure state.
Hint 3: It’s alright to push an already-grilled half of a sausage over the edge.
Solution: Roll the vertical sausage up one space, then move it to the right corner and push it up one so that the grilled half is over the sea. Grill the other two sausages completely, leaving room for you to finish grilling the vertical one.

Hint 1: How would you solve this if you were able to walk next to the ends of the sausages?
Hint 2: What’s preventing you from performing your Hint 1 solution here?
Hint 3: There’s no reality where you complete this puzzle by pushing two sausages at once.
Solution: Push both sausages up once, then move the sausage further from the grills down two. Grill both.

Hint 1: Think about what order you’ll need to visit the grills.
Hint 2: The dock in the bottom left has a purpose.
Hint 3: You can’t use the single grill to grill two tiles of the sausage without leaving half of it unreachable.
Hint 4: Just because there are two grills next to each other doesn’t mean that you have to use both of them at once.
Solution: Move the sausage down and grill it only on the bottom tile of the double grill. Walk on the dock to roll it right. Pass the sausage vertically through the lone grill twice, then grill the last tile on the top of the double grill.

Hint 1: How can we apply the way we’ve already been using single grills here?
Hint 2: How might we use just two grills to grill all four tiles on the sausage?
Solution: Move the sausage along the right edge until you can push it onto the grill. Push it across the grill, then roll it downwards to the next one, then push across again.

Hint 1: It’s only possible to recover a sausage from the right grill if you roll onto both grills at once.
Hint 2: Any sausage that passes the left grill must grill another tile on it’s way back.
Hint 3: Imagine the ways you’d be able to swap the positions of the sausages.
Solution: Move the left sausage up one and then the right sausage left twice. Move the left sausage down twice, then right three times. Move the completely grilled sausage off of the grill, then push it up so that it is extending partially over the sea. Finish grilling the other sausage.

Hint 1: How will you move the top sausage without being able to push it with your fork?
Solution: Use the sausage next to you to push both sausages across the grills.

Hint 1: You need to move the right sausage up to be able to pull it back onto the island. How will you do that?
Hint 2: This level is similar in principle to Seafinger.
Solution: Grill 3/4 of the other sausage while using it to push the other sausage upwards. Finish grilling the first sausage, then push it aside so that you can roll the second sausage downwards across the grills.

I don’t have any tips for this. Just be careful :^)

Hint 1: If you follow the most obvious sequence of steps, you hit a roadblock after moving the sausage downwards from the top grill. How can you avoid this?
Hint 2: In this case, the easiest beginning sequence is not the correct one.
Solution: Skip the bottom grill and grill your first tile on the top one. Move the sausage down twice from there, roll it to the bottom grill, push it up once, and bring it around so you can finish it on the top grill.

Hint 1: When approaching puzzles in this game, you often must think about not only how you’ll get a sausage across the grills, but also where it’ll stay while you tackle the rest of the level.
Hint 2: There’s obviously not enough room for you to leave both sausages on the grills. In what order might you want to grill them?
Hint 3: What do you think the dock is for?
Hint 4: Grilling the sausages one by one won’t work out very well.
Solution: Grill half of the vertical sausage, then bring the horizontal sausage to the dock and move it up through the right half of the grill, grilling the left half of the sausage. Bring the horizontal sausage around to the left side of the map and push it to the right, grilling the rest of the vertical sausage.

Hint 1: Look at the positions of the grills. What would be the easiest direction to push the sausages through them?
Solution: Move the sausages counter-clockwise around the island as you grill them.

Hint 1: Your problem is likely that you can’t grill the last tile on the last sausage because you’ve pushed it to the bottom island. How can you solve that issue?
Hint 2: The tile that you can’t grill with the obvious approach is on the underside of the sausage in its spawn position.
Hint 3:If you can no longer reach a specific part of a sausage, is it possible to grill it ahead of time?
Solution: Instead of moving the last sausage down, first move it up and to the left so you grill one tile of it, then move it in line with the rest of the sausages. Finish as normal.

1. A sausage cannot be “pulled” back from its spot unless there is a standable space next to it.
2. You can grill sausages on L-shaped grills by pushing the sausage across the single tile, then rolling it onto the double grill.
3. Stephen needs a 2×2 area of clearance (the space he’s standing on, the space his fork is, the space his fork will be, and the corner between them) to turn.
4. Stephen can always push a sausage if he can get his fork next to it. This means that he can even push sausages from around corners.
5. A sausage can only approach a grill if there is an empty space next to it.
6. A sausage cannot be pushed lengthwise across two grills.
7. A sausage can only be rolled twice over a double grill.
8. Walking on a grill will cause Stephen to return to the space from, but he still pushes objects with his fork.

1. If you skewer a sausage that is lined up with Stephen (so that you take up three consecutive spaces), that sausage will never come off your fork.
2. Carrying a skewered sausage restricts Stephen’s movement to sidestepping. His movement is largely the same as with a fork, but eliminates the need for turning clearance.
3. You can scrape off a skewered sausage against another sausage if that sausage is against a wall.
4. Two sausages stacked on top of each other in the same orientation will always move as a pair.
5. All stacked sausages will follow the movement of the base sausage when pushed (not rolled).
6. Stacked sausages will move forwards if its orientation is opposite its base when the base is rolled.
7. A sausage will always stay in place if there is a solid block directly underneath it when its base is pushed or rolled.
8. Skewered sausages still get grilled as expected.

1. When standing on a sausage, it will always move opposite the direction you input. You can walk freely along the length of a sausage.
2. You can only leave a sausage you’re standing on by walking along the length of a sausage to another tile, or walking against its roll while a wall prevents its movement.
3. Stephen can only carry skewered sausages up ladders if they are facing the orientation of the sausage (ie vertical sausages can only go up ladders facing N/S).
4. If Stephen is carrying on top of his fork, turning will drop it.
5. If Stephen is carrying a sausage lined up with his body+fork on his head, it can only be removed by skewering and then removing another sausage or using a 1 block high tunnel to push it off.

1. Stephen drops his fork when he stands on a sausage and rolls off a 2+ block drop, facing backwards.
2. Without a fork, Stephen must face ladders to climb them, and face away from them to descend.
3.Walking into his fork from the handle side will cause Stephen to pick up his fork again. You can still push the fork in the direction of its handle without picking it up by walking backwards.
4. Stephen’s fork can be stood on. It also rolls off of sausages.
5. Forks can be left stuck in sausages, and can later be retrieved.
6. Stephen’s fork can skewer sausages even when he is not holding it.
7. Stephen can grab a fork on the other side of a sausage by rolling it so that the sausage spins to him
8. Stephen can change the orientation of a sausage by carrying it on his head. This is usually accomplished through the base of a stacked sausage out of the way or climbing up a ladder with a sausage extending over the top of it.

(Spoiler warning for several puzzles here)
1. Leaving a sausage underneath an overhang will prevent it from sinking when starting a level.
2. Suspended platforms will immediately sink if nothing is supporting it.
3. A sausage suspending a platform can only be replaced if the platform is unable to move with it, or you push the new sausage while standing on the platform.
4. Platforms can be carried with skewered sausages.
5. (THE BACKBONE SPOILERS)When standing on a movable object, Stephen can move it by turning his fork against an immovable object.
6. (PLATEAU FERRY SPOILERS)The overworld “remembers” the position of islands even after they’ve sunk.