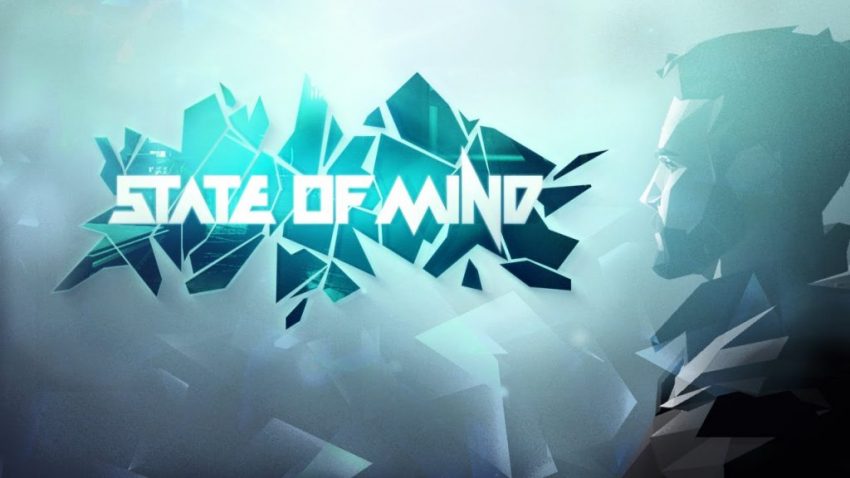 A guide meant to help the player obtain every achievement in the game for that sweet 100%. Be wary of mild spoilers.

So, if you haven’t played this before, this is a very story-focused game. I would recommend playing through it blind at first and then doing a clean-up for missing achievements.

Bear in mind, there are missable achievements, and multiple choice based ones too. A minimum of two playthroughs is required.

You can skip dialogue with right mouse click, so a second playthrough shouldn’t be too bad.

I recommend you look at the Best Dad Ever! and Worst Dad Ever! achievements to start off, as multiple actions are required during the game in order to achieve them.

With all that said, let’s get this guide rolling. ^^ Achievements are presented in the order you should get them in. Don’t move on to the next achievement before you’re done with the current one.

You’ll receive this upon waking up in your apartment and meeting Simon for the first time.

Richard played the spinet for more than 5 minutes.

You need to play the spinet in the living room for more than 5 minutes. I’m not sure if just idling it counts towards it, but I’d continuously press the buttons for the time required.

You get the achievement after leaving the spinet, so make sure more than 5 minutes have passed before exiting.

Adam played his piano for more than 5 minutes.

This is the exact same as Richard’s spinet achievement. Same rules apply to this one.

The apartment layout is the same, so the piano is in the same place as the spinet.

For the “Supreme Chef” you just have to serve John cornflakes and hot cocoa, when he asks for food.

For the “Variety is Good” achievement, just serve John anything but cornflakes and hot cocoa.

Adam brought John to the hospital.

You’ll get this once you check John in the hospital.

Playing with Richard again, you’ll be able to interact with your Cloudhub in order to write an article for your work.

For the “Conformist” achievement, you have to choose the Serious option for all segments.

For the “News Bomb” achievement, you have to drink the whiskey twice and then choose the Agressive option for all segments.

You finished the first chapter.

*Worst Dad Ever! note – Once you’re back at the plaza, go to the entrance to the Present and talk to the woman there. Afterwards, release 3 LightBalls.*

Sigmund Would Be Proud

Adam woke up from his dream.

Finish the pretty linear dream sequence with Adam and you’ll get this when you wake up.

The System Strikes Back

After you talk with Kosowsky and Phil in the club, a cutscene will play out. After that’s done, you’ll get the achievement soon enough.

After Richard uses the Cloudhub to call Adam, you’ll get the achievement.

Adam was introduced to Sally.

After returning home from work, you’ll meet the babysitter and get this achievement in the process.

While putting John to sleep, make sure to talk to Sally and you’ll be able to tell her to call you Adam. You’ll get this achievement doing so.

For “Knows No Lullaby” : When putting John to sleep, make sure you select the “Sleep” option straight away.

For “Sleep Tight, Son” : When putting John to sleep, make sure you select the “We’ll fix that” option. Talk to Sally to find out what helps John sleep and then use the Smartloft controls to select the Underwater theme under Ambient and the Fishes hologram. Talk to John again, tell him Sally can stay and then choose to promise him on both his requests.

For “Best Dad Ever!” you need to do the following:
– Prepare the right breakfast for John (Cornflakes + Hot Chocolate)
– Before leaving the house for the clinic, look for Henry’s remote control
– Before going to the clinic, go to the right path, play with Henry and feed the fishes in the park
– After the clinic, go straight to your house
– After Adam’s work, talk to John and prepare him his dinner
– When John is in bed, talk to Sally and then interact with the Smartloft and choose Underwater and Fishes
– Talk to John and ask him to sleep, select “Promise” twice

For “Worst Dad Ever!” you need to do the following:
– When preparing John’s breakfast, choose anything but Cornflakes and Hot Chocolate
– Don’t look for Henry’s remote control, go straight to the door and tell John to hurry
– Go straight to the clinic, don’t go to the park
– After the clinic, talk to a woman in the back before going back home, and release 3 bubbles (I’ll revise this step after getting the achievement myself)
– When back home, go straight to bed after talking to your wife
– After speaking with Richard, John will ask who it was, select “Lawyer” and tell John to get out of the room
– After Adam’s work, go in John’s room, interact with the Cloudhub until you can tell the grandfather to not talk to John anymore. Interact with it again until you can delete the grandfather
– Don’t prepare dinner for John
– When John is in bed, tell him to sleep straight away

After finishing the third data fragment with Lydia, you’ll get this achievement.

Pretty self explanatory. After meeting Amy in Liquid Sky, just spend 25 minutes there. Feel free to talk to the characters there and interact with what you want, but do not interact with the balloon at the top of the ramp.

While exploring the fourth data fragment, you’ll be playing as Simon. After escaping, you’ll take the elevator up. After the cutscene interact with the console and you’ll gain control of the production lasers in order to destroy the drones so that your fellow robots can escape.

For “Let My People Go” : You must destroy all the drones so that you can save as many robots as you can. It’s easier than it sounds.

For “Egocentric Android” : You can just idle this part and let the drones kill all the robots.

Adam made his decision to stay.

When talking with Amy at the Dome, make sure to accept her final proposal.

You finished the 4th chapter.

You’ll get this once you gain control of Lydia again.

You mixed a potion on the first try.

As soon as you’re in control of Lydia, interact with the chemicals on the left and choose the following options:
– Gamma farmide
– Potassium hydroxyde
– trizepam

You’ll get this after escaping with Richard and.. well, listening to Kurtz’ speech.

Achieved once you make your way into the sewers.

Awarded after using the hover car to escape from the apartment.

John reached the big hall inside the Dome.

Awarded upon using the elevator in the middle of the Dome.

Richard got James and Tracy back. / Richard got his family back. Sort of.

The first of the two final decisions.

For “Family Reunion”: choose to download Sally into Tracy.

You’ll get these achievements once the credits roll.

Not Real Anyway / Behind Children’s Eyes

City5 got destroyed. / City5 was downloaded into James.

The second of the two final decisions.

For “Not Real Anyway”: choose to abandon City5.

For “Behind Children’s Eyes”: choose to download City5 into James.

You’ll get these achievements once the credits roll.

Congratulations. You finished the game.

Congrats, you’ve finished the game. Now on to the second playthrough.