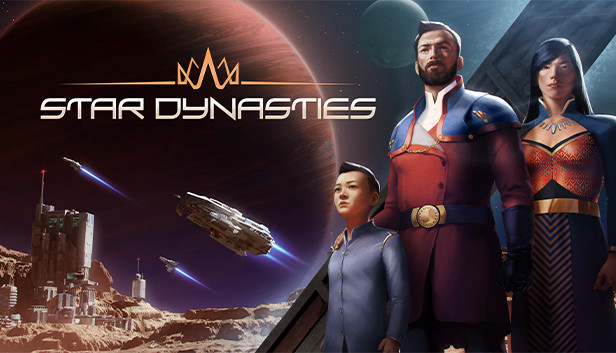 For Star Dynasties players, this guide is about how to keep sustainable growth, follow this guide and you’ll know what you need in the long run requires planning and preparation.

This guide was written for the Early Access version. Some of it no longer applies, like the infrastructure related parts. I will go over it soon to rewrite them. Other parts are still relevant and are meant to help you avoid many of the less obvious pitfalls I experienced – like expanding rapidly and then losing it all on rebellion, or giving each of your relatives a planet and ending up alone on my your with an infant heir and no way or getting more people until they marry. All of this is aspirational, you will not be able to do all this all the time, but it is something that will give better results if achieved. I am playing on Normal so parts of this may not work on other difficullty levels.

I want to stress that the RNG can be brutal, and you will probably have to reload more than a few times. Sometimes several of your key adults just die, or all your vassals abandon you. Or your brother will ask you to choose between him and a Duke. Even when things are going well they can mess up fast, but when they are going badly they can really snowball out of control. Luckily, this happens to the other factions as well, and they can’t load a prior save. But overcoming difficulties creates a lot better stories than pure save scumming, so use it with caution.

I’ve separated the guide into several steps, which are more important in different stages of the game. The steps are not distinct – you should try to do all of them, but as time goes on the first ones decrease in importance, while the latter parts increase.

Your first task should be to ensure survival of your state. At the start you are the most vulnerable.

Gradually improve your own system’s infrastructure.

The game is called Star *Dynasties* for a reason. History is full of great rulers who expanded greately and their empires fell apart almost immediately. When you can take a new planet, your first thought should be “do I have someone reliable to put in charge there” – in many cases this should be a relative. You will need a ton of them…. while keeping within the family size limit, of course.

You are most likely going to have too few relatives and not too many, but watch for the family size limit and DO NOT get over it. Don’t forget that children close to coming of age will need to marry and this will potentially increase the number further.

Try to grow your characters’ stats. It is best to have a primary stat user, and a younger one as a backup and when you need to use two at the same time. you can increase a character’s stats by having another character teach them. This uses the teacher’s science stat. I’m listing them in the order of importance (though that may change depending on your situation).

This is a game of patience and opportunities. Colonies get abandoned and rebuilt, factions grow and shrink, leagues form and fall apart. Waiting for the right moment to grow can be tedious, but growing right is important if you want your empire to last when others don’t.

Once you have a new system it’s time to choose its ruler. If you have more than enough family members – use them. They are more reliable, but more likely to be in short supply.
Important systems are best put under a close family member

It is ok to have a mix of family and non-family. The end goal is to be able to retake any single system held by a non-relative.

Being over the vassals limit is extremely expensive. Rising the limit should be a priority, but remember that people die randomly. Losing a person with Administration can remove 2 from the limit, losing a people with Science can reduce it with 1 and will reduce the effect of “Monitor Vassals”, so have a backup person, if possible. The way to go is to give systems to Dukes, because all their systems count as 1 – the Duke is your only direct vassal. Factions you created, with a close relative as a Duke, can be given planets with little issues. You can invest there, build up infrastructure, etc. The systems you give to other Dukes you should be prepared to lose with little notice, and if you beef them up it will be harder to retake them later.

Sometimes Barons offer to leave their faction and join a Dukes or the Archon of the faction directly. This is usually because they are related to the Archon or Duke they offer to join, or were punished severely by their old lord. This can put the faction they enter over the Vassal limit, cut off access and so on, creates a crime that will have you spammed with punishment requests, and generally brings dishonor. Try not putting close relatives under one of your Dukes, and not to punish people you want to keep into disliking you.

Star Dynasties is very hard, unforgiving, and sometimes equally as frustrating as it is enjoyable. It is already very cool, has the potential to grow into something truly great with a bit more polish and tweaking. It definitely deserves more love.

That’s all we are sharing today in Star Dynasties How to Keep Sustainable Growth, if you have anything to add, please feel free to leave a comment below, you can also read the original article here,  all the credits goes to the original author coleto