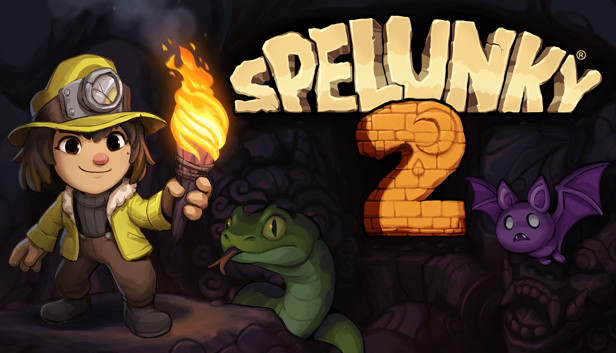 For Spelunky 2 players who are tired of having to pay for your items, have a hunger for the murder of innocent people? Then this guide is for you, time to take down those pesky shopkeepers!

This guide shows you a variety of ways to kill an unsuspecting shopkeeper and rob his store, this has 5 different methods of doing it, so sit back, relax, and enjoy!

Method 1: Use the items

Sometimes you may come across a shopkeeper selling weapons, such as shotguns or freeze rays, it is time to use these weapons against the naive shopkeeper! For ones like the shotgun it is pretty simple, just pick it up and blast out the brains of the shopkeeper, however you can also do it with the mattock!

To do it with the mattock, pick it up and stand just in front of the shopkeeper, the shopkeeper may move when you grab the mattock, that’s okay, you just want to stand immediately next to him on the side with the entrance to the shop, as shown below. 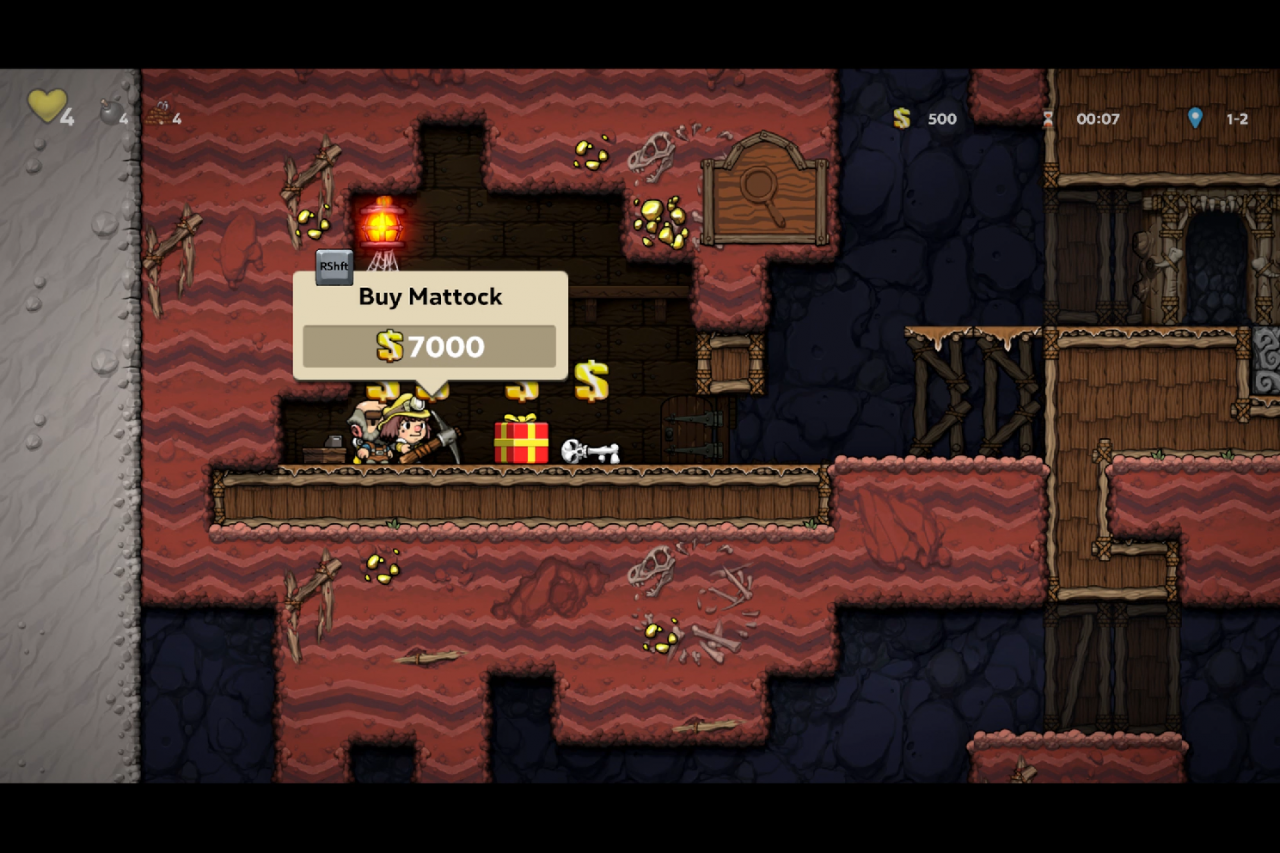 Now, facing away from the shopkeeper, use the mattock, this will hit him and send him backwards, move back so you are still next to him, and still facing towards the entrance, use the mattock, keep on using it until he is dead.

Wouldn’t it be great to rob a shopkeeper in almost any situation, well you can with the help of A ROPE! 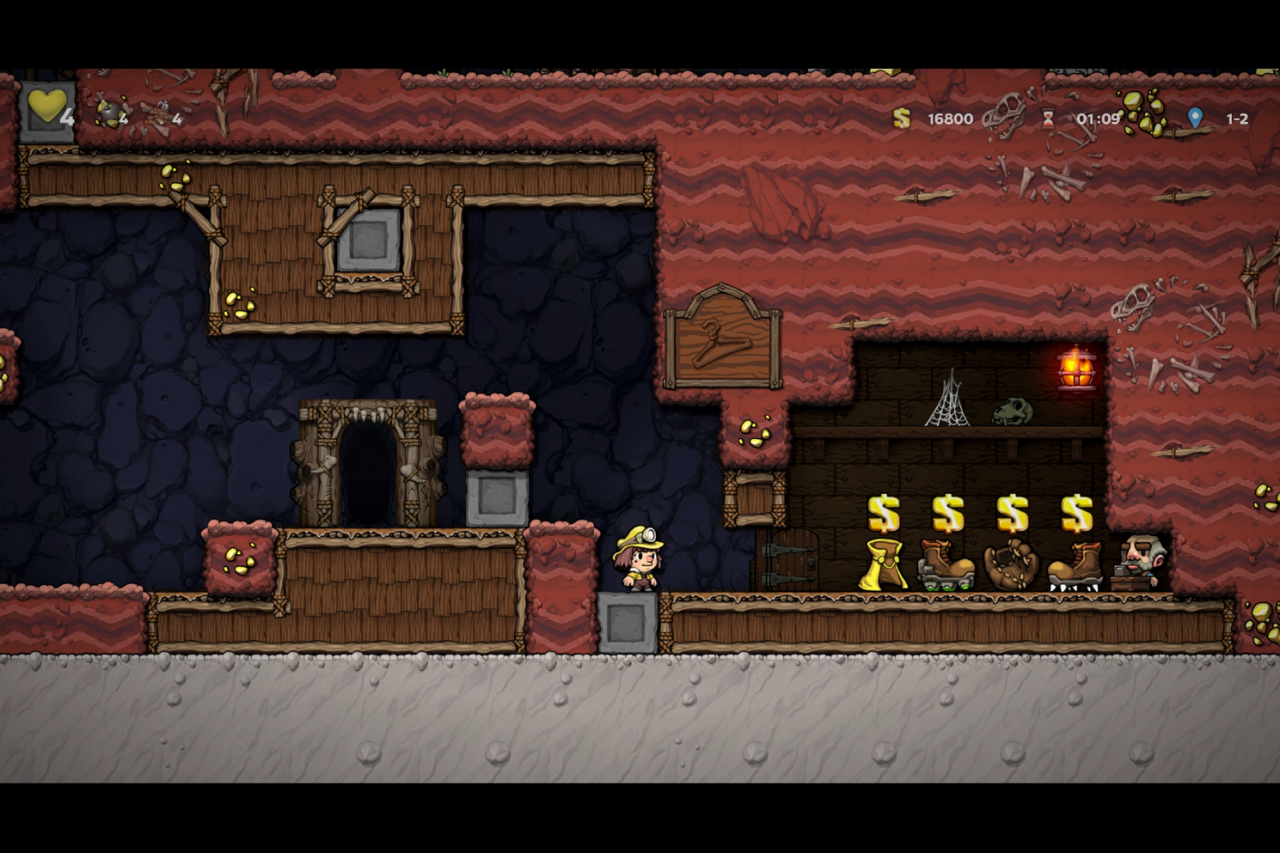 Move all the items into the section where the shopkeeper stands, circled with red on the image. 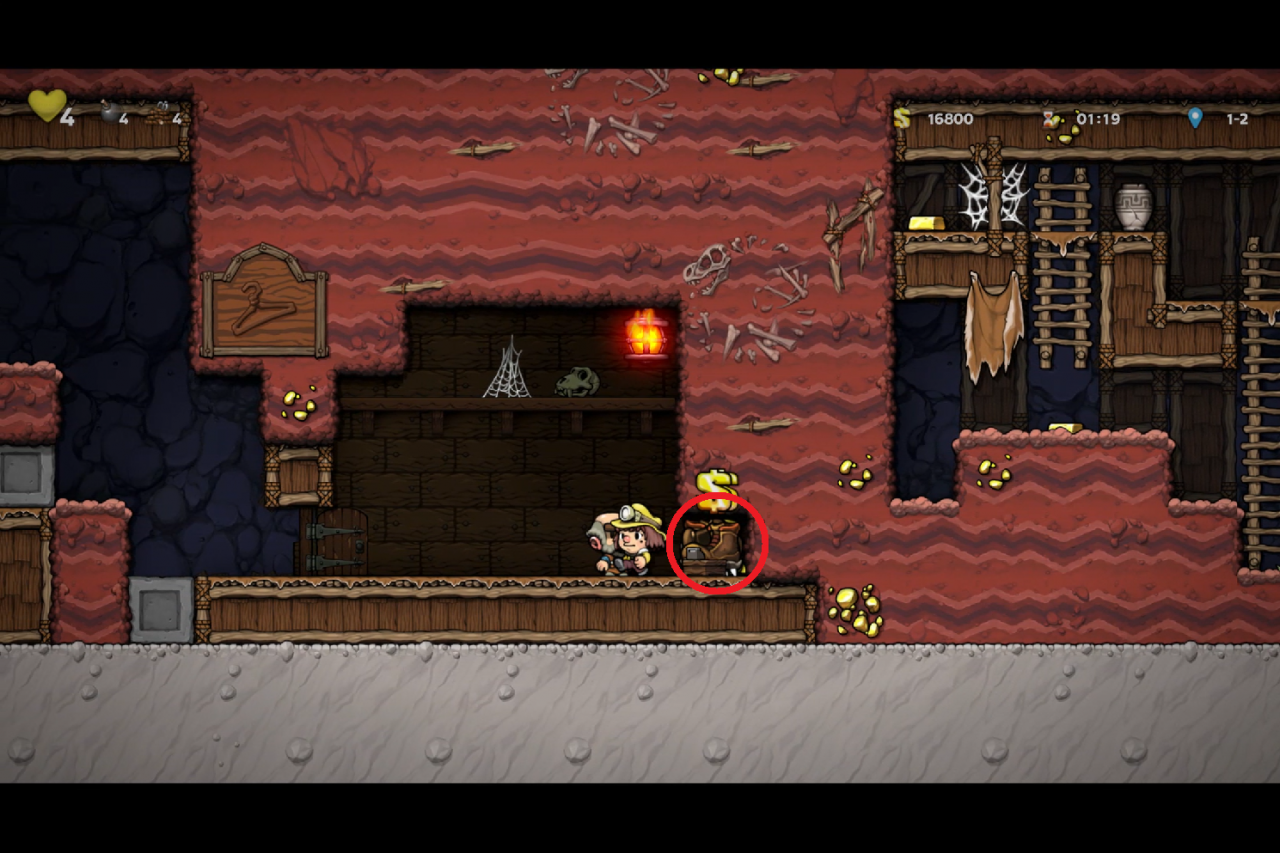 Stand where the shopkeeper is standing, and hit the rope button, this will cause the shopkeeper to drop his gun. Now, you must act quickly, grab his gun and shoot him in the face a couple times!

“Ok,” I hear you say, “but I want another method using the rope which is more dangerous but saves time.” Well, oddly specific request, but, here you go!

Without moving any of the items, go and stand where the shopkeeper is standing, shown by a red circle in the image. 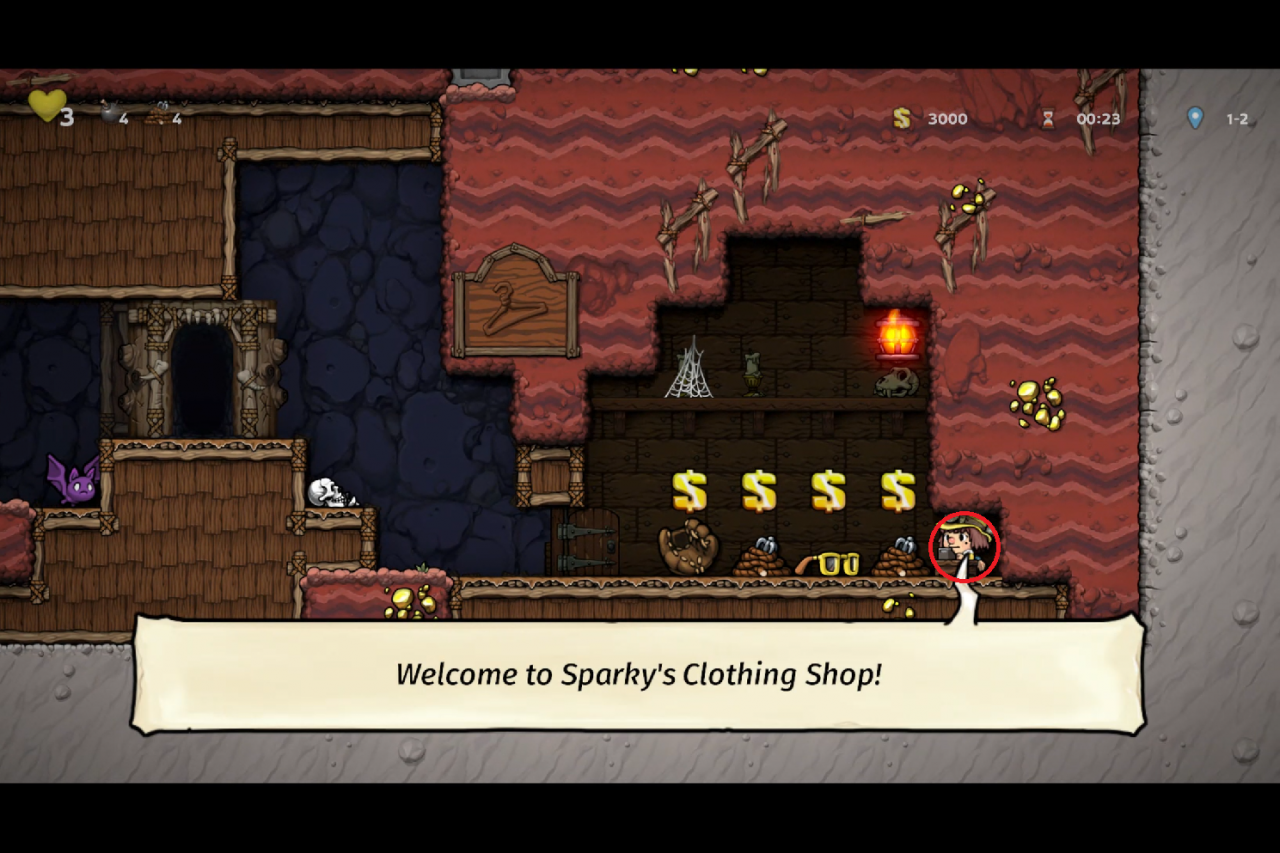 Just like the other method, use a rope and quickly grab the shopkeepers gun and shoot!

Method 4: The inside bomb

Ropes aren’t your style, how about some bombs?

For this one to work, you need to stand on the 2nd item in the shop, circled in red in the picture below. 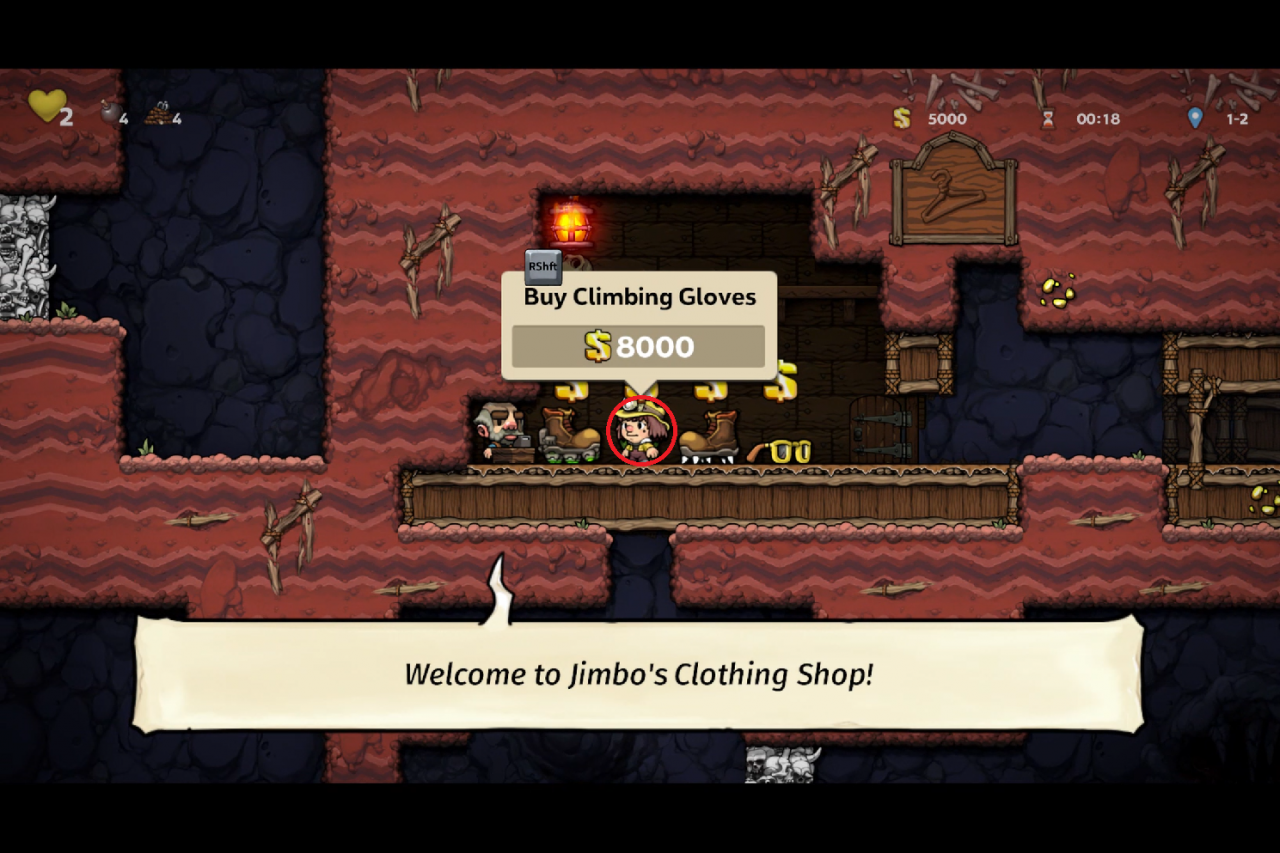 Then, you need to simultaneously jump and throw a bomb, when you fall down you should land on the shopkeeper, then take his gun and do the deed. The shopkeeper could either get blown up by the bomb or you can keep shooting to kill him that way.

Method 5: The outside bomb

Are none of these extra enough for you? Need something to prove your skills in spelunking, then this one’s for you!

You’ll want to start by standing outside the shop, about on the first block which isn’t wood, shown in the image by a red circle. 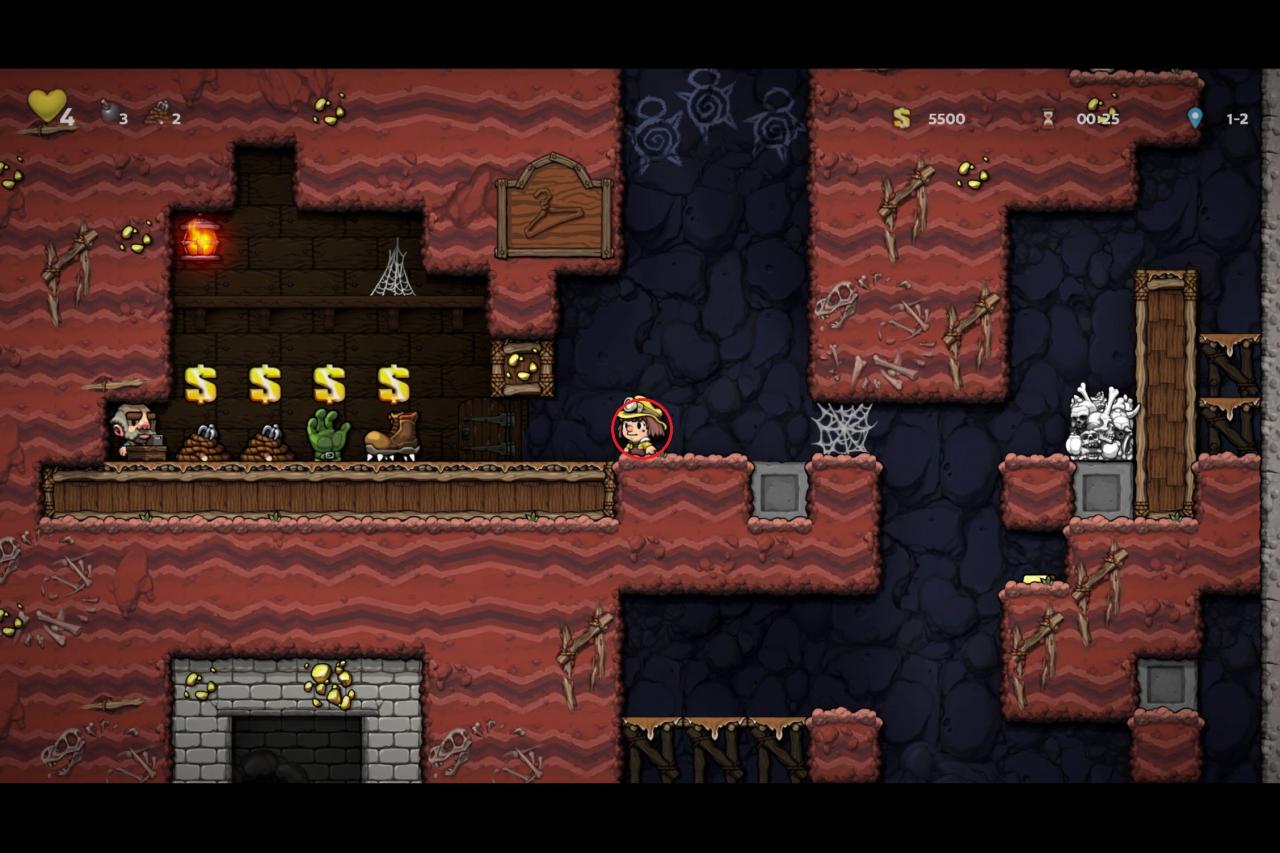 Now, you want to crouch and place down a bomb, the key is the bomb can’t go inside the shop, marked out by the blue box in the image. 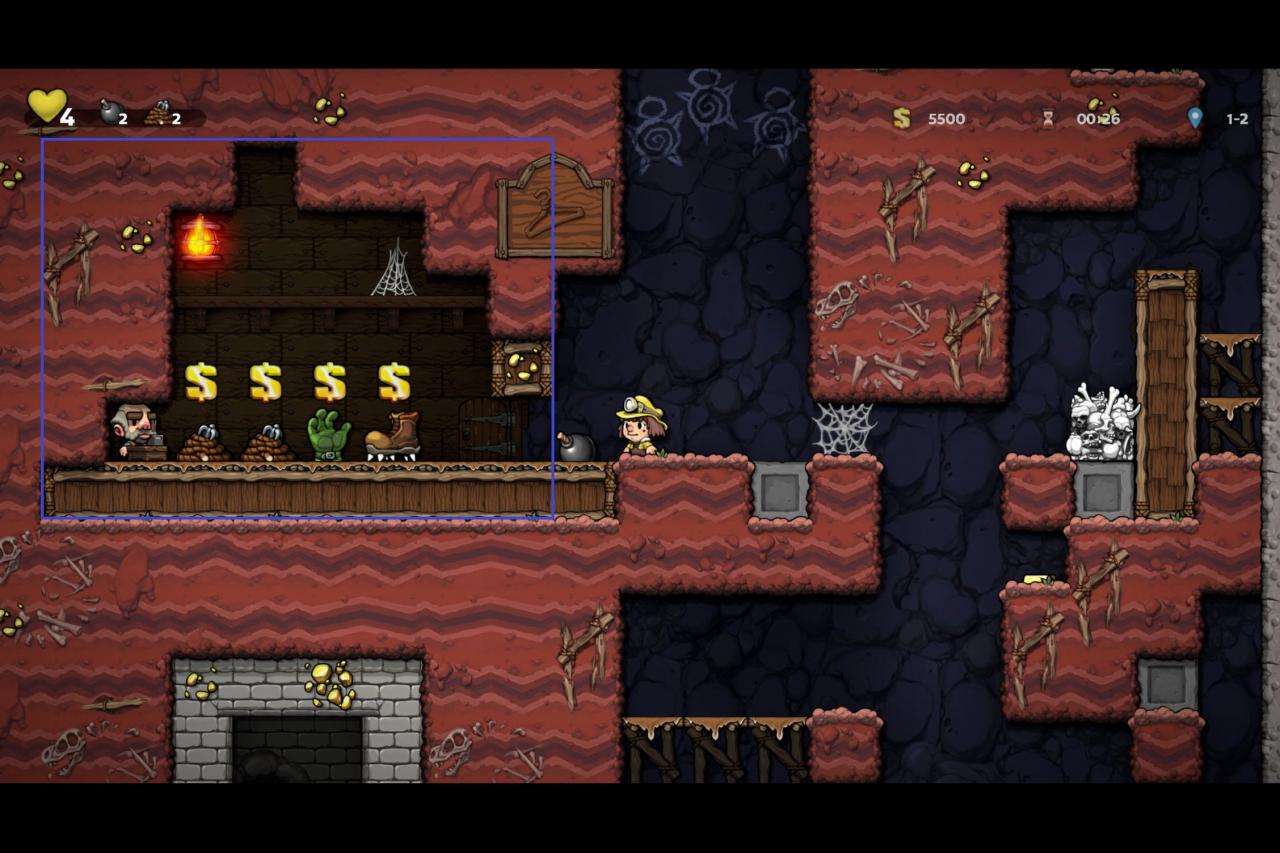 Now pick up the bomb, wait a bit, and throw it. The timing is crucial, too early, and the shopkeeper will have had time to run away and shoot you in the face, too late, and you’ve blown off your own face. If you have done it perfectly, the shopkeeper should’ve had his face blown to bits.

That’s all we are sharing today in Captain Tsubasa – Rise of New Champions Charged Shot Guide, if there are anything you want to add please feel free to leave a comment below and we’ll see you soon.

READ:  Spelunky 2 How to Easily Defeat Olmec in Co-op