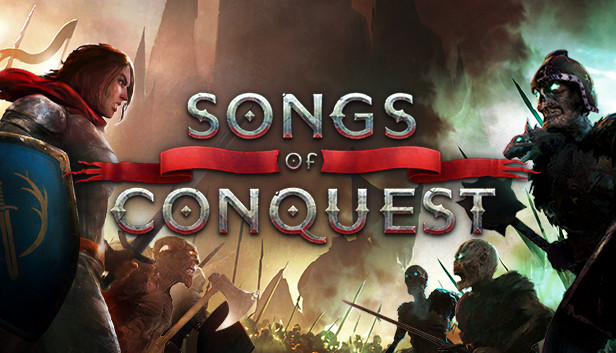 For Songs of Conquest players who are playing Arleon campaign, this guide helps beating the 4th mission by providing clear instructions and some useful general tips.

– Give all faey spirits (Make 1 big stack and two 1-unit stacks for essence) and feay nobles to Giandra and all other units to cecilia (in my playthrough she was around lvl ~15).
– Give Cecilia your most powerful artifacts and Giandra whatever you have left.
– Occupy the lumbermill and stone deposit which provide you with wood and stone.
– With Cecilia you’ll clear out the areas west, and then north, of your large settlement. There should be 3 small settlements which you can build farms and 1 marketplace on. All militia will join you. In the western area, avoid the big stacks of rats on the roads to the west. You’ll just need the 2 small settlements. This will provide you with ressources with which you can gather gold for troops later. From there head east to the area north of your large settlement. There will be another small settlement: You will need to build a peasents hut, a castle and a quarry to upgrade the castle later.
I actually confronted one of the wielders (Roderick) which didn’t had a large army yet and was able to defeat him. Althought I think that I was lucky to encounter him that early.
– A ton of militia will join you, so leave some room in your army for them. Giandra should take at least 1 stacks of militia too. She will go to the south-west where you can find another large settlement. If you only do the nessecary fights and play very carefully, you should be able to defeat the guards.
– After Giandra sieged the second settlement, stack up on some troops (but be thrifty with your gold) and gather ressources. After that return to the “base” to help out with defence.
– Gnaw shouldn’t have any units and will collect the ressources (glimmerweave!) and Faey units form the forest east of your settlement.You do not have to fight every single enemy on the map. Literally half of them is not worth the fight. Most of the time you only want to fight, if you can win without or very minor losses to troops.
READ:  Songs of Conquest General Guide for Beginners

2 Tipps regarding Combat:
A) Making 1-unit stacks will benefit you! You get essence form them AND you can lure enemies to waste their attack, while you only loose a single unit.
B) Fragile units like feay spirits should not be send out in the first or second round. Let the enemies approach you, while you weaken them with your Faey Nobles and Militia. Only strike with them, if you see the kill or a minimum of deaths when the foe retaliates. In general you shouldn’t just charge forth with your meele-units, when enemies can easlily attack them on their turn.

– Upgrading your Settlements gives you a lot more gold, which is why you should do this asap.
– After that you should build your dwellings:Farm, 2. Militia/Sappers, 3. Horned ones/Spirits (Upgrade asap), 4. Footman/Rangers (Upgrade asap -> This requires a lumbermill, which you can sell after the upgrade), 5. Ministrels (after you sold the lumbermill) 6. Academia
– Queens Guards (upgraded Horned Ones) and Fist of Order (upgraded Knights) are pretty hard hitters and should be prioriticed by Cicilia.
– In General, upgrading units is a must, since they get buffed pretty hard stat-wise.For example Militia do get a well needed bonus to defence, Footman the ability to protect units, Rangers to shoot, when a unit enters their “deadly range” and Faey Spirits get even deadlier and more movement points. These 6 units are which I stacked my Cicilia with and defeated all enemy wielders. I also filled the unit-slots which where left with small stacks of Ministrels for essence and defence buffs. I didn’t bother to upgrade them and didn’t really use the Faey Nobels against the first two wielders.
– I prefer Academia over Feay Nobles, since the map gives the player so many free troops that it is hard to stack them all in one army. In the Academia you can upgrade the max. number of troops a stack can have. So instead of just 50 sappers, you can stack up to 100 after 3 upgrades (if I remember correctly). Since it is better to have 1 big army, instead of 3 small ones, the Academia-Upgrades are, in my opinion, a must have to beat the mission.

The 3 Loth-Wielders will come from the north, which is why you’ll need to defend your small settlement in the north. After you occupied it, Cicilia should return to your “base”
and stack up on the units which Gnaw collected and upgrade the Horned Ones and Militia (I had like 3 stacks of 65 Sappers, 20 Queens Guards, 20 Archers, 20 Footman, 30 Spirits and 1 Ministrel). Then you should return north asap and buy some knights (I manged to buy ~7). This should be enough to defeat the first wiedler. If possible, upgrade your knights -> Careful this costs Celestial Ore! (remember that you can buy these via market). Otherwise you could also upgrade Knights troop-size in the Academia, if you can get a stack of 13-15. It is also possible to sell your Quarry and build a rally point to get faster access to troops or a tavern to get a big stack of Ministrels aswell.
Tipps for the use of spells in combat:- General: With Cecilia I would ignore the damage-dealing spells, those are for Spell-Wielders like Giandra.
– General: Aureleon will have Order, Creation and Chaos essence.
– “Quicken” (4 Order) can be used to let a troop outspeed an enemy and strike them, before they can make their move. It also gives 1 movement point.
– “Ethereal Scales” (4 Order, 4 Creation) > “Pacify” (8 Order) > Protection (5 Order) can be used to lower the amount of damage you’d take from retaliation or an incoming attack. “Mist” (8 Creation) is also an option, althought I had almost never enough essence to cast it.
– “Clouded Vision” (3 Order, 3 Creation) should be used on big stacks of ranged units
– In some situations “Insect Swarm” (5 Creation) can save some units, since it reduces a foes initiative, possibly letting one of your troops move first (compare their initiative)
– Save your Chaos for either “Onslought” (6 Order, 6 Chaos) or “Rejuvination” (7 Creation, 7 Chaos)
– “Rally” (12 Order) should be only used, if you know, that you probably won’t need your Order for other spells.
– “Fury” should only be used as a finisher.
READ:  Songs of Conquest General Guide for Beginners

That’s all we are sharing today in Songs of Conquest Arleon Campaign Mission 4 Walktrhough, if you have anything to add, please feel free to leave a comment below, you can also read the original article here, all the credits goes to the original author Nicksnoop