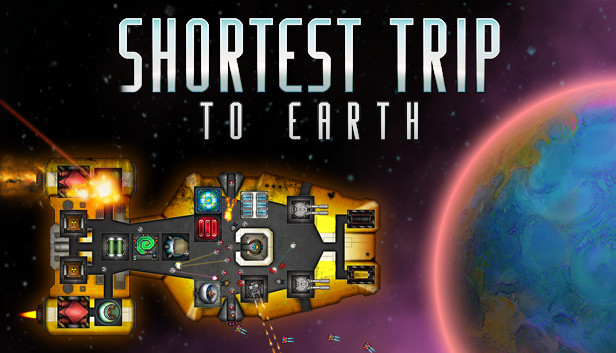 Drones are one of the best things you can have on your ship. They do not need food or any other resource, and they can fill the three labor intensive jobs: fire extinguishing, repair, and security (plus farming). If you have money to spare, you should always get as many of them as you can get.

Drones do not level up like the living crew. What you see is what you get with them

Drones are made to be dispensable. That said, a lot of them are fire resistant, making them great choice for cleaning up fuel nukes and such. Your living crew can and will take damage from fire a lot faster than drones.

You can never have too many drones.

AKA Swearing Smallbot. Nonexistent health, no skills, no offensive capability. Can run really fast. Mainly used as a fate bonus at the end of the game or point defense fodder to get your nukes through enemy defense. 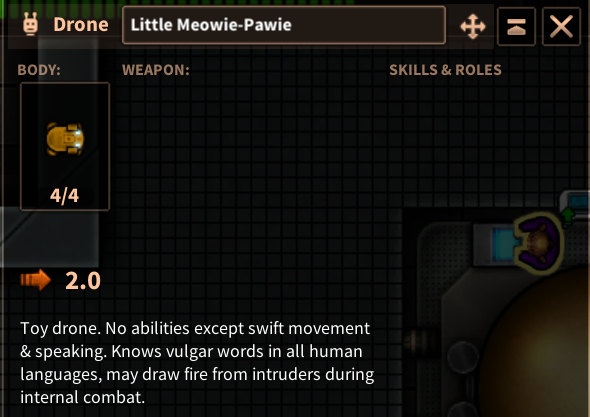 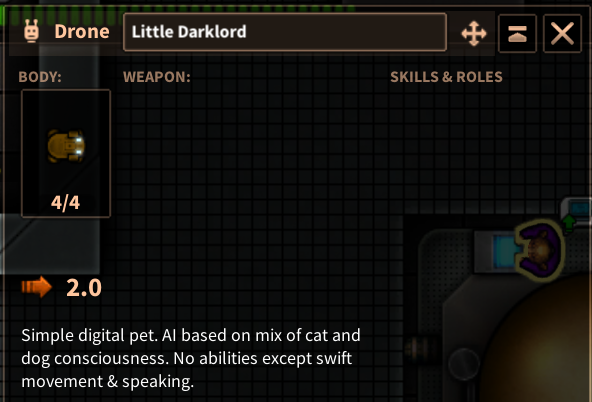 Most common drone.
All come with a Flamethrower with a short range.

Can do either Fire Suppression or Security 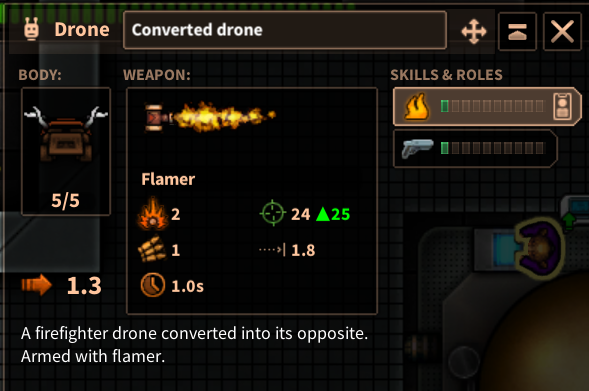 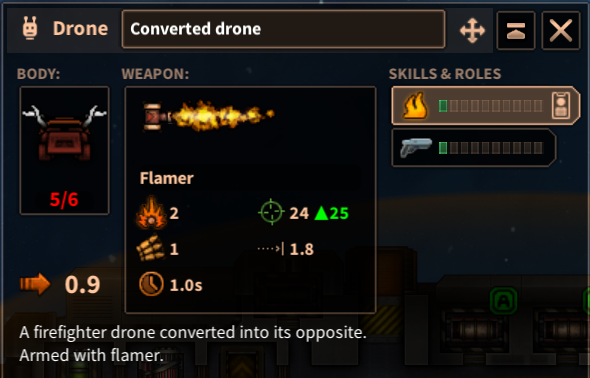 These little buggers are nice in the very beginning because they have a high farming skill right off the bat. Makes them really nice to have in Sector 8, when every resource counts. Makes an ok repair bot during battles. 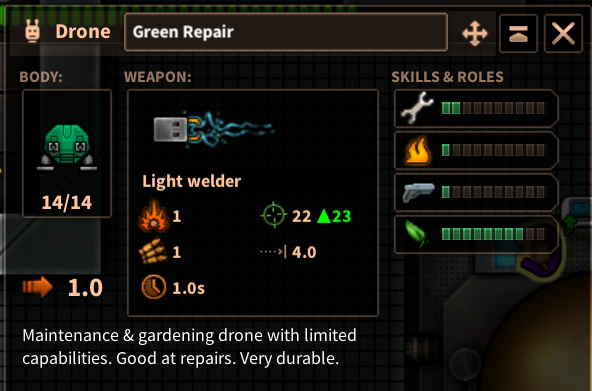 Haven’t seen them sold in stations. Can be chosen in the beginning using fate points.
Comes in two varieties: DIY and Regular. 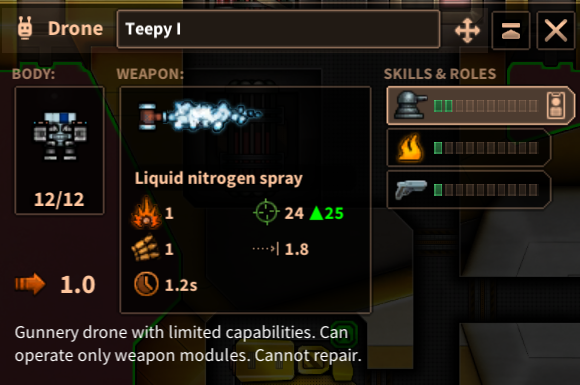 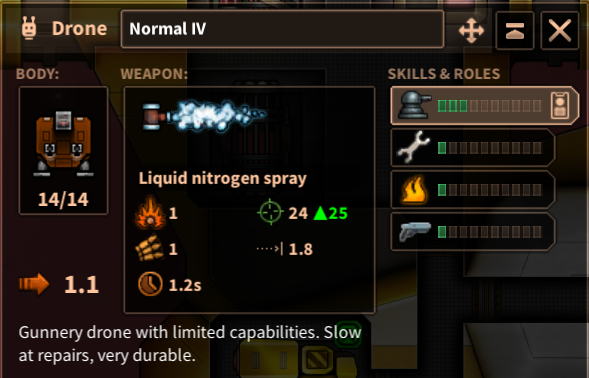 DYI has less HP, slower, and not as good at gunnery. Good to use in the beginning when you have poor skilled crew or when your good gunner dies in a battle.

Can be chosen in the beginning using fate points. Decent health but as useful as a converted drone outside of laboratory.
READ:  Shortest Trip to Earth Advance Guide (LootTable, Loadout, Shield Generators) 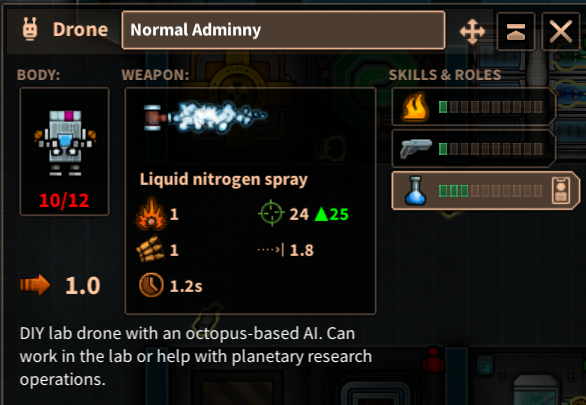 Comes standard on certain ships. Ok fire suppresion. Decent sensor skill, especially in the beginning of the game or to replace a dead crew. Has little wings and antenna on top. 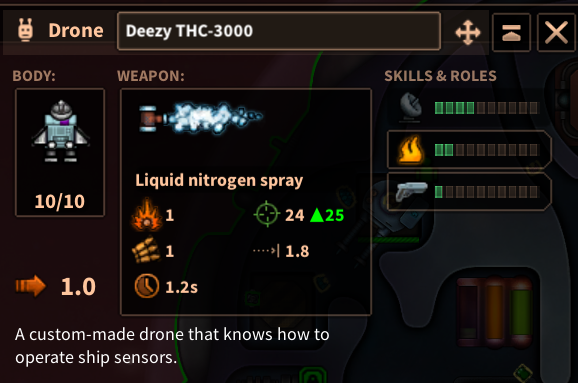 Can be chosen in the beginning using fate points. Skills compare to converted drone.

Slow and steady. Has a decent weapon and range. A lot of Health to survive most encounters. 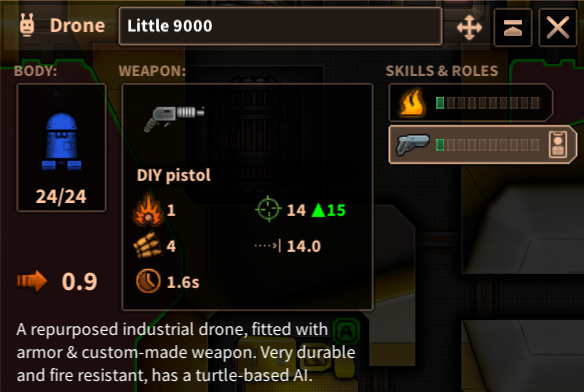 Stand apart from other drones by having an extra skill point in fire suppression. Fire resistant body means it can still get damaged if its caught in the middle of a blaze. 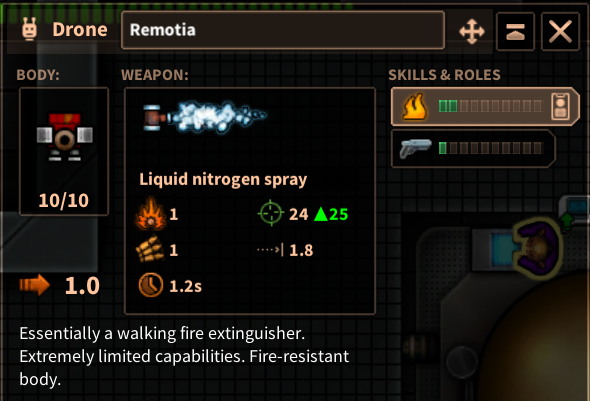 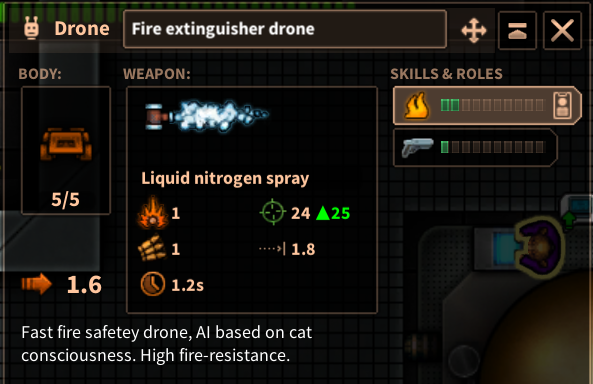 Like fire drones, an extra skill point in repair sets these apart from rest. Can never have too many of these. These come in two styles that I have seen:

DIY Repair – gets the job done. Nothing to look at 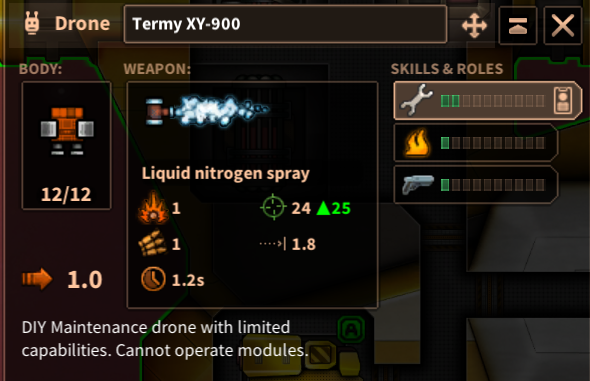 Industrial Repair Drone – Bigger, Better, Faster, Stronger. Not only does it have 3 points in repair, but also 2 points in security and with 24 points of health makes for a great defender against invaders. 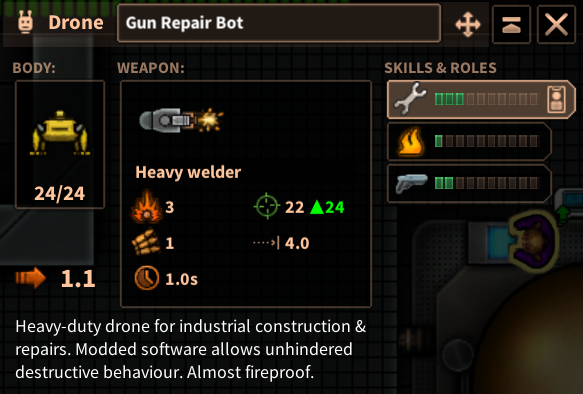 Last but not least the security drones. These guys make sure that the invaders never leave your ship once embarked.This section has the most variety out of them all. These four drones can be acquired in the beginning using fate points or bought at a drone station in campaign. 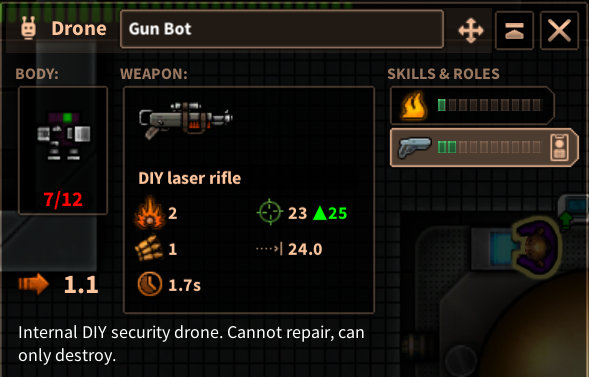 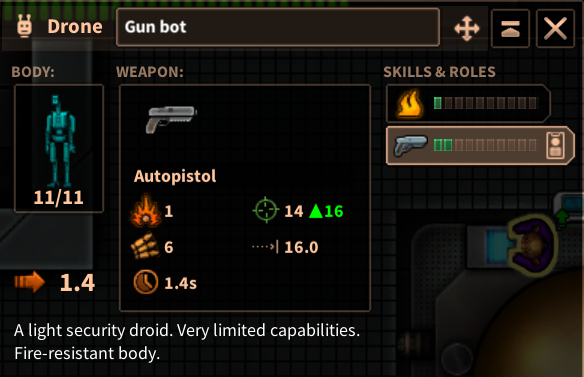 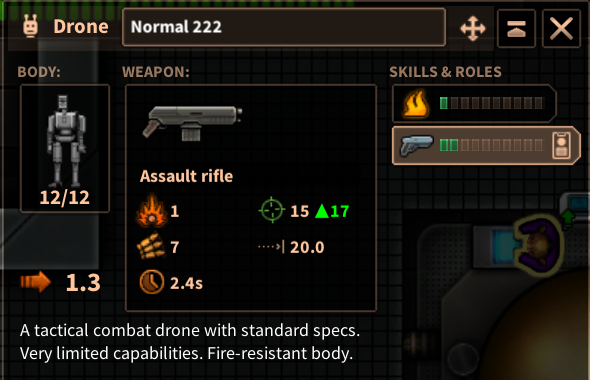 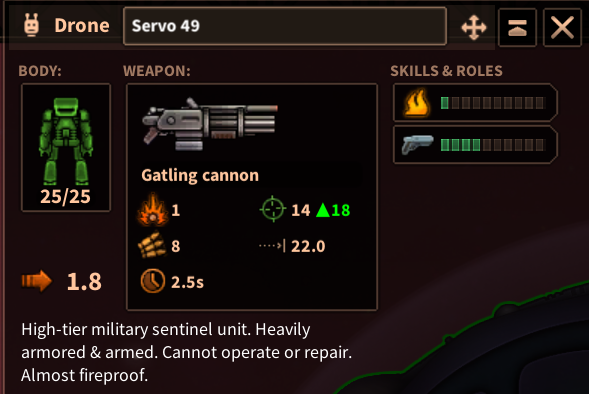 If you see a drone that has different stats or weapon or is not mentioned here, please let me know as I’m still updating this guide as I play the game.