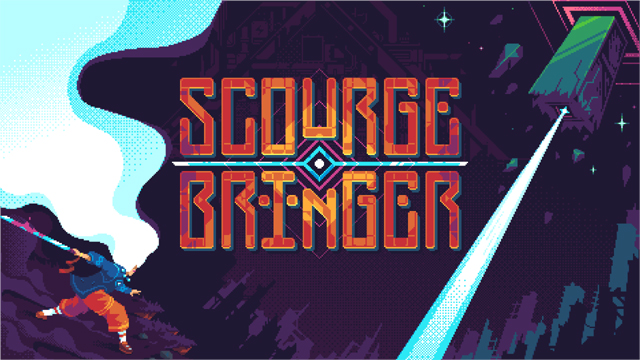 In this guide, I will be detailing how to deal large amounts of damage in the best possible way, as well as what deals damage and how to utilize it!

This is also your most basic form of damage, as well as a quick way to traverse a room quickly. At its core, it is exactly what it sounds like. You press shift (or whatever its assigned key is) and you go nyoom across the room a short distance. It has a short cool down timer of roughly half a second. Its main purpose is to not only make you go fast but also to be able to dodge thru attacks, such as bullets created by certain enemies and Judges. It is not automatically reset by touching the floor, and can recharge midair or while attacking an enemy. Its damage is less than that of the sword.

The sword attack is your most basic form of damage, and will have it from the beginning of the game. You can use it endlessly as it has no durability, ammo consumption meter, or anything else of the like. It is an up-close and personal, get in your enemies face type of weapon. It can be used to airstall indefinetly, allowing your dash ability to recharge. This tactic is invaluble in Judge Fights. It can also be swung endlessly. You have no stamina and can swing, slash, and stab till the heat death of the universe (or your computer, whichever comes first).

While attacking an enemy in mid-air, it will keep you in almost the same place (you will obviously stray from your original position, but not by too much. Physics and all that) and also airstall/ stun your enemy.

The sword can be buffed in a couple of ways by the use of Blood Altar perks and the items you pick up/buy. Bought/ dropped items will buff it by 5% (possibly more for other items) and Altar perks like Bear Spirit (5% damage increase per health lost) and Floor is Lava (Damage increases for every enemy killed without touching the floor, wallrunning does not count). If used correctly, you can become a veritable demon.

This little bugger is your own personal flying canon of complete, utter, satisfyingly powerful glock with jets on its rump. You are able to control when and where it fires. It discharges its devestating ammunition however fast you like it, and it can be quite fast, you just hafta have an itchy trigger finger to match it. It deals a decent amount of damage, a bit more than your sword. Your entire clip consists of 6 rounds, with another clip kept in reserve in the form of an energy bar which recharges as you kill enemies, rounding out to a total of 12 bullets.

Throughout the realm (or whatever it is called) you will find one blood altar, which can give you special perks, choose wisely. One shop, run by the oddball aptly named Greed, who you pay blood droplets to in order to buy items or upgrades, specifically for your Glock bot. There are a few styles of upgrades, ranging from multiple types of shotguns to a couple of different types of machine guns (Extremely damaging. Full-auto upgrades should take priority, in my opinion). Glock can be used while you are attacking, creating devistating combos which can reduce any enemy into a pile of rubble.

“May God have mercy on the souls of thine enemies.” – Me, five minuets ago
READ:  ScourgeBringer: How to Fix "Can't start game" Issues

Your Fury attack is a deadly assault that can strike up to four enemies simultaniously, dealing massive damage by itself. If you mash the left mouse button whilt in Fury, you can clear a room in no time at all. Sounds too good to be true, right? Wrong, it is awesome AND true! Though there is a slight downside. It is much like the extra clip for your Glock, on a charge meter that charges thru attacking and killing enemies. The only downside is that you can only use it at most twice per level, as it takes forever to charge, which is a good thing. An attack this powerful should be kept in reserve rather than be used on a whim. This attack is unlocked on the skill trees second level on the left side, three upgrades in.

This attack is a slow, heavy damage dealing attack that swings in a wide arc and can be combo’d into with a dash or light sword attack. With the proper upgrade, this can reflect projectiles back at an enemy, dealing large amounts of damage in their smug face. Imagine having your own bullet relected back at you like a total normie. How depressing. It has a cooldown of about 3/4ths of a second. Slow, but devestating.
By BioCyndicateofBordom