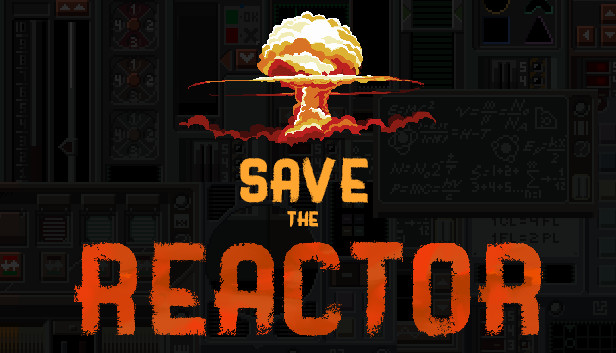 For Save the Reactor players who are collecting achievements ,this is the most detailed guide to achievements in game, let’s check it out.

Achievements from this list are completed in the main game.

Start the game, view the comic and enter your nickname. It’s easy!

Just… finish your first working day. Seriously, this shouldn’t be a problem for you.

Congrats on the promotion!

Heat up the reactor to the limit. It will explode, your working day will end earlier, you will receive an achievement.

When you receive achievements from this list, you also acquire items that give a permanent bonus to the energy received. This effect does not work in infinite mode.

Click on the red button 1000 times (it’s on the top right). The progress of clicks is saved between levels, so this task is very easy.

Four in one room

Achievement can be obtained from the third working day and later.

On this panel, place the symbols according to the picture. It will be easier if you wait until the indicator on the panel turns red.

Achievement can be obtained from the fourth working day and later.

We need a panel with a labyrinth. She is at the bottom right. Accumulate 400 energy and go to the invisible passage, according to the picture. This works with any variant of the labyrinth.

For this achievement, you will need two panels at once, which appear randomly. But on the eighth working day, you are guaranteed to start with both of them. 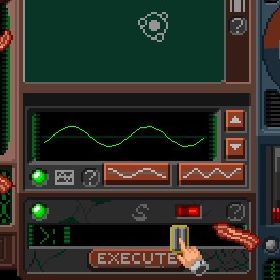 Achievement can be obtained from the fifth working day and later.

Accumulate 500 energy and enter the code on this panel. You have to go left to right, top to bottom.

Achievement can be obtained from the sixth working day and later. It is not recommended to do this on the sixth day, because there is a big risk of not making it in time due to completing the level.

It is required that the panel has those 9 symbols that are drawn on the picture. To do this, press all the buttons, except for the one with the desired symbol. Remove other symbols. Do this until you achieve the required result.

Achievement can be obtained from the ninth working day and later.

Accumulate 1200 energy and enter the code from the picture on this panel.

On this panel, light the light bulbs as shown in the picture. I advise you to set the power of the compartment to maximum and wait until the panel is filled with luminous bulbs. Then just set the desired combination.

When you receive achievements from this list, you also acquire items that give a permanent bonus to the energy received. This effect does not work in infinite mode.

These are achievements from the tenth working day. They require special actions to obtain.

Do it on the tenth working day. Heat the reactor to the limit so that it explodes. Get an achievement.

You are our battery

Help the alien destroy the reactor.

To complete this task, you need to collect 7 keys. It is not necessary to be distracted on the panels. All tools are in the cabinet on the left-bottom.

2.The key is in the thermometer. Need to heat up.

3.Put a charged rod in the alien’s hand. Charge it from the reactor.

4.Enter symbols from the wall on this panel. You need infrared light to see them.

5.Enter numbers from the wall on this panel. You need infrared light to see them.

6.Click the colored buttons on this panel. Sheet with information under the table.

7.The key is in the pipe under the table. Need a magnet.

Insert all the keys into the keyholes. Press the buttons. Complete the mission by completing a simple final mission to destroy the reactor.

Collect all keys. Insert all the keys into the keyholes. Press the buttons. Fail the final mission to destroy the reactor.

Remaining achievements not included in the previous categories.

Click on the cat in the level selection menu.

Complete the level without touching any panels (losing does not count). This can only be done on the first working day.

Collect all special items (see above for getting them).

For the benefit of civilization

Accumulate 2500 energy in endless mode. You can do this by relying only on your skill. Panels appear randomly, so here you need to make your own tactics. Good luck.

That’s all we are sharing today in Save the Reactor 100% Achievements Guide, if you have anything to add, please feel free to leave a comment below, you can also read the original article here, all the credits goes to the original author makswellfox