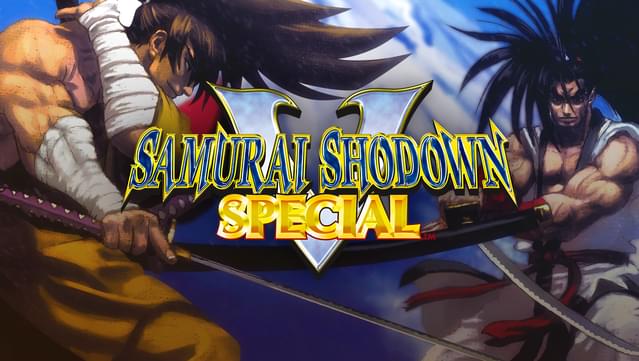 There are a few things you need to know before starting this game online
There are two known modes you can activate during a match:

RAGE EXPLOSION MODE
To go into Rage Explosion Mode, you press A+B+C and once you’re in it, all your damage increases by 80%.
This can be done at any given moment, a full Rage Bar is not required.

You’ll also be able to perform The Universal “WFT Attack” in this mode which can be executed by: 236CD
This move can be executed without being in Raging Explosion Mode, but it requires a Full Raging Bar.

You will also execute Overkills/Fatalities in this mode, the only requirement is to have your opponent’s HP below the Concentration
Gauge arrow – which is located right above the HP Bar at the end – it can be executed with: 214CD
It’s also required to be on YOUR LAST ROUND of the Match.
That means if the opponent is on his last round of the match, he can use it, but you can not.

Overkills/Fatalities also require you to be at the last round of the match.

This mode will also Freeze Time, which can be very useful if you’re losing the match and time’s running out for you.

Note.:
Going into this mode will make you lose your Raging Bar for the entire duration of the match(all rounds).

BROTIPS
Regardless of whether you’re going for an “Overkill” or a “WFT Attack”, remember that you have only 1 chance before you lose your Raging bar for the entire duration of the match in all rounds. WFT’s Attacks do not cause Insta Kill on your opponent and Overkills can only be used on the last round of the match. So, instead of just wasting your Raging bar just like that on the first round, why not waste it on the last round of the match? That way you won’t have to deal with not having a raging bar, which is really useful to keep your opponent on the defensive.

Saving the Rage Bar for last, not only forces your opponent into the defensive, the Raging Explosion Mode can also insta-eliminate the ‘Slowing Time’ effect of your opponent’s Concentration Gauge Mode, either before or after your opponent have activated it.

On the plus side of saving the raging bar, you can still use the universal WFT Attack in normal mode without losing the Raging Bar for the duration of the entire match. Pulling off a WFT Attack during a Raging Explosion Mode will disable it instantly regardless of your opponent blocking it or not. Also, Pulling the WFT Attack on normal mode will not deplete your Raging Bar in case your opponent blocks it, which allows you to pull it off as many time as you want until it succesfuly hits your opponent; once that happens, your Rage Gauge will be depleted, but you’ll still be able to fill the Rage Bar not only in current round but also in later rounds. Saving that so desirable Overkill for last.

CONCENTRATION GAUGE MODE
You can go into Concentration Gauge Mode ONLY ON LAST ROUND(Either yours or the opponent’s last round): B+C+D;
This will make your opponent move slow.

Before activating it, you can increase the Concentration Gauge mode with the D button, sacrificing the raging bar energy in turn.
Once activated, you’ll LOSE the Rage Bar for the duration of the entire match, so keep it smart.

In exchange of that, you’ll be able to pull the “Insen Attack”, which can be executed with B+C+D as well.
Issen’s damage will vary according to how much long you’ve charged/increased the Concentration Gauge Mode arrow, and it goes as follows:

Note that getting single hit in this mode will be enough to turn it off.
Duration Time of this mode is fixed and will not increase with how much you’ve charged for this mode.

Note.: I’ve seen people using this to catch their opponent off-guard by surprise, by this isn’t how it should be used;
You should instead wait for your opponent to whiff an attack, button mash, or throw a fireball. Once they do that, you can activate the Concentration Gauge mode and punish them on FRAME RECOVER, be very careful when their frames are active, because 1-hit is enough to throw you off from concentration gauge mode.

Brotip.: For example, You can punish your opponent with Concentration Gauge Mode once they have jumped in the air, then you can cautiously proceed to air punish them with some anti-air move. Either that, or if you’re having a hard-time dealing with their fireballs, you can activate this mode for Great Justice and punish them once they have a low HP Bar.

When you jump and land on the ground, there is a small frame window that allows you to cancel into special moves.
You can jump cancel from normals as well, the only requirement is that the normal must pushback either you or your opponent(on-block/on-hit).

I’m explainning most of these stuff because none of this is explained in-game, and finding out most of these things can be a pain in the butt. Everything else that hasn’t been mentioned here can be easily found in either practice mode or arcade/versus player mode.