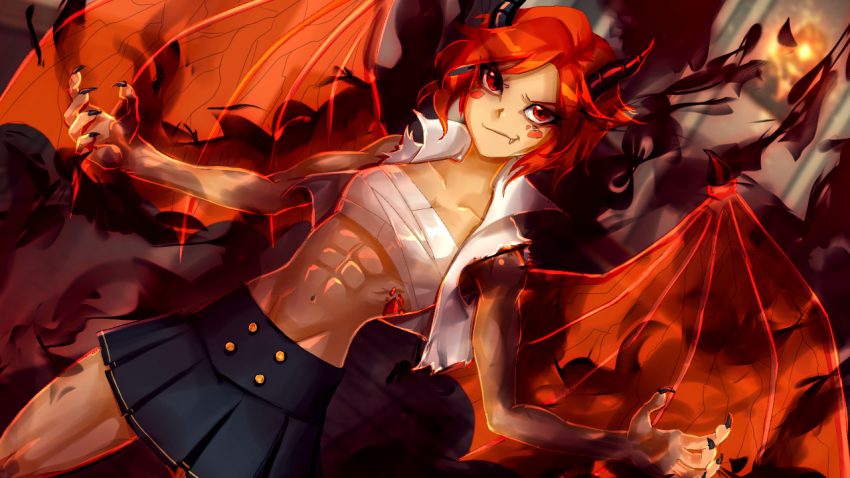 If you play Sable’s Grimoire: A Dragon’s Treasure, this is a quick guide, with spoiler tags where appropriate, on how to get each of the different endings.

Spoiler text contains more detailed instructions.
It doesn’t spoil any endings, but it does mention specific choices and events from the game.The Bad End and True End are the only endings which are likely to need guidance, but all four are included for the sake of completeness.

The easiest way to reach the bad end is to make three specific choices.

1. Early to mid game, right after Rei’s intervention, Drakan will show up and start talking excitedly about her making friends. You can either let her continue, or tell her about your own day. (ie. Nidhogg’s visit, your new auto-correct, and her calling Sable her “kin”.)
Choose to let her keep going.

2. Late game, Sable starts hypothesizing about Nidhogg using him as an experiment to see what would happen, before possibly doing the same thing to Drakan’s father.
Choose not to tell Drakan about your theory.

3. Late game, shortly after Sable finds Nidhogg’s grimoire, you get the option to tell Drakan about the pages written in Sable’s handwriting, seemingly written in blood.
Choose not to tell her.

Avoid the bad end until you reach an ultimatum about what to do with Nidhogg’s gift.
Choose the first option.

Late game, when given the option of what to do about Sable’s other half and the amulet, choose to merge with his other half.

Don’t research familiars.
The rest is the same as Neutral End, but choose the second option.

Late game, when given the option of what to do about Sable’s other half and the amulet, choose to seal his other half away.

If you choose to research familiars, you’ll hit the True End instead.
If you’ve already made that choice, you might as well keep going.
The True End is primarily an extension of the Good End. You won’t lose anything by going straight for the True End.

Same as Good End, except that you need to spend time researching familiars.

Clearing the True End will get you all of the achievements and CGs from the Good End.
It covers the Good End almost entirely, but with some additional scenes added in afterwards and in between.

That’s all we are sharing today in Monster Crown Pacts & Cash Farming Guide, if there are anything you want to add please feel free to leave a comment below and we’ll see you soon.