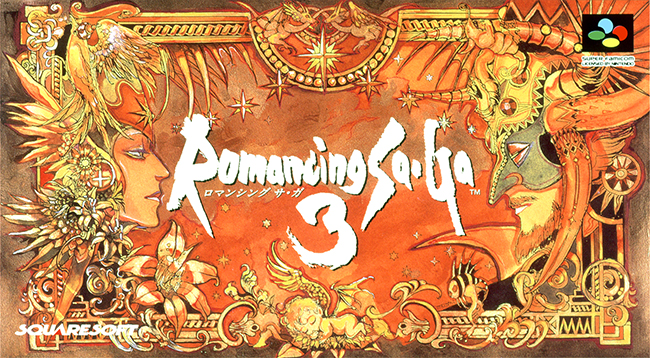 Romancing SaGa 3 is a classic, one of the best SNES era RPGs that never got an official western release until now. if you’re new to the game. here is some tips for you to start.

If it’s like in the SNES version then the quests you will be able to get will depend on the highest amount of HP amongst all your characters. This gives you some freedom and where and how to start as well as a good amount of replayability. But it’s also something to consider if you want to be super efficient. I think it’s possible to miss up on some quests if you don’t pick them up in time.

Also consider which companions you want to build up and do so in time because they can lag behind for an eternity if your other characters become too strong too quickly. Some have better stats for certain weapons and they also learn weapon techs for certain weapons better than others. The little fairy Yousei (or so) is great with bows or spears for example.

Weapon techs – once researched – can be used by any of your characters. Some techs (especially dodge abilities which are often immunities against nasty conditions) can only be learned by specifically going for them (=> let yourself get hit repeatedly with the ability, very grindy). Another example: using that one low level arrow skill (sorry can’t remember what it was like… :p) while having the blind status on your archer character.

And if you want to do magic, then do it right. Never ever use a weapon, only cast “free” spells or block if you ran out of spell points. Once you have gained enough spell points without gaining weapon tech points you will get a “magic crown” symbol for your spellcaster which reduces the cost of your spells. For some characters it is illusionary to work towards obtaining the crown. They would get it way too late to make it useful.
There are some very specific rules for obtaining it. Basically if someone has too many tech points or weapon skills (can’t fully remember) he is kind of gimped as a mage by default. And even as a crowned mage you can lose it very easily again by gaining tech points. As such only few characters (such as Muse) can be turned into a crowned mage with little effort. Sadly they all don’t have a great intelligence value… well, Undine works I guess… (best mage would be if you chose Thomas as your main character and went full int and spell crown)

High level elemental spells are only available for purchase if you performed the appropriate story quests. If you know your way around the quests you can work towards getting some spells as soon as possible from the start. But that’s nothing for the first playthrough… Just take what you can get. Melee is often better than magic anyway.

If you have a magic crown:
– the basic wind spell is great for single target damage, later aoe spells are good in terms of the damage / cost ratio too
– the basic water spell is a free heal every turn, water can also remove conditions and damage moderately as well
– earth is good damage and has a massive (and very expensive) heal
– fire is somehow more for support somehow. It has a cheap column attack among other things.
– sun can heal and damage greatly but is very expensive
– moon is very situational but has a cheap heal and a good final spell (clone your caster with 1 HP)

A character can learn either sun *or* moon magic in combination with one of the elemental magic schools. Consider something like wind (dmg) / moon (semi-cheap single target heal) for example. Many possible combinations and none is really bad.
Sun and moon are also the only magic schools from which you can learn the highest level spells without doing a specific quest. But you need to reach a far away (somewhat hidden) city to learn them. So it’s not really a beginner thing either.

You can also use elements to your advantage. Use certain fire spells to remove water effects from the battlefield that would heal your enemies. Or turn the battlefield into a field of water bubbles yourself and equip water element armour to receive free regeneration each turn. But also be very afraid of lightning attacks if you do that.

If you want to have a special playthrough, pick the greenhaired girl as your main character. She has a special commander mode. FOR REASONS.