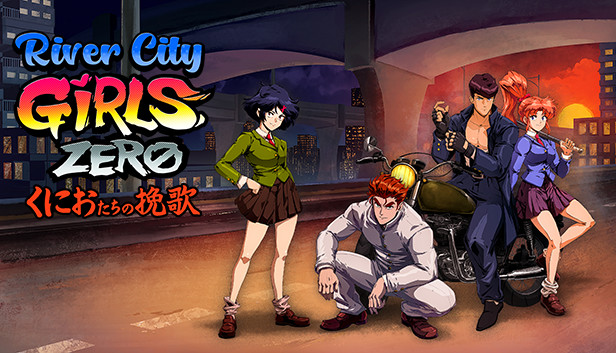 For River City Girls Zero players, this guide will explain password and skills in this game, let’s check them out now.

This game’s Japanese name is 新・熱血硬派 くにおたちの挽歌. in Wikipedia
It is an excellent two-player action game. Its designer is TECHNOS, which also made Double Dragon. However, this game is better in both playability and story. In this game, player can switch into any one of 4 characters. Everyone has his/her own feature of attack.

This game produces 1 lag every 2 frames.
Some certain scenes produce more. For example, where players in a motorbike, 2 lags every 3 frames.
The amount of enemies in each scene is settled.
Bosses have a short invincible time.

When animation is played, player can skip it by pressing A, B, X or Y.
Players will be in a certain coordinate in most of them. So after clearing a stage, adjusting players’ coordinate can speed up animation to save time.

Punch can be performed every 15 or 19(including lags, the same below) frames and deals 3 damage.
Kick, performed every 23 frames, deals 4 damage.
Normally, enemies can be beat down in combination of 3 punches and 1 heavy punch or 2 kicks and 1 heavy kick.
Enemies taking punch fall down slower but closer, taking kick fall down faster but farther.
So, using punch or kick depends on enemies’ location and amount.

Tread deals 3 damage. kneeing deals 8 damage.
Time spent on 3 treads or 1 kneeing is close.
The direction of kneeing can be controlled.
Pressing down can deals damage in advance while jumping by kneeing.
So, use kneeing to leave enemies when they are about to stand up.

Kunio’s L/R+A has the most powerful strength dealing 25 damage.
Riki’s and Kyouko’s deal 9 damage in a period of time instead of instantly.
Kunio’s and Misako’s can make enemies fall to any distance you want.
So, had better not beat down enemies.
When they are about to be beat down, use Riki’s, Kyouko’s or Kunio’s skills, and then perform tread and kneeing.

Drive motorbike at the maximum speed as long as it won’t bump into walls.

In scenes with hooks, characters can deal more damage for unknown reason.

Pressing A at the first frame to catch hooks will lead to a dislocation.

This is a TAS film I made myself, if you encounter difficulties can refer to.

That’s all we are sharing today in River City Girls Zero Password and Skills, if you have anything to add, please feel free to leave a comment below, you can also read the original article here, all the credits goes to the original author a-rin