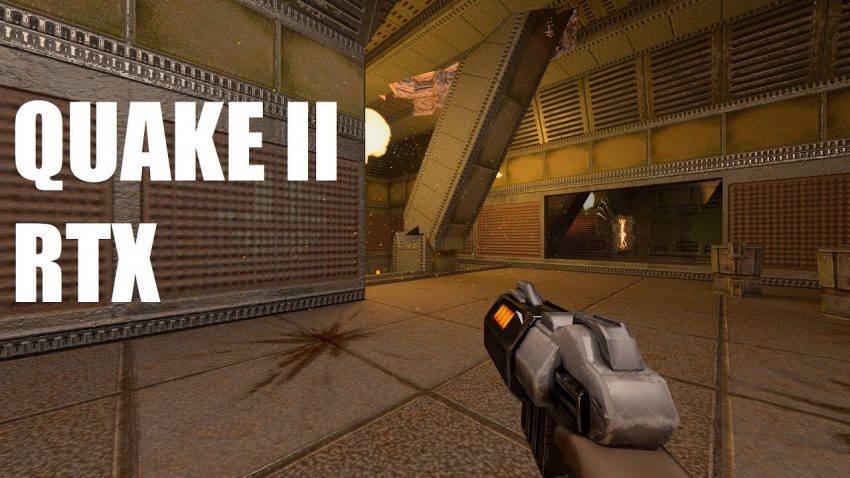 This is the NVIDIA Quake II RTX getting started guide which includes system specs, and multiplayer support server configuration.

This guide provides further information about the real-time ray tracing enhancements, and other advanced features, that NVIDIA has implemented to create Quake II RTX. Most noticeably, we have introduced high-fidelity, real-time path-traced reflections, ambient occlusion, lighting, and shadows, which is a world’s first for any game.

Quake II RTX includes the first 3 levels of the game with our full suite of enhancements. Purchase the full game to get access to all the levels, as well as multiplayer with path-tracing.

The following system configuration, or better, is recommended:

Quake II RTX comes with multiplayer support. There are multiple options to play this game in multiplayer mode:
Joining a server

There are two ways to join an existing server: through the server catalog on q2servers.com, and manually. The catalog is available through the Multiplayer menu: 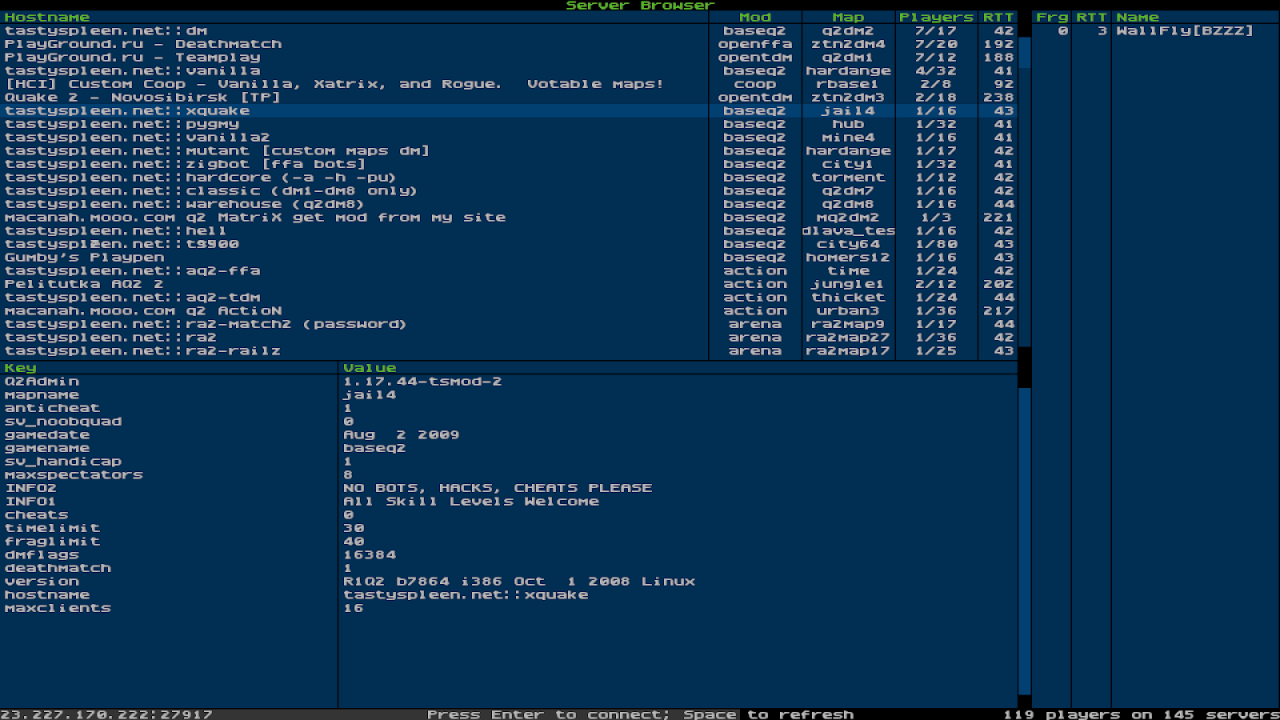 To join an unlisted server, open the console and type “connect <address>”.

Note that when playing on non-Q2RTX servers, you may observe some compatibility issues:

Starting a server from the game

In the multiplayer menu, select “start server”. The following dialog will appear:

Quake II RTX ships with a separate dedicated server executable, “q2rtxded.exe” (on Windows). This is a lightweight version of the game that can only act as a server, but doesn’t allow you to play it directly and doesn’t have any graphics.

Simply launching the dedicated server will make it start a deathmatch session on the first available map, which is “base1”. You can change the map and other game settings using the server console, or you can put those commands into a config file and execute that file on server startup using the command line. For example, you can put something like this in a file called “server.cfg” in the baseq2 directory:

Many of the console variables useful for dedicated server administration are documented in the Q2PRO server manual[skuller.net] – since Quake II RTX is derived from Q2PRO, these variables still apply. We have added some more variables to control RTX specific features:

sv_restrict_rtx: if set to 1, makes the server available only to clients playing Quake II RTX; other clients like the regular Quake II or Q2PRO will be rejected.

sv_savedir: path to the directory within baseq2 where the server will save game state in cooperative play mode. If multiple dedicated cooperative servers are started from the same installation directory, they should use different directories to save game state.

The sv_flaregun and sv_restrict_rtx settings have been added mostly for compatibility reasons. Quake II RTX uses the regular Quake II network protocol (version 36 from Q2PRO), but the flare gun is an extension to the protocol. If both Q2RTX and other clients participate in a multiplayer game, and the Q2RTX user fires a flare gun, other clients that see the flare will disconnect because they do not understand what that means. So it is advised to either disable the flare gun on MP servers, or to make the servers only available to Q2RTX players.