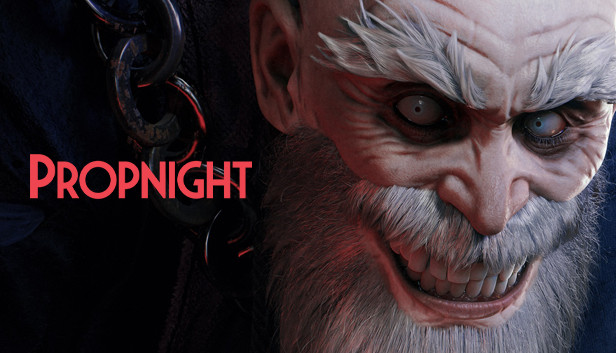 If you are new player of Propnight, this guide provides tips and tricks for both killer, survivor and some counterplays are explained as well. Let’s check them out. займы первые без процентов

One person needs to stay on generator, ALWAYS. So try to communicate who will go for saves. (Essential rule for efficiency)

If a killer is camping you have 2 choices

1- Stun the killer, save the person then run with them, preferably tanking a hit after 5 s, and stunning the killer again (At max 3 people should be doing this while one is doing gens)

2- You may just rush the gens, but this is not the best way as one person stays on chair for 120 seconds, even if 3 people do gens non stop, each person can proceed about 150 seconds (skillchecks bonus), each gen requires 180 seconds to complete, you can complete around 2,5 gens like this, which is not worth the sacrifice often. (If the chase lasted long for the first down, like more than 60 seconds, you can go for this strategy and probably win)

For looping the killer, you should run as human form as you will outrun every killer without bloodlust, spend 70% of your stamina, turn into a prop and try to keep distance, as you are regenning stamina you should revert back to human form and keep running, if killer stacks bloodlust slow (I would advise to use doors ONLY for stun, then get out of sight wasting his precious 30 seconds of chase by just gaining that distance in 5 seconds), and then repeating it, try to have a looping path around doors, or windows by turning into small objects and going through them.
GAME IS SURVIVOR SIDED IF ALL OF THE PLAYERS PLAY WELL! TRY TO MAKE USE OF THIS

For the love of god, don’t 3 gen yourself

Always communicate if a player is really that player, same for appraoching props.
or just assume anyone is hostile and play the game soloish, but he has immense speed

Jokes aside, her daggers do 10 dmg so try to avoid them as small props, they are currently theoritically un-dodgeable, you can turn into big props to mitigate some damage, or revert back to human form to take less % health damage.

He can’t jump during his chainsaw attack, so try to jump over obstacles so he will lose distance eventually.

Akasha (Vampire)
Uhh.. Just, play I guess she is so simple, but you can stun her during her phasing, which will waste that ability.

Try to put map pressure as much as you can, running/hooked/slugged survivors cannot contribute to gens, and think of efficiency. Instead of focusing on one person try to go for others if they are looping you well, try to get rid of doors by baiting them, sidestep the stuns (props jumping at you), and strike them.

READ:  Propnight How to Uncap Your FPS

This means try to push survivors away from the closest 3 gens (even starting from early game, might require you to sacrifice furthest gens even early on, don’t worry though), even if you get 1 kill or even 0 kills, if last 3 generators are so close to each other, and you are actively monitoring them by pushing survivors away, and NOT CONSTANTLY CHASING you will probably win the game.

Most aoe abilities like banshee’s scream, bunny’s granade, Akasha’s spin have relatively low cooldown, that you can throw into a place to see if anyone is hiding

If you hit while they are just going invisible, you can easily track them from the life bar above them, they do not go fully invisible anyway, you can see some blur and listen to the footsteps.

That’s all we are sharing today in Propnight Tips & Tricks for Killer & Survivor, if you have anything to add, please feel free to leave a comment below, you can also read the original article here, all the credits goes to the original author Akasha