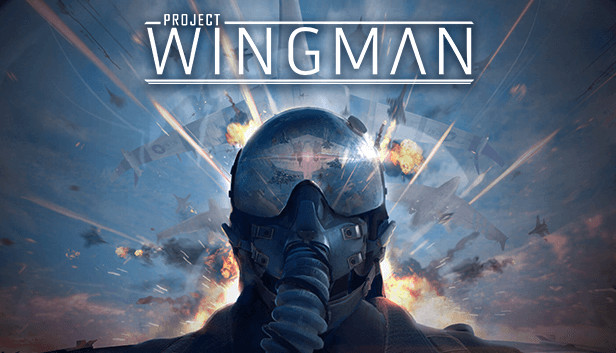 For Project Wingman players, this is a guide to a certain Mission called “Kings”, which is a quite difficult fight, let’s check it out.

First off: Flares or AoA?

You decide.
From the get go a Plane that has the AoA Limiter option will allow you to essentialy do the Same High-G Maneuvers as the AI.

And since the Missiles he uses dont do that much DMG, going with AoA will just make your life easier.

What you essentialy want to do is Stay on his 6. Then when he High-Gs into a certain direction, you just follow him. That way the moment you come out of your own Turn, you can just start blasting.

Also, You can go to the Hangar and change Loadouts which will restart you, but just so you know.

Flares are still viable but a bit of a Pain. No Air to Ground Missile needed. SMAA at your own discresion.

The First Two phases shouldn’t “Phase” you, Get it? But bad Jokes Aside its the Usual High-G Ace AI that you will be fighting.

Make sure you Avoid the Lasers and the Ground. The only reason I died twice is due to Mother Earth.

The Third Phase and the Hidden Phase however:

Watch out because staying to close on him might get you trapped in one of his “Hemroids”. The Red Bubbles that will slow you down and Damage your Aircraft.

“At the Bubble Phases, just start taking into the Air and get some good room above the cloud Layer. That way you have plenty of Room and incase you end ub in one of his hemroids you can just pick one of four directions to go without having to check for obstacles. And even if you lose yourself in the Clouds, Throttle up and hold a certain Pitch till you come out above or below. Since there is plenty of space between Ground and the Clouds, you should be fine with maneuvering.” -Dude, A discussion about the End Boss Fight

The Secret Phase has about the same HP as the other indevidual ones.

Over all once you got him ded. It all feels kind of disapointing, atleast for me.

Honestly I just pretend that the Fight ended with the Cease-Fire and the rest never happend, because even though the Story of the Game isn’t Great, Forcing an Ace7 fight In at the end with a Deus Ex Machina is just pure BS.

Plus if you ever played Ace7, You may have noticed that the End fight of Wingman is essentialy the Lighthouse Fight and the Shelage Castle Fight smashed together, with the Previous Mission being the Capital fight (kind of, IMO).

Parallels are definetly there and most of the time it really just Feels like Budget Ace, or worse, in this case.

That’s all we are sharing today in Project Wingman Endgame Fight Guide (Mission “Kings”), if there are anything you want to add please feel free to leave a comment below and we’ll see you soon.
Credit to Dude