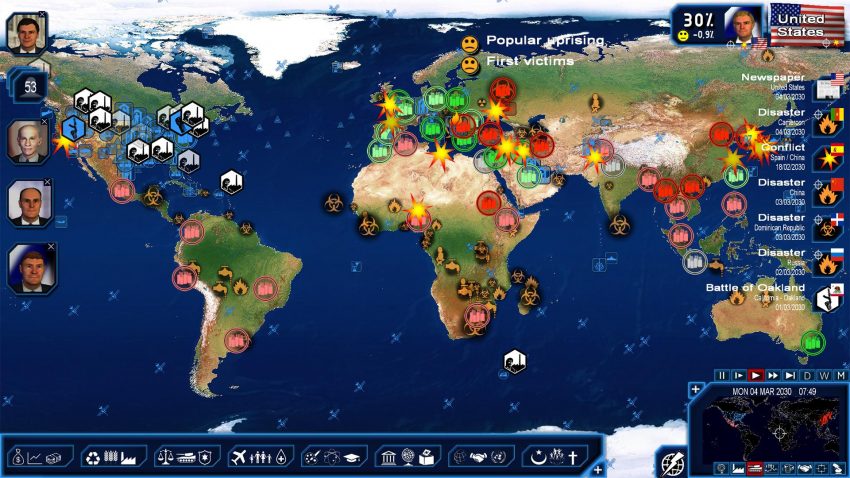 Here is the tips for how to manage a revolutionary grop.

Get in cities as fast as possible at the beginning to avoid getting camps destroyed. Try to take a state/territory so that you can then build hidden camps. Build many camps to get free soldiers. Rob the banks and museums to get cash.

Sent out single 1 person troops to take infrastructure. Don’t risk units getting wiped out being out in the open. Be especially careful near enemy military bases.

Have meetings to get funding, mercenaries and weapons.

Next start buying tanks which you can then use to drop artillery on vehicles that come near the cities. Keep them in the cities to avoid missile strikes.
Use the advanced controls(click the – next to the minimap to open) to have groups of men fire rockets simultaneously, which can be devastating and out-range the grenades.

When troops you order arrive on the map, be sure to manage their route to keep it away from enemy forces so they don’t get wiped out on their way.

Tanks can be used to bombard enemy bases from a distance. Do a continuous bombardment until then are destroyed.

It seems that when building camps, the number of extremists double after an amount of time. Keep moving them when discovered to keep them from getting bombed and then when they reach a large size say over 50, send them to a city to build up enough soldiers to take another city. Don’t leave units out in open sitting, especially when not in a territory you control as they will get taken out by missiles or artillery.