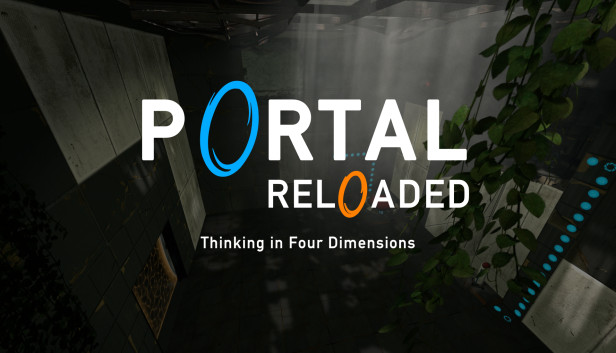 For Portal Reloaded players. I’ve played this on Linux and have gone through the first few test chambers and everything seems fine, but keep in mind this is not officially supported and may not work perfectly.

1. Install both Portal Reloaded and Portal 2
2. Locate the game data folders for both – by default they should be in ~/.local/share/Steam/steamapps/common
3. Copy portal2.sh, portal2_linux, and the entire “bin” folder from the Portal 2 folder to the Portal Reloaded folder
(not everything from bin/ is needed, but it’s a lot easier just to take the whole folder)
4. Run Portal Reloaded using:
./portal2.sh -game portal2

Note: setting launch options to run this instead doesn’t seem to work, due to Steam automatically using Proton to run it. Running it from a terminal/.desktop/whatever does work, and Steam will notice that you are playing it despite not running it through Steam.

This should work on Mac as well, just copy portal2_osx instead of portal2_linux. I don’t have any Mac devices, so I can’t test this out. (I’m not sure where the game data folders are located, you’ll have to figure this out yourself)

I have a 2 monitor setup and it seems to be getting very confused as to what do do with my mouse. The window seems to always start on the left monitor, and maps the entire area of both screens to the window, causing the mouse to need to be placed further to the right than normal to click on buttons. Moving the camera in-game works as expected, the problem does not carry over to there.
That’s all we are sharing today in Portal Reloaded How to Play on Linux (and Presumably Mac), if you have anything to add, please feel free to leave a comment below, and we’ll see you soon.
Credit to TheLastKumquat