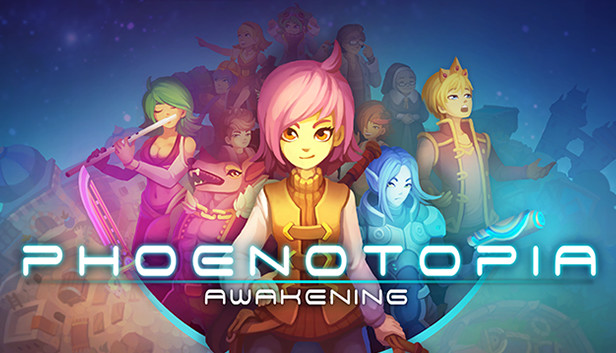 For Phoenotopia Awakening players, this is a complete guide on all secrects and titbit that you might have missed even after completing the game!

This page aims to put together all the many obscure secrets players have found throughout the game, from things you may have missed even after obtaining all the badges, to hidden things that only a handful of people are aware of!

Throughout your journey, you may encounter lonely Perro sitting atop a tree or a cliff. If you reach them without scaring them away, you can give them a new home back in Panselo Village!

Did you know that the notice board outside the barn also changes depending on how many Perro you have found? Some of the dialogues are pretty cute!

The 4th Type of RIN

There are 3 types of RIN commonly used as currencies in Phoenotopia – Bronze, Silver, and Gold. But did you know, there also exists a 4th type of RIN that is blue in color? Try recycling some Crispy Golden Egg!

At the bottom-right entrance of Ouroboros Hideout, a guy named Snake would let you pass through the shortcut, either for a fee or for a fight. However, if you return after capturing Birdy without first opening the shortcut, you actually have to fight even if you are willing to pay up.

If you open up the Franway to Cosette before the story requires you to, you may return to the West side of Cosette Road from there. Normally, the guard would have stopped citizens from entering Cosette, but since you are exiting Cosette instead, he would assume that you are living there and allow you to pass through Cosette Road freely even without the Royal Hymn.

Bart and His Helpful Tips

Did you know that you can talk to Bart whenever you want in the right Inventory Screen? Very often, he would be providing tips on where you are currently at, including your next destination and tips on the boss you are facing now!

Almost all of the 20+ fishing spots in this game are shallow ponds or beaches, but what if you cast your Fishing Rod so far in the Ocean Cliffs (north to SPHERE), that the lure sinks off-screen? You might get lucky and encounter a beautiful Mermaid!

After trading away the Quest Item, you can return and talk to its previous owner. A few of them have extra dialogues after knowing what you do with said item! 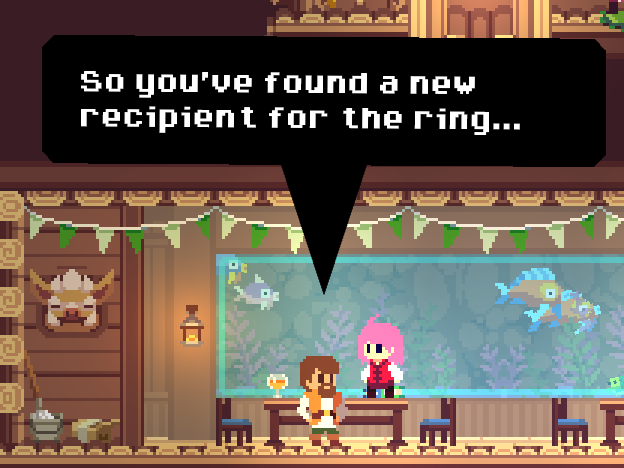 If you defeat critters, birds, or Knife Krill with fire attacks (lamp, bomb, spear bomb, boots), you would receive the cooked meat instantly, saving you the time to cook!

Hurting Pooki without Hurting Them

When you roll into a crate or a wall, you will feel a small bonk and screenshake. Do it enough times right next to a Pooki, and it will get mad at you as if you have hurt it!

Did you know that Blastiad has an unlimited amount of health so long as you keep bashing it?

Normally, players will be going through a brief cutscene before entering the Mother Computer’s fights. But if you attack or ignore her before the cutscene trigger… 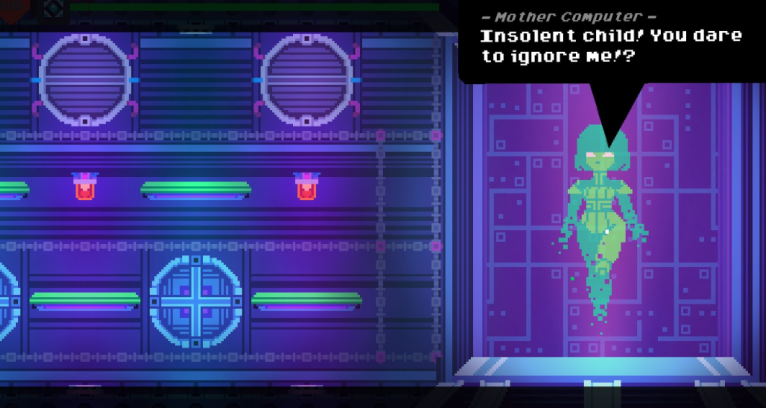 Many of the people you have helped throughout your journey would show up in the ending scenes during Bart’s Log! If you have already gone through the scenes before helping everyone before, make sure to view them again after your 100% completion as well!

In addition, the credit art “Warm Nights” would also show more people based on your completion percentage, from Gail standing alone to setting up a camp with all the Panselo Villagers!

Depending on your completion percentage, the text that displays it at the end-credits might have its color changed!

Obtaining all Heart Rubies, Energy Gems, Moonstones, and defeating Phalanx puts you at 100% with GREEN text, but doing none of that would put you at 00% with BLUE text, just like Zero’s hair color, neat! 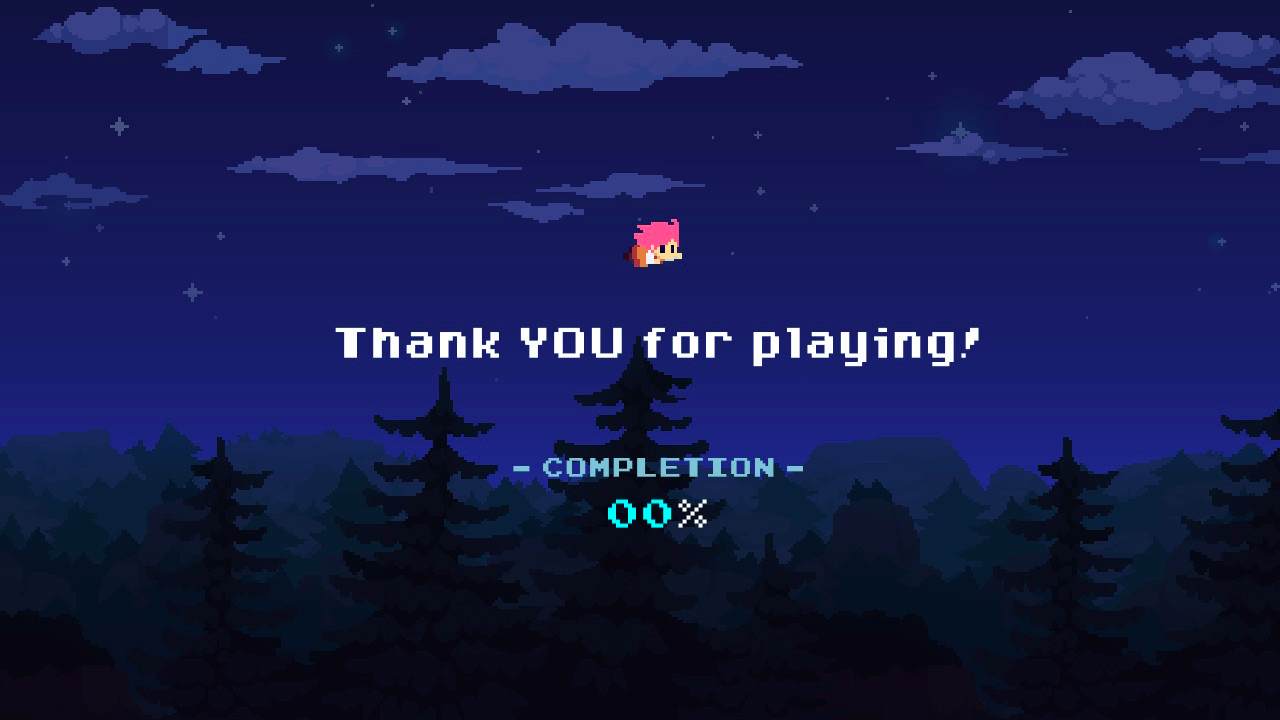 Callback to the Original Game

While Awakening does come with many brand new soundtracks, quite a few of them are taken from the original game. While tracks like “Panselo” are extended and “Dungeon Breaker” are rearranged with a different instrutment, some are also reused in less-obvious locations:

While Mul Caves have undergone a complete overhaul from the original game, the secret area underneath the atrium greatly resemble the original atmosphere with all the glowing vines and bright blue color! 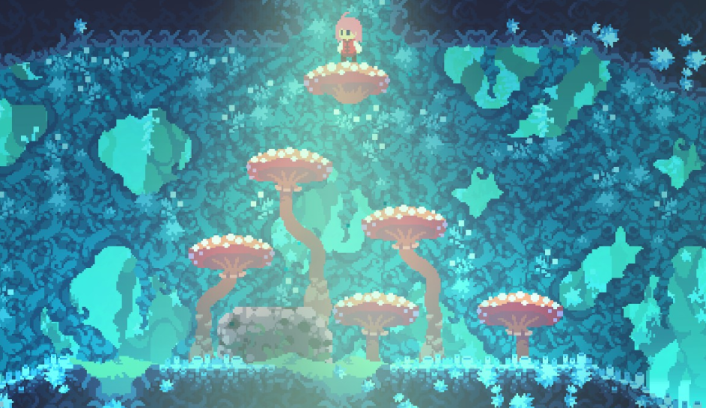 At the end of the Ancient Vault behind Adar’s House, the 3rd page of the log “TOO EARLY” includes mention of a “misty gorge”, which is the location name of of the Flash equivalent of Moonlight Ravine that connects the Atai and Daea regions.

This blue-haired lad was the son of Grasso who teaches in the Hidden Village in the original game. In the remake, Erik is still called Erik and his hair is still blue, but he is a simple Cosette Villager who encounters Aella when he was attacked by a wild boar instead.

In Daea, listen to the old lady, that gives you a moonstone. Some of dates cover up with real life dates and event, like famine, that in 1920s was haunting east Europe/ west Asia. Interestingly, Great Famine in the Soviet Ukraine in the 1930s was caused by soviet government, while there are rumors about rulers of Castella being responsible for famine in 192. 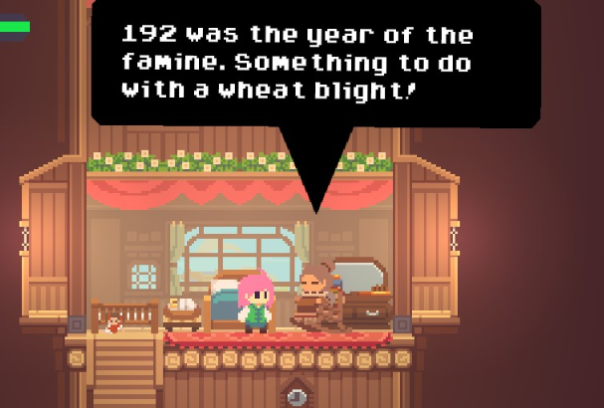 That’s all we are sharing today in Phoenotopia Awakening Complete Secrets Guide, if you have anything to add, please feel free to leave a comment below, and we’ll see you soon.
Credit to RhoOnTheRoof and Pimez