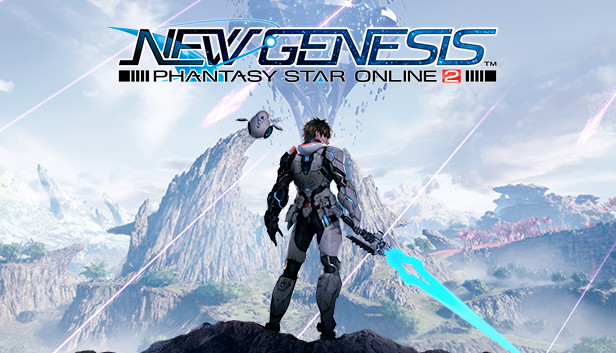 For Phantasy Star Online 2 New Genesis players, this is a guide on why those BP Gates even exist and why the game isn’t nearly as complicated as the forum would have you believe.

This game is actually much less grindy and much more straightforward than the base pso2, and the BP gates are actually a very clever tutorial that is a bit too well disguised. I’ll break it down for you though. The important thing is the mindset the game wants you to have.

Fell free to comment, and I will add to it if necessary. I think this is a comprehensive first draft, and can go into more detail if necessary.

So, what is BP anyways?

BP is a way for SEGA to comprehensively determine how far along in the game you are as well as your level of gear and augments at one point in time. All without forcing you into a path or leaving you unprepared for upcoming content.

It can tell what quests you have done, what you have achieved, what gear you have on, and if they are upgraded enough or not. Just doing content will raise it, so a person with worse gear but who has done content may have a higher bp than someone who has better gear but has not completed certain content!

PSO2 NGS is one of those games that teaches you how to play without telling you how to play. While this is celebrated among many amateur youtube philosophers about video games, it is rarely appreciated in practice.

Before you get to the 950 BP gate, you should take note of the main quests, as they are not a tutorial but an introduction to the game’s systems. The BP gate IS the tutorial, not what comes before it. In this game you learn by doing, even if they don’t explicitly tell you that.

So what do you learn before the dreaded 950 gate comes up?

If you do all of that, you will get 950 BP without any trouble. All this “gate” is checking is that you have units on, have stumbled upon daily quests, and have at least a +10 weapon and maybe 5 skill points.

But this time you should have hit something of a wall in your progression. 950 comes easy but anything past that and you might as well just grind for 10 hours, right? No.

Again take note of the quests you have gotten since the last gate:

There are three towers and 8 cocoons in the map, and all of them are available to you at this point. If you get all 20 skill points, you can pass the 1100 BP gate without even worrying about the rest.

Can’t really do those without being carried though, eh? Luckily you were already taught how to grind then, right? Farm PSE Bursts in the mountain (where it taught you to do so) and then kill the bosses at the climax (hey, this climax boss is often the EXACT one I had to fight in the story!). Upgrade and limit break your weapons and upgrade your units.

“But Magician,” you sneer, “it’s so hard to upgrade two weapons at once! So costly!” Luckily you already have a guaranteed +11, limit broken weapon! Hope you kept it!

“But I don’t like that weapon! I want to use the other one!” Luckily the game already taught you how to make multi-weapons then!

Go get those skill points and no more gates! At least for now.

PSO2 was a VERY inaccessible game. Ignoring all the hardware and software issues, the grind was steep and putting wrong skill points down meant you had to spend $5-10 for a new tree.

This game’s greatest weakness is grandfathering in PSO2 mechanics but not the difficulty. Therefore you get people sleepwalking into traps and spending near a week yelling on the forums about stuff in NGS that was even in base PSO2 pre bonus keys.

Basically – skill trees were either filled expertly or you would be out of real life money. You got to learning how to read the tooltips real carefully.

So let’s take the Gunner skill at the very top of the tree for example. the one next to chain trigger that you can put up to 10 points in. You might think, wow, how will I be able to fill that up and the rest of the tree? You can’t. If you played base PSO2 (or are a proud owner of the ability to read and common sense) you would have known that already.

So, without pressing to apply your points, let’s put 1 point in that skill.

For main class it gives you a 10% boost to pp gained per every normal attack.

For main class it gives you a 20% boost to pp gained per every normal attack.

So, for 1 point you get a 10% boost to pp gained; GREAT! For 9 more points you only get a 10% boost on top of that; oh. That clearly isn’t worth it. Just one point into each of these passive buffs are fine, and you can get the rest of the whole tree for less than 20 skill points!

Let’s do the same for Force now.

When you consider how small the Force tree is, that another talent lets you gain pp even while casting, and that talis is useless on anything not named “Techer”… you actually have enough points to max this out AND get all your important skills too.

In other words, there are no traps if you use common sense and actually read the tooltips!

That’s all we are sharing today in Phantasy Star Online 2 New Genesis BP Gates Guide (Voiding Skill Tree Traps), if you have anything to add, please feel free to leave a comment below, and we’ll see you soon.
Credit to Mister Magician