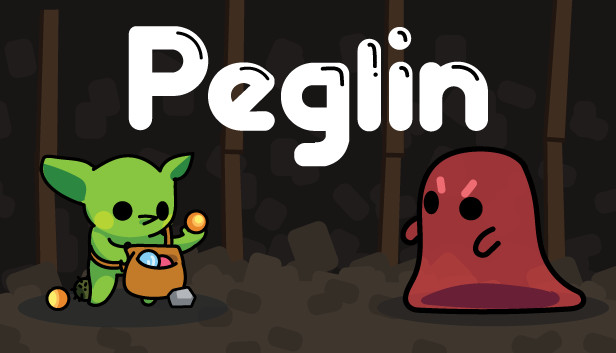 For Peglin players, this guide will explain how to get all the achievements in the game and will provide different strategies that could help you with the more trickier ones

I’ve separated the achievements in this game into three categories:

Hopefully these categories will make it easier to find the specific achievement you’re looking for.

These achievements are simply related to defeating a specific boss in the game. There are two possible bosses for the first act, two for the second act, and then the final boss which is always the same.

End Of The Slime

These achievements are related to many different scenarios in the game. Most are pretty easy to get, and shouldn’t take more than a few tries to get.

Math is My Passion

It Was Not Your Time

Leave an enemy with just one health point

While both of these achievements are easier to get on the first act, I honestly wouldn’t play the game specifically trying to get them. Odds are you already have both of these, and if not they should just happen randomly as you play runs.

I Said Punny, Not Puny

Very easy to do on the first fight with the Daggorb, just open a path on the board where you can hit a single peg and then straight into a hole.

Defeat any boss on the first turn

There are many ways to achieve this: Bomb builds, Refresh-heavy Matryorbshka builds, even just getting a very good shot with a lvl. 3 Daggorb against the Slime Boss can net you this achievement.

This achievement is reffering to the big tree on the Mole Boss fight. Just kill it before the mole. It’s important to get some high damage shots on the first two turns, as afterwards whenever the mole goes back to behind the tree it spawns a peashooter plant that can block shots directed at the tree. This also goes without saying, but try to hit the mole with soft balls whenever it’s in front of you. 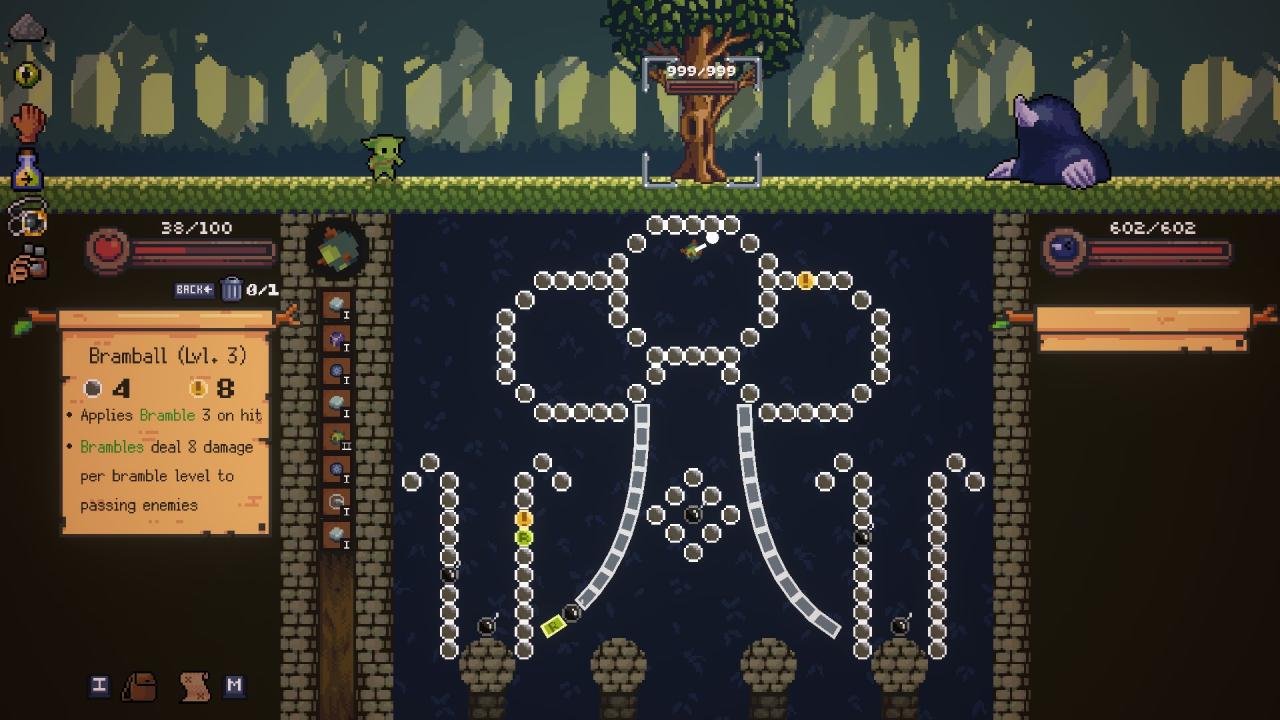 Don’t Make Us Say It

Sounds like it’s difficult, but can be very easily achieved with a few things. The easiest method to achieve this is have a lvl. 3 Matryorbshka and the Weighted Chip relic. You can get this relic by passing the coin flip event. With both of those things, just get a shot with the Matryorbshka where no orbs go down the x0.5 or x0 holes and you should get way more than 9K damage. 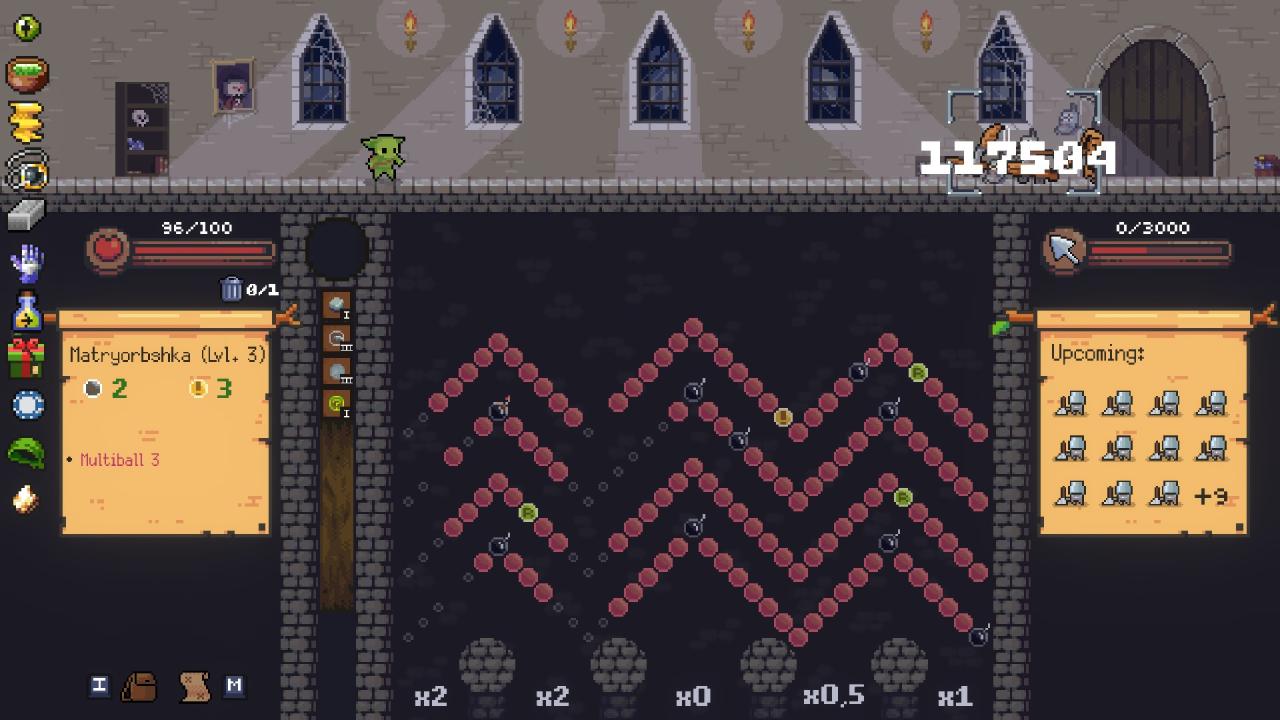 These achievements will require a lot more planning and caution to achieve. I am a taking a calculated risk in mentioning this on this guide, but the game basically has built-in save scumming given how the runs are saved midway through, so if you did not get any required or essential relic/orb, just reset until you do.
Hopefully this doesn’t get patched, and if it does, I am sorry!

Die during an event scenario

In theory this is a simple achievement, but can be quite tricky to pull off. Thankfully the setup is not that hard: win the first fight, and then repeatedly throw your orb at the fire until you have less than 10 HP (5 to be extra sure). After that, follow a path going to as many question marks as possible, hoping to get an event that can damage and kill you.

This is the tricky part of the achievement, as doing this is highly dangerous. Running into a fight with spiders or peashooter plants can end any run that attempts to get this achievement. It’s at the same time simple and very complicated to get, but if you specifically go for it shouldn’t take more than a few tries.

READ:  Peglin: All Orbs Guide (Tier List & How to Choose)

Firstly, you don’t have to clear a thousand pegs, just hit them. this means that not only can you use something like Gift That Keeps On Giving for durable pegs, you can also use Refreshing Punch/Gunpowder to hit tons of pegs at the same time.

Anyways, the consistent way to get this achievement involves a build that looks like this:

With those relics and the Matryorbshka, all you need is a map with tons of pegs in it (ideally where some of them move up, but not necessarily) and a good enough shot. Gift That Keeps On Giving is essential here since it not only makes each peg potentially give 3 hits before clearing, it also helps the orbs reach other pegs.

The Electropegnet helps you initially seek the refresh pegs, which will be especially good if you have Refreshing Punch. Having as many refresh pegs as you can is essential to accomplish this. Gunpowder can make the bombs extra useful. If you don’t have any relics that change base values (or add extra unnecessary damage), you’ll know you got enough pegs if the Matryorbshka reaches 1000 damage (or 2000 on a crit). The Matryoshka Shell can be a bit overkill, plus you can’t see the damage numbers to know if you hit enough pegs or not before you launch the attack.

This can be done with a Refreshorb on a map that constantly moves (like the Hand Wall map), but that sounds less consistent than the Matryorbshka.

I got this achievement on the Purple Mirror event in act 3, but this can also easily be done on this invisible event: 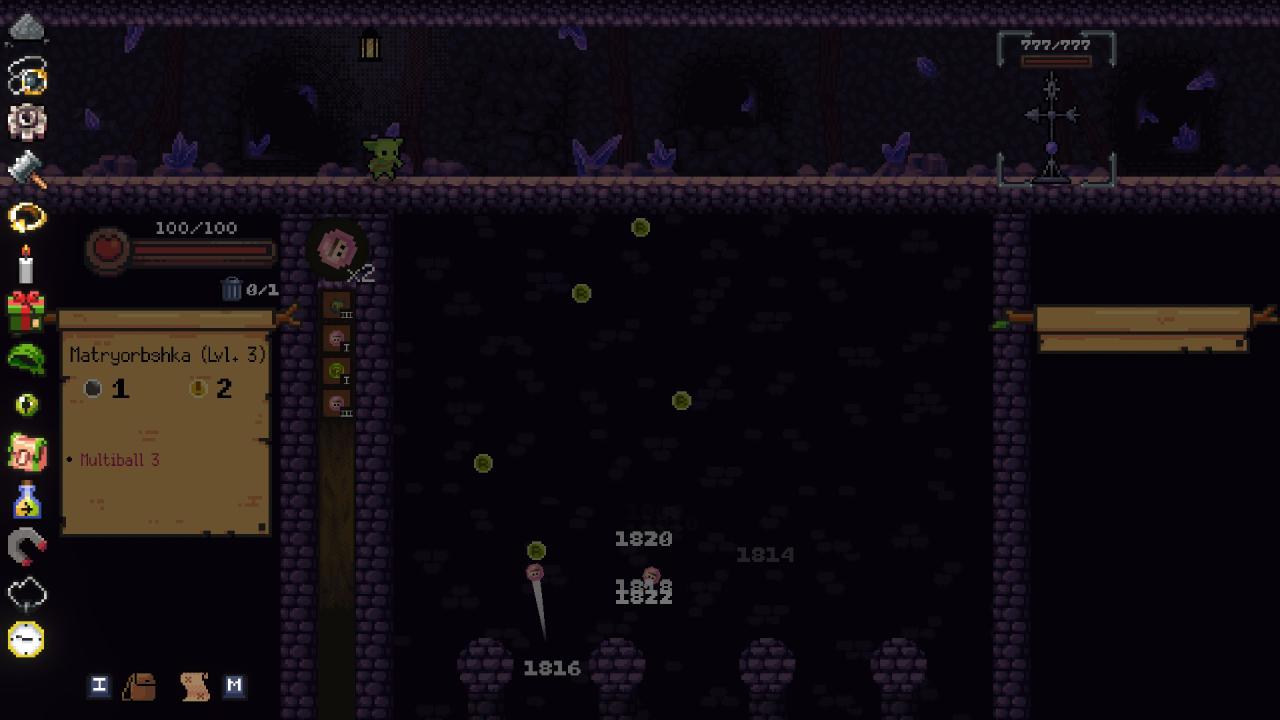 You get this by hitting every peg in any board (including bombs) at least once. You’ll know you got it if in the the navigation screen after a battle there are no more pegs left. You can also hit the last few pegs during the navigation screen if you need to. The same setup for Walking on Pegshells will work for this one, but you have to use the lvl. 3 Matryorbshka, though it’s also possible to take calculated shots on a first act miniboss event and get it.

Bramble an enemy for six turns in a row

This one’s a doozy. A few things need to happen for you to get this achievement, all very much luck dependant. You need one of these scenarios in your run:

Not only do you need those things to happen, you also need an enemy that’s tanky enough to endure a few hits without dying, since if you kill it the bramble stacks don’t get applied. AND it can’t be any fight with multiple enemies, since some enemies will just walk in front of brambled enemies and block further Bramball shots.

Without the Ring of Reuse, you either need to get 3 lvl. 1/2 Bramballs in a row against en enemy like an elite or 2 lvl. 3 Bramballs in a row. You can also hope to get a single lvl. 3 Bramball back to back after a reload, but that’s rare. With the Ring of Reuse, it’s a simple matter of getting 2 weak shots on an elite so that it gets the stacks or bramble.

Also, you do need to wait for the 6 brambled turns to go by in order to get this achievement, applying the stacks is not enough. It’s very tricky, but doable.

That’s all we are sharing today in Peglin All Achievements Guide, if you have anything to add, please feel free to leave a comment below, you can also read the original article here, all the credits goes to the original author Kawaii Desu-chan