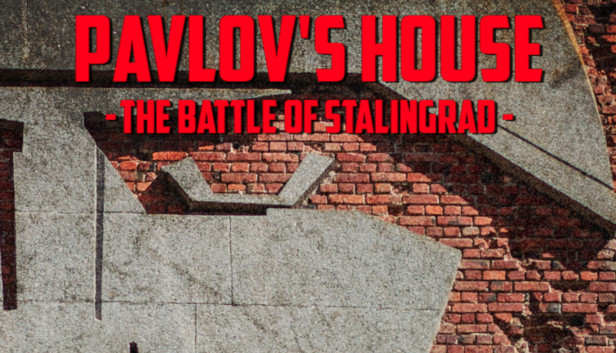 I thought it might be useful to share a few tips on how to get started in Pavlov’s House. Part of the fun though is figuring out your own strategy – feel free to try this but go with what feels right.

In the first Soviet card turn, I always try and get extra supplies into Pavlov’s House. In particular food and first aid. Eventually you’ll want Sappers and Ammo there as well, but in the first couple of turns this is the priority. The first resupply event happens around turn 4, so you need to ensure you have 1 food for every 5 men in the house at that point.

Because of the early resupply action, I try and avoid having more than 5 men in Pavlov’s House before this point. If I get plenty of food in early this may change of course.

Early in the game there are a lot of air raids, so in the absence of Volga transport units I like to prep anti-aircraft guns, and keep them firing.

I also like to put a Comms unit on space 17. The idea is that this creates a buffer in case of some bad dice rolls, and helps to ensure I don’t lose the game early on.

Finally, in the first couple of turns I try and get Chekhov into Pavlov’s House through a reinforce action. He’s expensive but worth it early in the game.

Turns 5+ and the mid game

After the first resupply action you need to start getting more units into Pavlov’s House (assuming you can keep food supplies going in).

Priorities depend on how quickly armoured units start appearing on the board. Ultimately you’ll want to get all three commanders on the board (since this provides an extra action and they can use their command action to keep units ticking over). And then I like to get a couple of anti-tank units out. It’s risky but I’ll often post them on the corners of buildings to cover a couple of tracks. Or keep them moving.

If the Wehrmacht tracks start to get crowded then Forward units are worth purchasing. You’ll need to prep artillery of course, but for one action and a good roll you can really ease any pressure on a single track.

I’ve not used the mortar much, but it has great suppression value, and getting this down in advance can probably make a huge difference.

I like to get Hoholov into Pavlov’s House as well. He only has an attack of two, but this is the next best after Chekhov.

Storm Groups are the real way to get a good score. I always take these if I can. I’ll always send one Storm Group specialist (usually Pavlov) because of the dice bonus. But only if I have first aid packs in the supply. Generally I’ll look at the defence score of a Storm Group card, divide it by three (assuming that’s a pessimistic average dice roll), and send this many men.

Finally (and it’s a lot to juggle) using sapper units to keep buttressing walls before they take many hits is the most efficient way to protect units.

That’s all we are sharing today in Pavlov’s House Getting Started Guide For Beginners, if you have anything to add, please feel free to leave a comment below, and we’ll see you soon.
Credit to Richard Berger