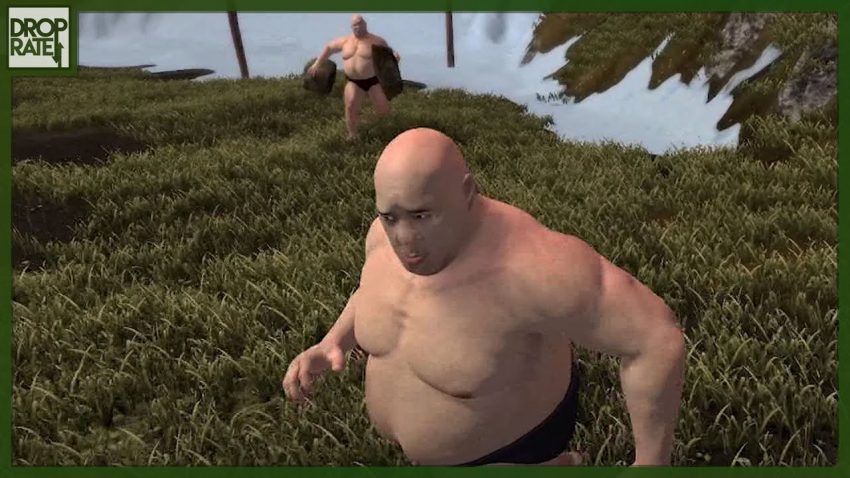 Here is some tips for noobs to start Paunch game.

When you enter the game or die, you SPAWN from one of the rocks in the field. This destroys the rock.

Sometimes, if the angle is right, a rock being used for spawning will have a red glow. This can be used to determine where the enemy is spawning and can give you an advantage in combat.

Left click will PAUNCH people when you are close enough to them and do not have a rock in your hand.
If you’re holding a rock, it will throw it. This is the main method of combat.
What PAUNCHing does is not clear.

DROPS your rock. Same thing as throwing the rock at the ground.
Dunno why you’d want to do this.

There are two ways to kill your opponent:
THROWing a rock at them.

Rocks do not have gravity. Their trajectory is always in a straight line from you to wherever you aim. There is only slight lag between when you throw and when it gets to the position you’re aiming at, which is due to distance.

There are two throwing animations in throwing: behind and 360. When throwing in 360, the animation takes significant time to complete and your arm (and rotating body) can be used to knock over people approaching you. If you do a behind-throw, the animation takes very little time to complete (leading to almost instant throws), but has less ability to swing about and knock the opponent over.

Tricks:
If you time it right, you can throw a rock at someone as they spawn.

Note, that you can kill someone with your arm by throwing the rock 90 degrees from where they are located, supposing they are close enough.

RUNNing at an opponent.

This is done by walking into the opponent. Spamming left-click may help win the situation.

When running at an opponent, it is unclear who will win. It seems to be based on the luckiness of your physics calculations, mainly on parts like the arms.

SCORing
If you win, however many kills you earned are deducted from your opponent’s score and added to yours.
If you lose, vice versa.
If your opponent does not have enough points, you still gain points and the other person end up at 0 points.

Additionally, there is a timer in the game. After a certain amount of time has passed, the game will announce that only 30 seconds remain, and you have that amount of time to kill your opponent.
If the timer runs out before one opponent dies during sudden death, then neither opponent wins any points.

If an opponent DC’s before the match is over, you automatically earn points equivalent to however many kills you got.

1 thought on “Paunch: Tips for Noobs”