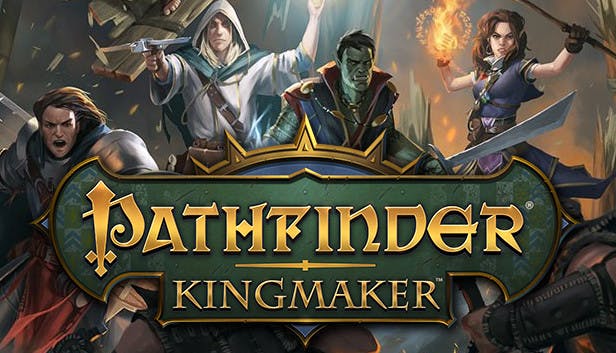 This guide is about Natural Weapon Attacks in Pathfinder: Wrath of the Righteous. This does not include wildshape and polymorph, as these are not confusing at all to deal with when handling Naturals. The common question is from folks who want to be a feral claw swiping tiefling with bites and horns.

Natural Attacks are simply coded as weapons in PF:WotR just like they were in PF:Kingmaker. This means they are not considered Unarmed Attacks and will not work with Monk features. They are not Monk weapons. They have the Light property and can be weapon finessed. They weigh nothing at all and they do not count as Two Weapon fighting (duel wielding in layman’s terms). They can be scaled by certain class features that either grant Natural Weapons or anything that imbues weapons with enhancements.

Claws are like having weapons in your hands, you may attack with them any time you may make an attack. Bites & Gores require a full-round attack action (that means don’t use a move action or other full round actions). The exception to moving and full-round attacking is the Pounce feature for Charge actions.

The most common Natural Attack desired are Bites. These can be granted by:

Bites stack. You can gain multiple bite attacks it you want to. I’m not sure just how many you can acquire in total. They are extra attacks. You will not see your bites equipped on your inventory screen, check your Martial character panel to see your available bites.

Sometimes you just want to rip & tear into your foes like a wild beast. All **claw attacks are Primary attacks. Sources of claws are:
READ:  Pathfinder: Wrath of the Righteous Reading Benefits

Claws granted by bloodlines are the most powerful baseline to use. Feral Mutagen is pretty good. Hex-Nails & Hag’s Claws are the weakest claw attacks in the game (1d3 damage).

**Claws are like weapons, they can only be held in your open hands (forelimbs). Limiting you to two claws only. They are not bound to offhand penalties and are unaffected by Two Weapon Fighting features. They are not Monk weapons & they are coded as equipped items so you cannot use Unarmed features/abilities with claws or other natural weapons..

Like bites, check your Martial panel in the character screen to see your listed Gores. They do not appear as equipped items in the inventory.

I am not going to title this section Strength V. Dexterity because its a choice, not a debate.
READ:  Pathfinder: Wrath of the Righteous Basic Crusade Strategies Guide

If you don’t want to take Slashing Grace a bunch of times, and you don’t want to waste multiple levels into Rogue for Finesse Training; I have good news for you! As early as Act 1 you will find somewhere an Amulet of Agile Fists which works like Finesse Training but for Unarmed & Natural weapons. Another option is to spend a valuable Mythic feat on Mythic Weapon Finesse which also grants DEX bonus to damage rolls but for ALL finesse weapons.

If going DEX, you can dumb STR if you are getting Power Attack & Cleave from the Bloodline Extra Feats you get at level 12. I do anything to get Cleave & Combat Expertise on melee characters.

I’m not going to mention multiclassing for the sake of deciding whether STR or DEX is more defensive. Any dip into Monk or Slayer(Imitator) will let you use WIS/CHA/INT for additional AC, but those stats are not STR or DEX and that is what this section is about.

This section will be updated as I learn more from playing the game or if comments tip me off to an item I am unaware of. For the sake of it, I will include Kingmaker equipment because they may be reused assets (Hey, its possible. Very common in game design).

I’ve never written a guide before. Anyway here are some little tiddly winks of information to take with you:

That’s all we are sharing today in BRAVELY DEFAULT II Complete Job Guide, if you have anything to add, please feel free to leave a comment below, you can also read the original article here,  all the credits goes to the original author Paper Red

1 thought on “Pathfinder: Wrath of the Righteous All Natural Weapon Attacks Guide”