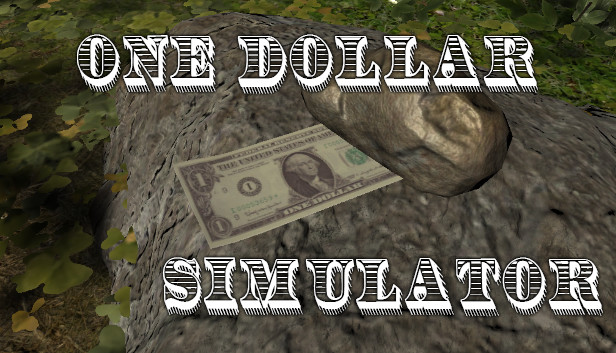 For One Dollar Simulator players, in this guide we’ll briefly discuss how to get all of the achievements in this game. let’s get started.

This game has a total of 5 achievements which aren’t the easiest to trigger. Each one of them is listed below with the corresponding explanation to help you get them.

Achievement 1: One Dollar
Yay. I have one dollar.

This achievement is by far the easiest one. The only thing you need to do to let this one pop up, is simply pressing the ‘w’ key on your keyboard. This is going to give you a first person view of the dollar, which is crucial for the other achievements. Once you’ve done this you should get this view: 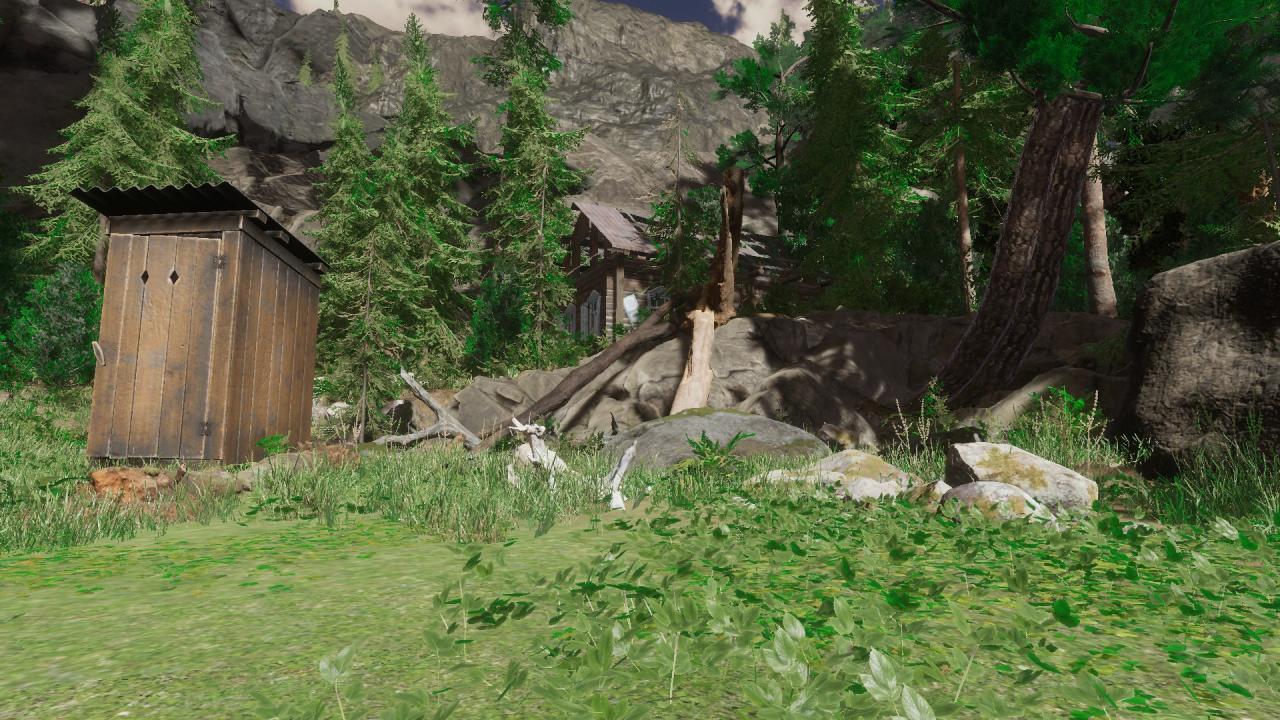 From now on things are going to get a litlle complicated. This game is built in a way that most of us are not used to. Normally most achievements are unlockable at any time and don’t require anything pre-set, but that’s not the case with this game. In order to get the 2 upcoming achievements you’ll need to unlock this one first, as it actually blocks progress throughout the game if not unlocked.
And let me warn you, this achievement can be annoying to trigger as it’s given quite randomly. The goal of this achievement is to use the radio that’s present in the environment, untill you pick up a weird wavelength. When you get this wavelength you’ll hear a completely different tone.

This tone is linked to the Linconshire Poacher, and is actually really interesting to learn about. If you want to learn more about what’s going on in the sound file, and what the woman is talking about, you can search for it’s wikipedia page. If you’re not interested in it, that’s fine as well, sice it’s not important to the upcoming parts of the game.

Now to interact with the radio, that’s on your right side, you need to press the ‘m’ key on your keyboard. Most of the time you’ll pick up a catchy and funky song, but that’s not what you need. The radio actually picks a random number between 0 and 100, which all represent a single wavelength. In order to get the achievement you have to pick up either the 55,66 or 77 wavelength. As far as I know, there is nothing you can do to increase the chance to pick up one of these wavelengths. 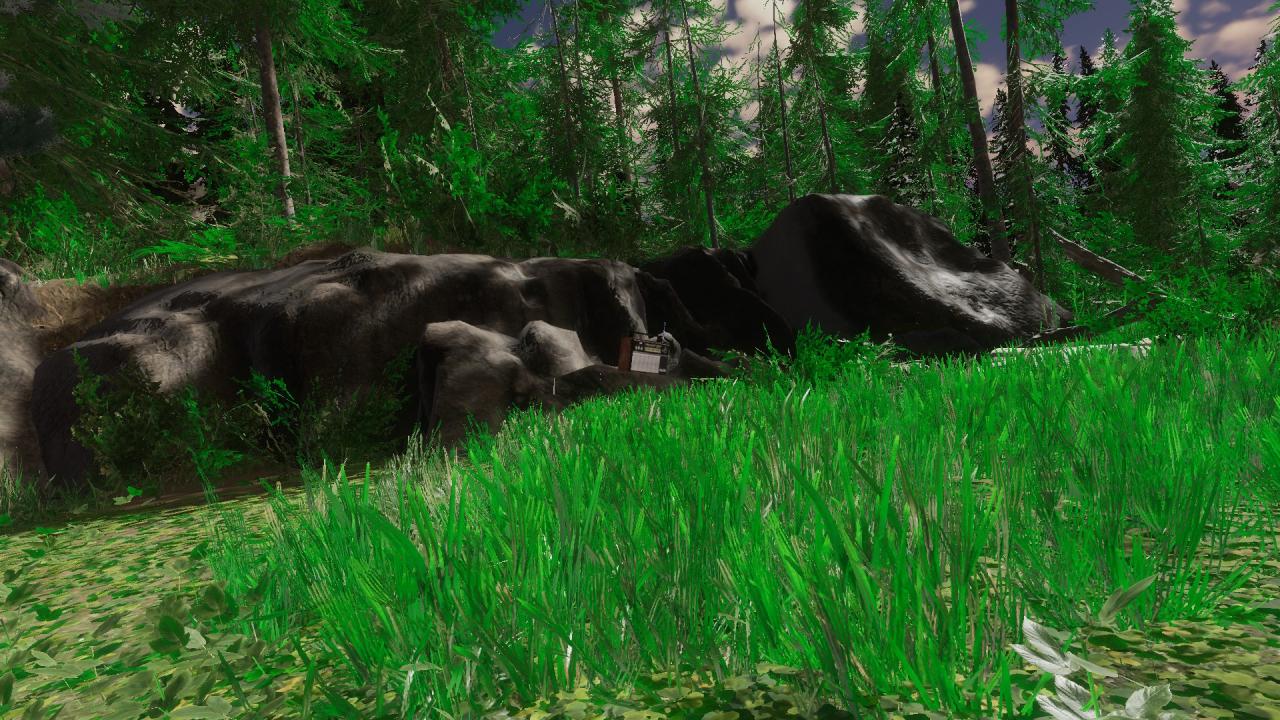 These 2 achievements require a lot of attention, and are unlocked right after each other. The first step is to unlock the Bird achievement. This one unlocks when you hear an owl in the background. To do so, you need to start your game at very exact moments, which is horrible to do, but can be bypassed quite easily. The owl is triggered automatically by the game when the game is started at the following moments: 1 pm, 2 pm, 3 pm, 4 pm or 8 pm (or 13:00, 14:00, 15:00, 16:00 or 20:00). Luckily for you guys, waiting has never been my biggest friend, so I tried to change some settings in order to speed up the process.

In conclussion the easiest thing to do is change the time of your device. Change it to a minute before the given moments, and as soon as your clock hits the hour mark, start up your game.
Normally you sould hear the owl immediately, but if you don’t you can press the ‘w’ key on your keyboard and see if this helps.

Once you hear the owl, the bird achievements should pop up. Now don’t start to celebrate too early cause within the same minute, you can unlock the number achievement if you keep carefull. The owl starts with 3 hoots (or whatever the sounds is that an owl makes), but after about 3-5 seconds he gaves one last hoot. After you’ve heard the last hoot, immediately press the ‘4’ key on your keyboard and you sould get the number achievement as well.

Note that I’m using a european keyboard and that I have both a seperate numpad as well as a row of numbers above my letters. The 4 that you should be using, if you’ve got a seperate numpad as well, is the one that’s above your letters, which should have another character on the key itself.
If you have trouble with this, try to use the ‘shift’ or ‘control’ key in combination with the number 4.

Because these 2 achievements are strictly done via audio, showing a screenshot has no extra meaning. Aiming towards objects also doesn’t do anything that could help you.

To finish things up we’ve got the rarest achievement of the game. Weirdly enough this one is actually one of the easiest ones and can be done at a random time without anything pre-set. So you can unlock this achievement even before the 3 previous ones. This achievement exists out of 2 parts/steps.

Step 1: The first thing you need to do is try and get the view that’s shown in the screenshot underneath. To do so, you’ll need to get to the first person view in the first place. After this is done, you’ll need to zoom in on the wooden toilet (done by using your mouse wheel). As soon as you start zooming in on that toilet use ‘Control’ and ‘T’. This should trigger the gasmask to pop up.
If ‘Control’ + ‘T’ doesn’t do the job for you try to replace the control key with the shift key. It really depends on your region and keyboard, but this has done the job for the people I’ve already helped. 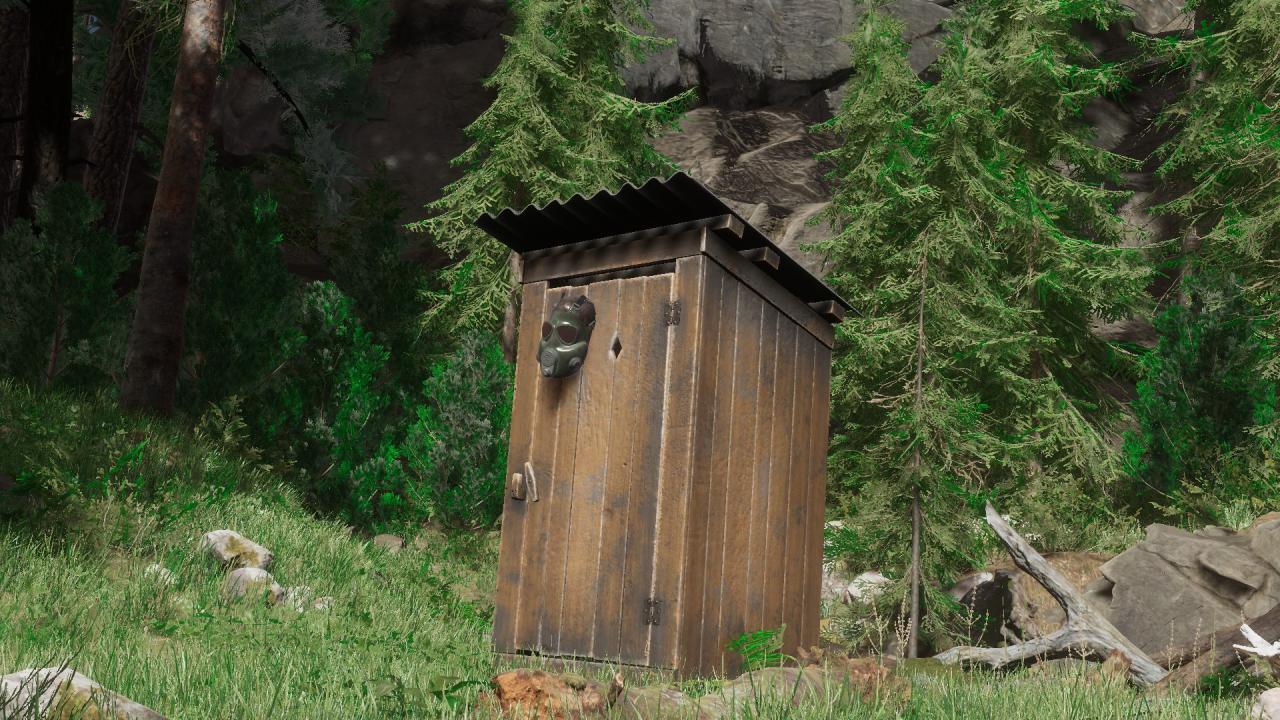 Step 2: Once you’ve gotten the gasmask the hard part is actually over, and the only remaining thing you need to do is: nothing….
I know this sounds unbelievable, but it’s true. Just look away to the right side till the toilet is out of the image, and go back to the toilet right away. Then wait for about 30 seconds – 1 minute and you should get some black words that appear on the toilet door right underneath the gasmask.
Make sure that you aren’t doing anything in the time that you need to wait. Just let that minute pass and get your hands of your keyboard and your mouse and you should be good. 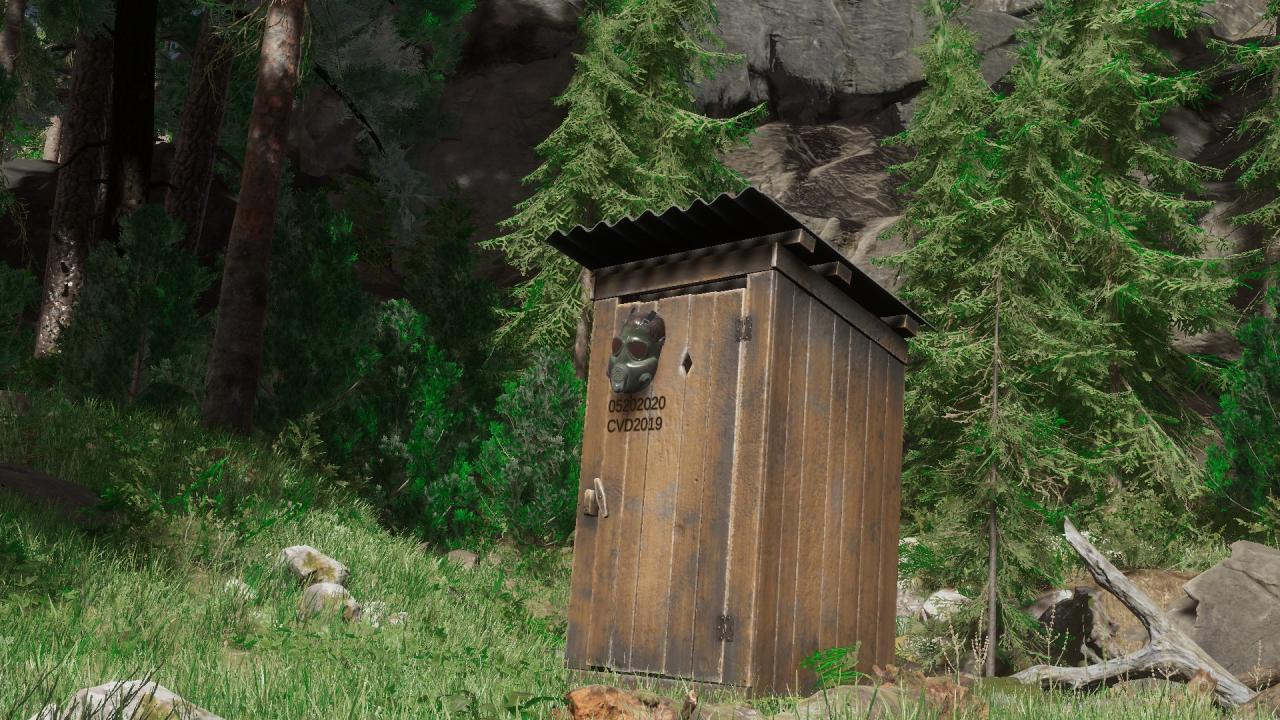 Now that all the achievements are thoroughly discussed you’ve reached the end of this guide. I really hope it has helped you, but if you’ve still got some questions you can always try to add me and ask me questions about the game.

That’s all we are sharing today in One Dollar Simulator All Achievements Guide, if there are anything you want to add please feel free to leave a comment below and we’ll see you soon.