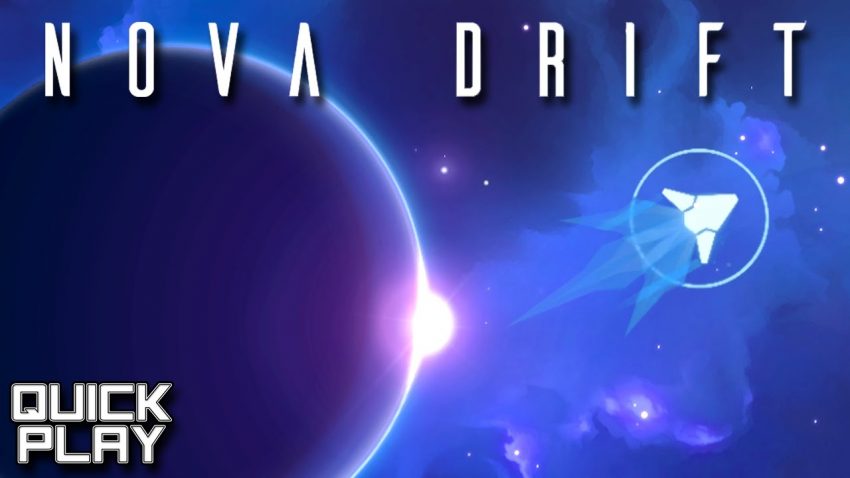 Build guide for becoming the most powerful force in the known universe: a supersonic, superheated, self-guided, nigh-indestructible kinetic energy penetrator.

This build guide covers one of, if not the most, powerful builds currently possible in Nova Drift. The basic idea is to become incredibly fast and durable, then ram into things while also burning everything around you. You don’t need a weapon when the most powerful weapon is you! I didn’t invent this build, but I’ve tried to optimize it. Feel free to comment with suggestions.

My best run so far reached wave 2050 and 22.4 million score. It was previously #2 and is currently #4 on the Wild Metamorphosis leaderboard. Note that I accidentally took Streamline by pressing Spacebar twice, so that may have shortened my run. 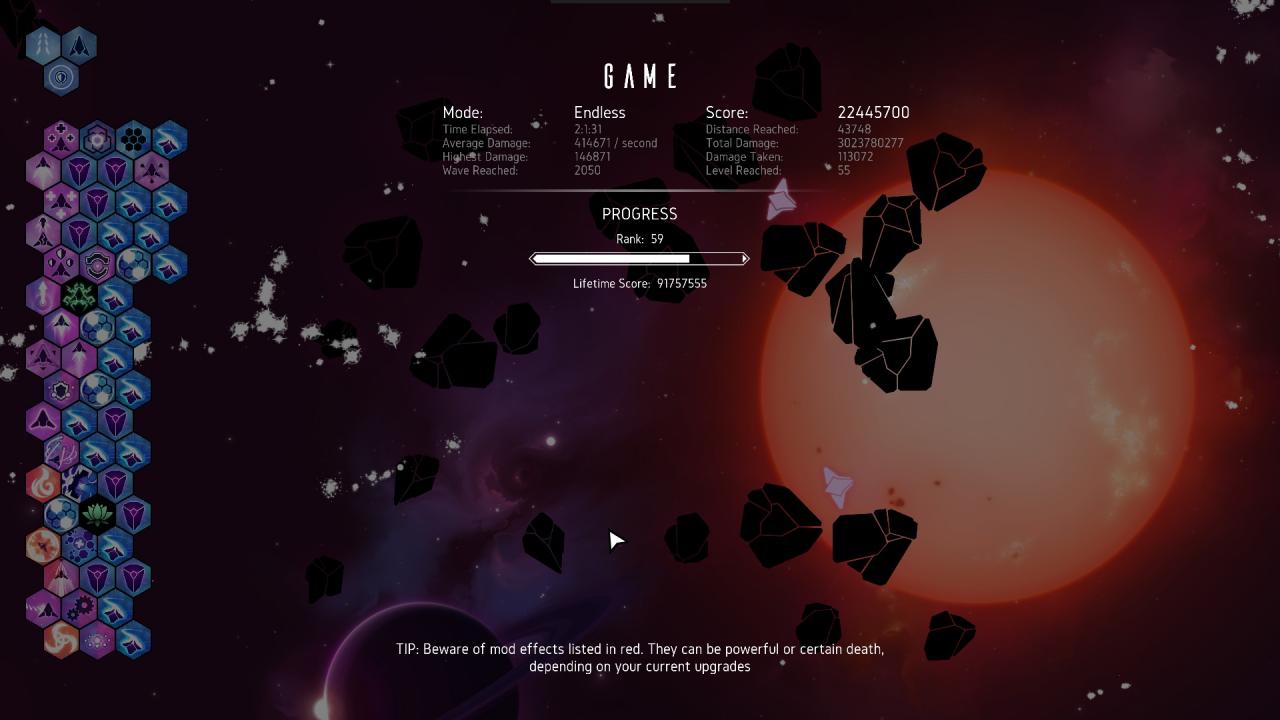 Rerolls are very valuable in this build, so don’t waste them in the early game.

Obsession is a trap, in my opinion.

Lean on Skirmish and Rebuke for mid-game leveling.

Screen wrap from top to bottom in the late game.