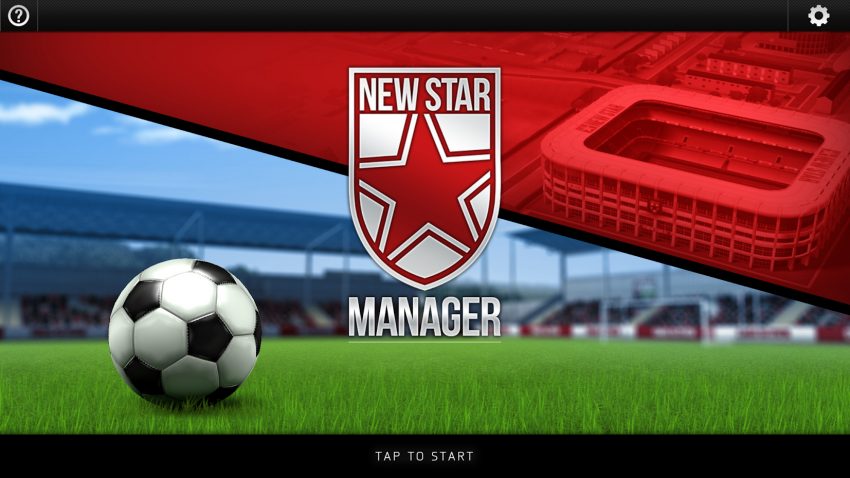 In this guide I will show you how to edit your money, staff and squad. I will also include a link to a perfect team (consisting of Celtic’s first team squad and some notable additions like Henrik Larsson) and perfect staff (named after some Celtic managers).

If you don’t want to or don’t have the confidence to edit the files. Feel free to download my files at the end of the guide. This will save you a lot of time!

To make changes to the files you have to locate them in your steam directory. The easiest way to do this is to Right Click on New Star Manager in your steam library. 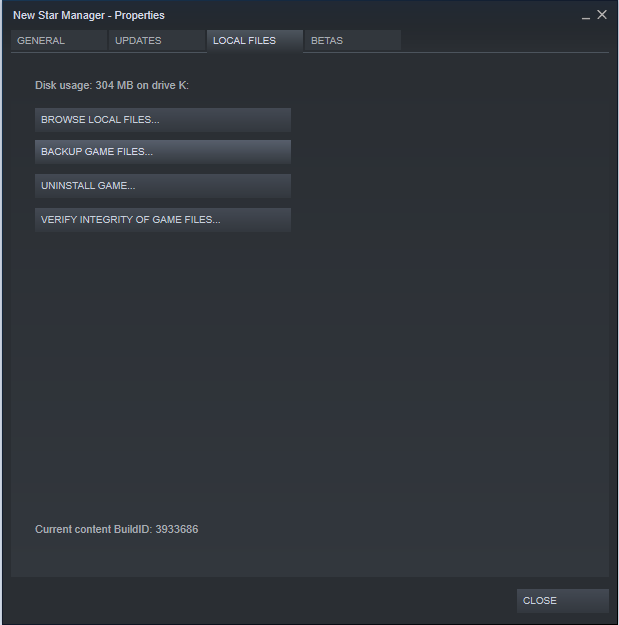 In this folder you will find a lot of files called MONKEYSTATE Files. These can be opened and edited using notepad.

BEFORE MAKING ANY CHANGES AND MESSING WITH THE FILES, ENSURE THAT YOU BACK UP THE FILES TO ANOTHER DIRECTORY BEFORE CHANGING.

There are three save slots for Newstar Manager and each requires 15 files within this directory.

For this guide we will be exploring the first three files. I have used the x prefix here instead of the slot number. I would suggest you copy and rename the file to this until you are finished. Then you can back up the original file before making any changes. Once you have finished with any changes you can rename the file back to 0,1,2 depending on the save slot you want to change

Editing money is the simplest of changes to make. In the screenshot below you will see the managers name, John, Wick, followed by some numbers.

The third number after the name is your starting cash. In this example 759379077. You can change this value to give yourself lots of cash. WARNING, I tried with a really large amount of money and the game would crash. I use 800000000 this works and has never given me any problems. 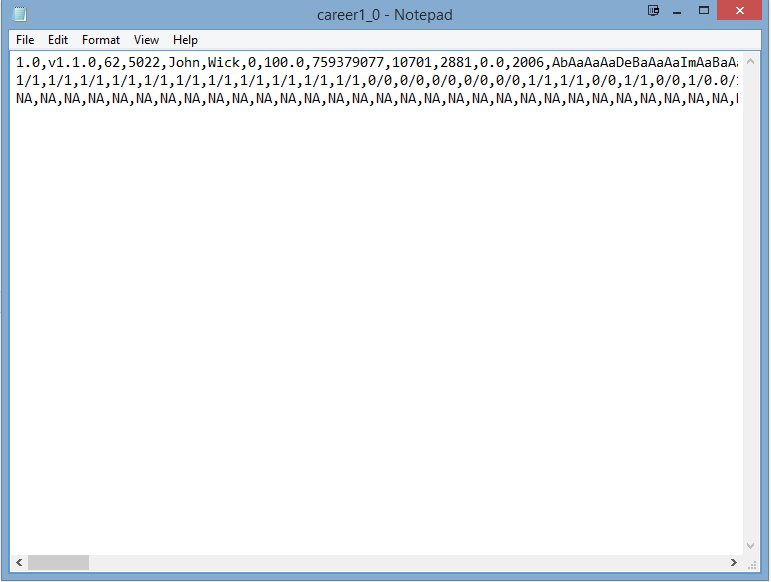 I haven’t messed around with any of the other numbers yet so am not sure what each does. Once I have played around and figured them out I will update this guide.

Here is my staff: 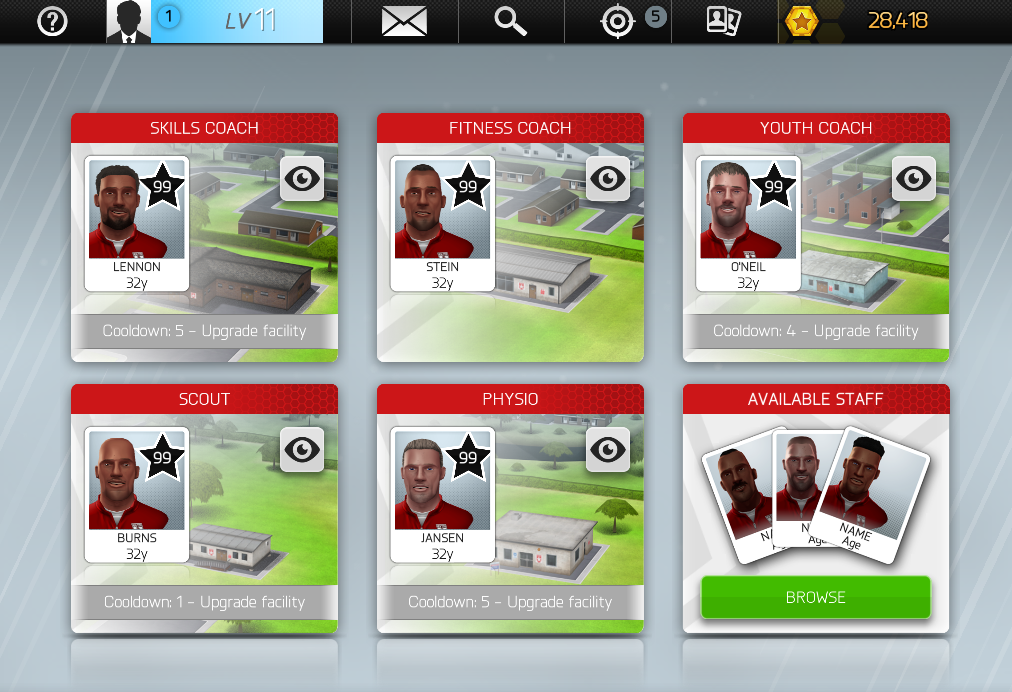 When you first open file Careerx_1 it should look something like this: 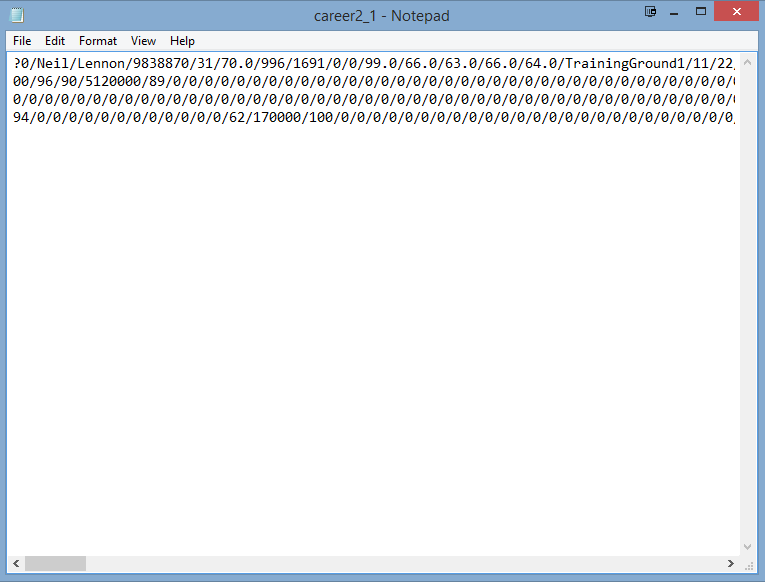 I haven’t fully explored all of the data here yet. You will see in the player section i have played around more.

Each staff member starts with a question mark followed by number ?0, this makes it easy for you to search quickly for the staff member you want to change.

The first line for each should look something like this:

Other than that I am still playing around with this file and will update as I discover more.

This section is the trickiest and as a result I have spent way more time on editing players. 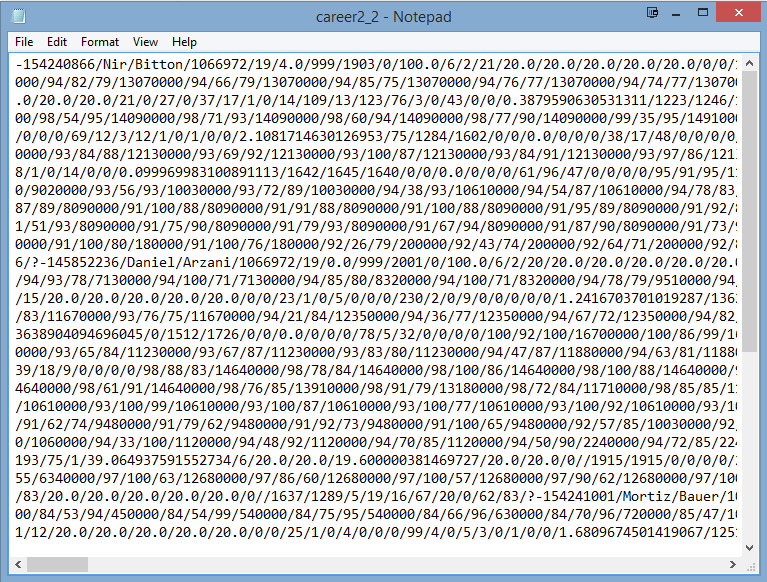 Ok, I know this is a bit overwhelming so to make it easier to understand I converted it into a spreadsheet, made the changes then converted back. You don’t have to but I did for my own sanity and to help keep track of the changes and it made it easier to identify patters and figure out the numbers. See below. 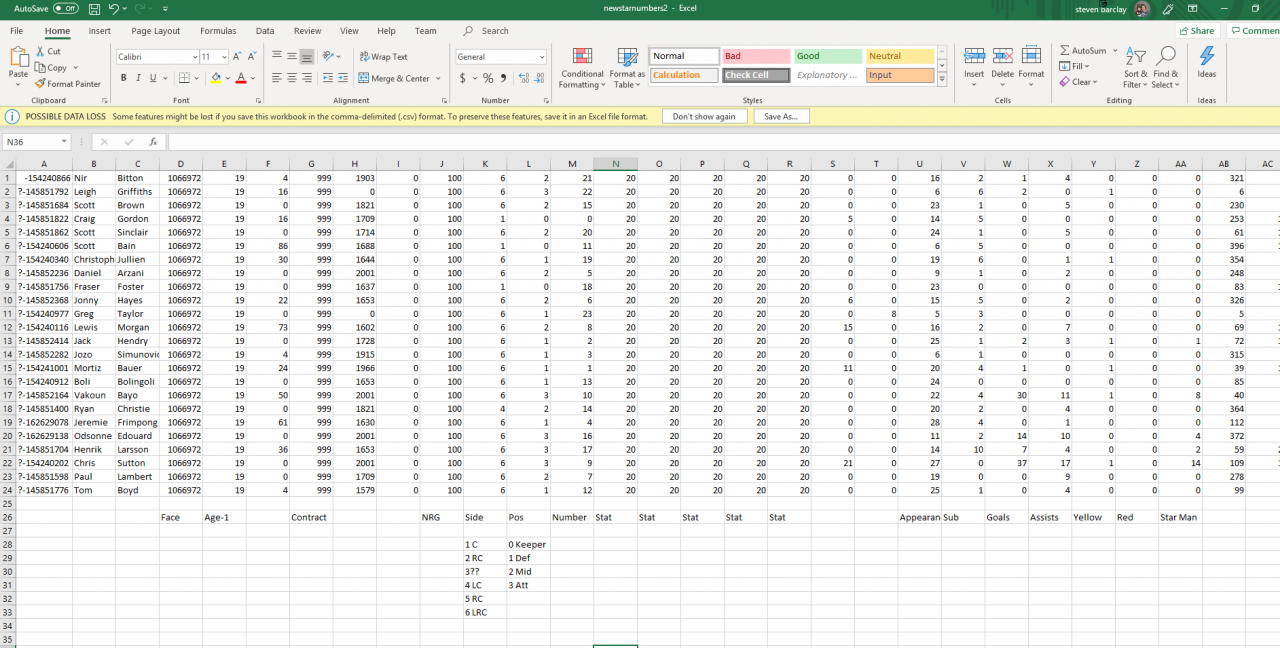 Column A – is the start of the players number, other than the very first one they all start with ?- this will make it easier for you to quickly search. I don’t believe it is a unique identifier as I accidently gave two players the same number and it made no difference. Ignore this number for now and leave it be.

Columns B + C – are the player firstname and surname. Nice and simple

Column D – is the players appearance, I changed them all to the same number and now my entire squad is identical 🙂

Column E – is the players age – 1. So if you change it to say 19 the player will be 20. I played around with this making players as young as 12 and it still worked.

Column F – I have no idea but I think it also has something to do with age? Leave it alone for now.

Column G – is their contract. How many games they have left to play before you need to resign them. I changed all of mine to 999.

Column H and I – No idea, haven’t figured this out yet.

Column M is the players squad number, this must be unique starting with 0. so if you add any extra player, make sure that all players have a different number. In my squad I had 24 players so the number ranged from 0 – 23 with every player having a different number. Be very careful with this one.

Column S and T – No idea what these do.

That is all I have figured out so far but is enough to craft your own perfect squad. Or you can download mine in the section below. My file has members of the current Celtic Squad and a few notable legends 🙂

If you are happy to use my default team and staff you can download them below.

You will have to change the filename to match the save slot you want to change.
PLEASE BACKUP YOUR FILES FIRST.

For example if you want to change the players in save slot 3 then rename the file from:
careerx_2 to career2_2

If you use cloud save you may get a warning message (see below), choose the option for local file and this will overwrite the cloud file. 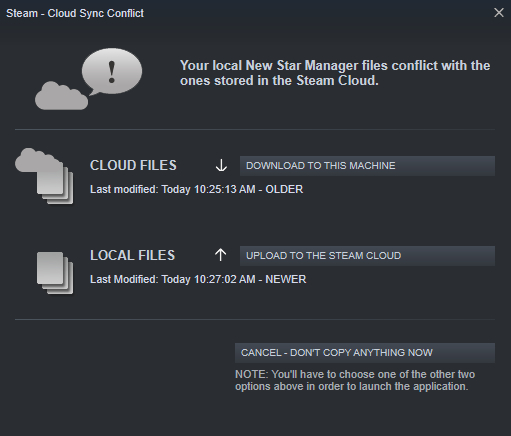