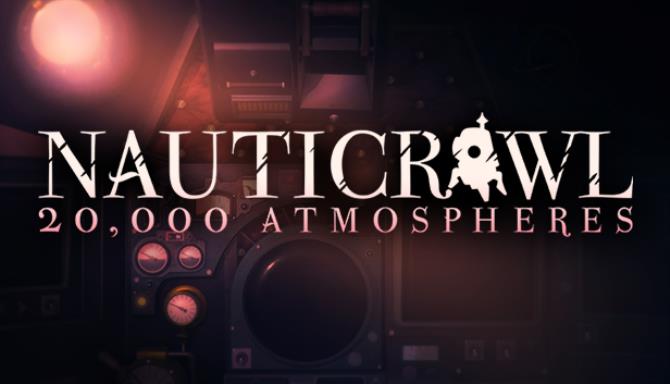 As I sit in the plush interior of my now well-furnished Nauticrawl, I transcribe these words of wisdom for all who would follow The Path. Soon I will depart, and maybe so will you.

In my guidance I will largely be coy, because this is a game about figuring things out for yourself. But I understand that sometimes all you seek are answers, so I will leave only the truest of statements under spoilers for those who are sick of deciphering riddles. I just want to help, after all.
Operations and Obligations, a guide to your omni-environmental vehicle
The Nauticrawl is perhaps the most versatile vehicle you will ever pilot, and with a softly-carpeted interior as well. Like all machines it will only ever do what you instruct it to, but where we use words it uses more tactile means of conversing. What I’m saying is that you are going to have to pull all the levers and press all the buttons in order to divine their functions.

Here are some general rules you can count on.

There are a few definite DONT’s when it comes to piloting your Nauticrawl, abide by them.

And here are some specific tips to make your travels smoother and safer.

Learning to use your Finder is key. It is one of the most essential pieces of integrated technology in your Nauticrawl and following its guidance will ensure you spend far less time puttering about, running out of fuel, and crying over your map.

Thankfully its also very simple to use. Just follow this simple rule:

Really! That’s it! It also helps to read the words underneath said wiggly line, so that you know where you’re going. The more ominous and scary something sounds, the more you should be heading towards it. Unless its a landsquid.

If you want more explicit instructions than that, here’s a handy-dandy step-by-step guide on how to really get away from it all. The spoilers contain direct instructions, if the hints provided for each step are too vague for you.

1# Learn how to pilot good. This stage is basically a long corridor. Follow the Finder. Mount new equipment you find. New equipment can mean switches do new things. To make it off of the tutorial island you’re going to have to figure out how to move your majestic Nauticrawl around without exploding or being riddled with bullets. Beyond that, the first area is relatively straightforward. You’re looking for the Crystal Tower, once you find it just nethook in, retrieve the crystal, and mount it. Once that is done, those three switches beneath the rightmost screen become usable.

2# Find someone to help you. Sometimes shady dealings are all you’ve got. Pick any, it literally doesn’t matter. Do not attempt to traverse radiation storms. Once you’ve taken to the air and realised none of the controls will respond and your map is blank, you may begin to feel panic or frustration. That is normal. Instead of screaming though, use the panel in the lower right corner to broadcast a signal of 0, 1, 2, 3, 4. This will bring a friend to you. Progress their dialogue, accept their deal, and your map will be filled out. Progress to an island of your choice, it literally doesn’t matter which.

3# Follow the Finder. Don’t walk into the deadly deadly redness. Remember to mount new equipment you find. Use your new tool on everything in your way. Landsquids are not your friends. Once you’ve found your way, follow it! Once you’re on your next island look at the finder. Head towards the Royal Arsenal and nethook in to get access to that thing below the nethook that I’ve just now realised I don’t know the name of. I’m just going to call it the gun panel, because thats what you’re gunna use it for. Now that you can gun things, go find the altar terminal and its deadly deadly laser fence. Gun the pillars (there’s actually 5, even though its a rectangle) and then progress to the center and retrieve co-ordinates and a new crystal. Take off and head to the lighthouse.

4# Follow the Finder. The scarier and more ominous the thing, the more you need to deal with it. Open the door. Plunder to your hearts content. Something that seems ornamental, isn’t. Look at your Finder. See/hear the Guardian prowling around and making scary noises? Go gun it until it stops. Take its key, go open the gate, and loot the lighthouse. The salt IS important. Once you’re in the air again, pull the golden-wreath thing above the crystal and charge hyperdrive. With just a little more fiddling, you’re home-free to find your way among the stars. Congratulations on beating Nauticrawl!