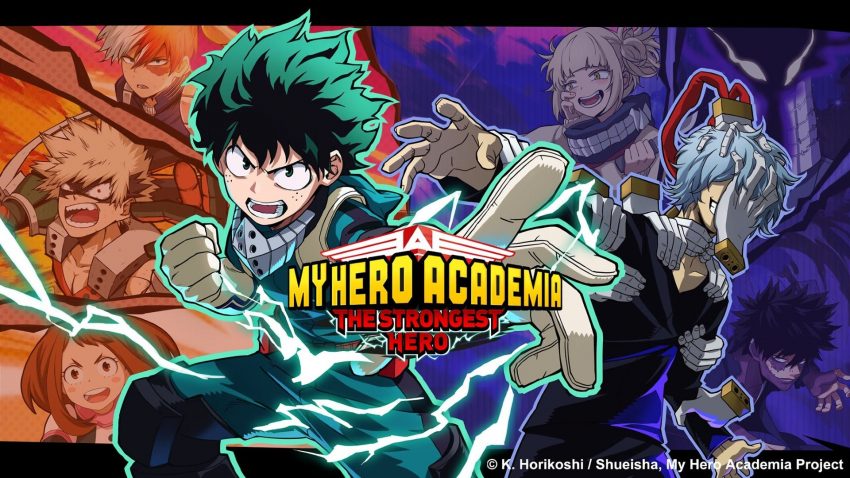 Since My Hero Academia: The Strongest Hero is playable, it might be good to know which characters are doing well. For the occasion, we have prepared a tier list for the launch, so you can make the right choices.

You want to reroll, but you don’t know who to choose? You’d like to start with a character that won’t be “outdated”, or maybe even isn’t already? Then feel free to have a look at our tier list, which will of course be updated as we go along. Please note that due to the advance of the game in some countries, we also take into account their “future” in this tier list. Good luck to all !

What can I say? Excellent unit in PvP, above the other characters of the launch. Shota Aizawa will stay strong for a long time. If you are really serious about VS mode, you will have to do everything to get him. No word yet on when it will be available, or if it will be given away like in the beta.

Excellent character, that we would probably place a notch below on the PVE content, which is still very correct. But in terms of PvP, it’s an excellent unit, not necessarily easy to play, but will clearly dominate in the beginning with Aizawa.

Like in the manga, All Might is just too strong. His strength is that he’s both very useful in single player content, but he’s also very strong in PvP. He has armor, his tornadoes are horrible to deal with. He’s perhaps the character we recommend the most, because of his usefulness. We’ll see when he comes out on the Global.

READ:  My Hero Academia: The Strongest Hero How to Reroll on iOS and Android

Todoroki is an excellent character who can attack both at range and in close combat, and can switch his attacks from one element to another by using them. This makes him adaptable to a lot of situations, and he really does well in PvP, and does well in PvE. He’ll be much stronger once he gets to SSS.

Very interesting character, especially in PvP! He is mainly played at distance, and if well mastered, can quickly frustrate your opponent. He will remain strong even afterwards, because he has a very special style. A good choice.

Kirishima is not so easy to master. He is quite good at the beginning of the game, but what makes him strong is his counter. And like any self-respecting counter… You will have to read your opponent’s movements. It will take you some time to adapt, and a good reading of the opponent’s game. Afterwards, however, he will be less and less strong.

Deku is your first hero, and he’s pretty good. He’s solid, he’s good at a lot of things, he’s got great combos, he’s mobile, he hurts… Really a great character to invest in, because you will keep him for a long time.

Momo is a good character who has a lot of use, especially in PvP. She can put a turret on the ground, which allows her to hurt the opponent while playing around it. She can change her weapon, and thus her play style, which makes her really interesting because she can adapt to different play styles. It will eventually go down in the tier list though.

READ:  My Hero Academia: The Strongest Hero How to Reroll on iOS and Android

Urakaka is what we call a boring character. She is not particularly strong, she lacks damage, but her utility in PvP is quite interesting, because she can levitate, and become difficult to hit. You may rage against her while you understand the matchup (small tip, wait for her to fall back to attack her right away).

Bakugo hurts, but it takes way too much damage. You’ll have a hard time on the more difficult content, and also in PvP. We recommend investing in another character, but if you’re really into Bakugo, play carefully!

Its gameplay is very original, but unfortunately it is not that strong. We strongly advise you not to invest in this character. Hopefully an update will improve it!

Character that doesn’t really pull its weight in the game. Weak in PVP, weak on the most difficult PVE content. To be avoided.

One of its main strengths is that it can take damage quite well. But he does almost no damage, is almost useless in PVE. Don’t invest, unless you are a big fan of the character of course!

That’s all we are sharing today in My Hero Academia: The Strongest Hero All Characters Tier List Guide, if you have anything to add, please feel free to leave a comment below, and we’ll see you soon.

1 thought on “My Hero Academia: The Strongest Hero All Characters Tier List Guide”